(ORDO NEWS) — For decades, scientists have been gathering evidence that there is a vast ocean beneath the icy crust of Jupiter’s moon Europa that could possibly harbor life .

Now, scientists are gearing up to send the Europa Clipper mission into orbit around the Jupiter system as they try to learn more about the subsurface ocean and the ice that covers Europa.

One way to study Europe is to look at similar conditions here on Earth. Scientists believe the conditions found beneath Earth’s Antarctic ice shelf are analogous to Europa’s subsurface ocean and will help them determine how the moon’s ice sheet builds up.

A new study published in the journal Astrobiology looks at a unique phenomenon in the Antarctic Ocean called underwater snow. Here the ice rises up to the bottom of the ice shelf and is attached to it in fluffy mounds.

Scientists have come to the conclusion that this same phenomenon can probably be found on the moon of Jupiter. It participates in the creation and replenishment of its outer ice shell.

According to study co-author Donald Blankenship at the University of Texas at Austin, studying this phenomenon on Earth will help scientists investigate the habitability of Europa.

“We can use the Earth to estimate the habitability of Europa, measure the exchange of impurities between ice and the ocean,” he said in a press release. 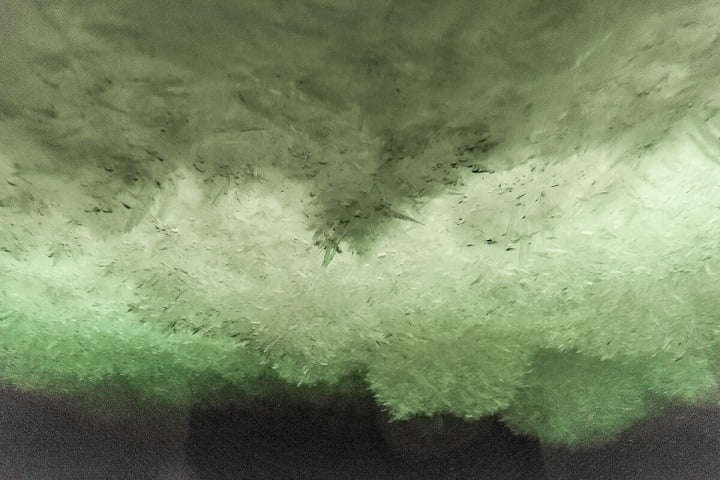 Blankenship is also the principal investigator for the Europa Clipper radar instrument, which uses a radar capable of looking under an ice shell. In this way, scientists will be able to see if Europa’s ocean could be habitable.

Scientists hope to one day send a submarine or a swarm of floating robots to explore Europa’s ocean.

Previous research suggests that the temperature, pressure, and salinity of Europe’s closest ocean to the ice are similar to those under the ice shelf in Antarctica.

The team of researchers said that knowing what kind of ice Europa’s shell is made of will help determine the salinity and habitability of its ocean.

Under the thick icy crust of Europa there is a huge ocean, despite the large distance of the satellite from the Sun.

The ocean of Europa exists because of tidal heating, when Jupiter’s moon is constantly either stretched or compressed as a result of rotation around Jupiter.

In addition, Europe is also constantly attracted by other satellites – Io and Ganymede. Tidal heating causes friction within Europa’s core, which eventually melts the interior ice, turning into a massive ocean.

Scientists believe that Europa’s ice shell is 15 to 25 kilometers thick and floats in the ocean at a depth of 60 to 150 kilometers.

Even though Europa is only one-fourth the diameter of the Earth, scientists believe its ocean could contain twice as much water as all of Earth’s oceans combined.

A new study says underwater snow is much cleaner than other types of ice. This means that Europa’s ice sheet may be much less salty than previously thought.

This is important for calibrating the Europa Clipper radar instrument, as salt embedded in the ice can affect how deep the radar can see in the ice envelope.