(ORDO NEWS) — Flying cars were not as easy as many thought a few years ago. To fit them into urban conditions, you need not only technology, but also relevant laws. In the meantime, many companies are working ahead of the curve, developing flying vehicles, which will have to press ground vehicles in due time.

This will happen, judging by the voiced readiness dates of flying machines, at the end of the current decade.

For example, Urban Aeronautics is reportedly doing quite well.

CityHawk’s vertical vertical take-off and landing development is progressing on schedule. In particular, this week an agreement was signed with HyPoint to develop and supply hydrogen fuel cells for a flying car.

CityHawk will receive two fuel tanks and two hydrogen fuel cell blocks, as well as two 952 hp electric motors. each: one located in the front and the other in the back.

Thanks to “Fancraft technology” and special air ducts, the flying car will be better controlled and will become very fast, safe and quiet. Hydrogen technologies promise quick refueling. 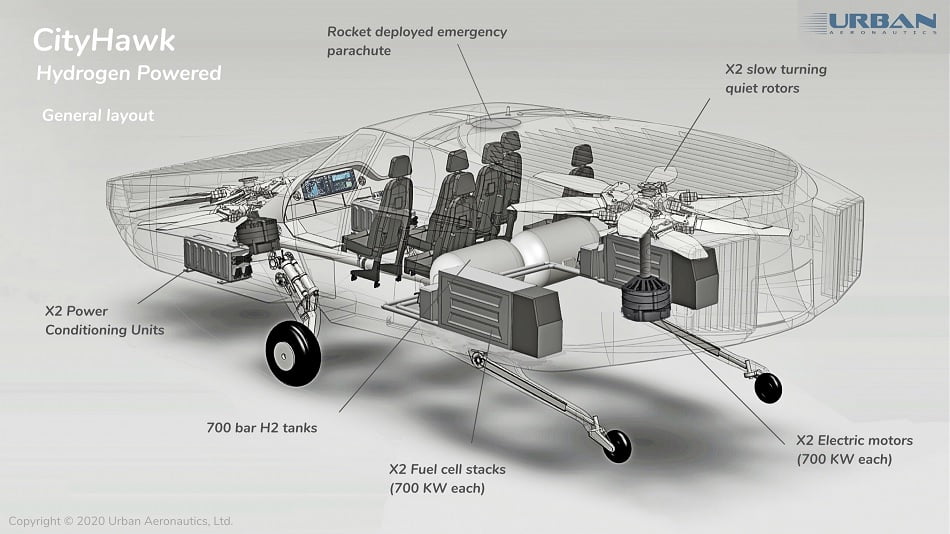 The resource of the power plant will be about 20,000 hours – this is 833 days or more than two years of continuous flight. Given that cars are used for about 2-3 hours a day, the resource of the aircraft will last for 27 or 18 years.

CityHawk can reach speeds of up to 201 km / h, and the fuel supply will allow it to overcome at a time up to 161 kilometers. Due to the small power reserve, the car is planned to be used as an air taxi or for rescue operations.

The nights on earth are getting hotter

The nights on earth are getting hotter