(ORDO NEWS) — If humanity continues to burn fossil fuels and release carbon dioxide into the atmosphere, global warming will eventually melt all the ice at the poles and mountain peaks. Now on the planet more than 5 million cubic miles of ice – according to scientists, it will take more than 5000 years to melt all these reserves.

The average temperature, which is now 14 degrees Celsius, will reach 26.6 degrees, and sea level will rise by 65 meters.

These maps show what the world will become like if all the ice on Earth melts and becomes part of the oceans. The current coastline is indicated by a thin white line.

The entire Atlantic coast will disappear, along with Florida and the Gulf of Mexico. The hills of San Francisco will turn into a cluster of islands, and the Central Valley will become a huge bay. The Gulf of California continues north and engulfs San Diego.

The Amazon basin in the north and the Paraguay river basin in the south will become bays in the Atlantic Ocean, Buenos Aires, coastal Uruguay and most of Paraguay will disappear. Remain mountainous areas along the coast of the Caribbean and in Central America. 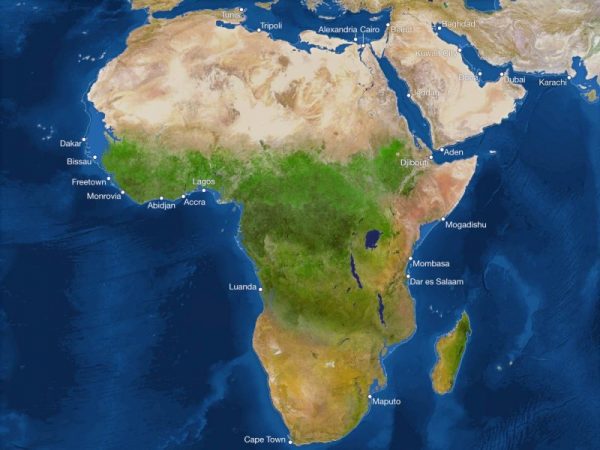 Compared to other continents, Africa will lose less land, but warming can make most of it unsuitable for life. Egypt, Alexandria and Cairo will be flooded by the spilled Mediterranean Sea.

From London there will be only memories, Venice will flood the Adriatic Sea. After thousands of years, according to this scenario, the Netherlands will be resting under water for many years, most of Denmark will also disappear. Spilling waters of the Mediterranean Sea will join the Black and Caspian. 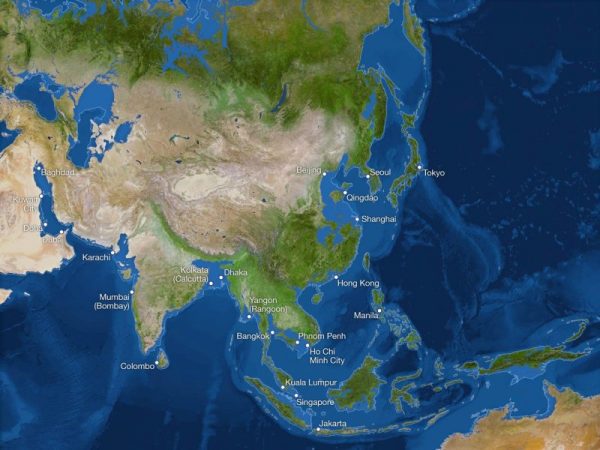 The land on which 600 million Chinese now live will be flooded, as will the 160 millionth Bangladesh and most of the coastal areas of India. The spill of the Mekong Delta will cause the Cardamom Mountains in Cambodia to become an island. 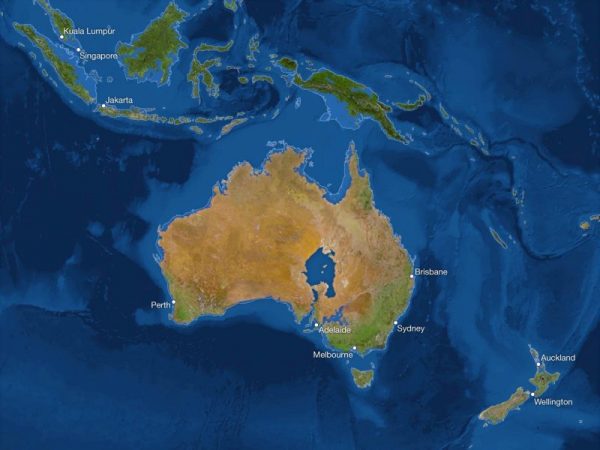 On the continent, which is now mostly deserted, an inland sea will appear, but most of the narrow coastal strip will be flooded, namely four out of five Australians now live on this territory.

The ice sheet of East Antarctica is so large that it contains four fifths of all the ice on the planet. He survived earlier periods of warming and may seem unsinkable. Lately, it seems to be getting a little denser – due to global warming. The warm atmosphere contains more water vapor, which falls in the form of snow in East Antarctica. But even this giant is unlikely to survive a return to the Eocene climate.

Like the Greenland ice sheet, the shield of West Antarctica in the previous warm periods was much smaller. It is vulnerable because most of it is located on solid rocks below sea level. The warming ocean melts the ice cover from below, causing it to collapse. Since 1992, an average of 65 million tons of ice has been declining.