(ORDO NEWS) — Medieval German traditions were often quite strange. At least according to our modern understanding of things. One of the most curious concepts was the marital duel, in which husband and wife were pitted against each other in a deadly fight.

Medieval justice was very peculiar. I can give a quick and curious example of animal trials. Cats, dogs, bulls, caterpillars and other creatures of God were sent to the scaffold for various offenses against humanity.

Even relatively recently, in the 18th century, such nonsense continued in France: once a severe death sentence was passed on a cow. No less interesting is another judicial tradition of the Middle Ages – marriage or matrimonial duels, which were common in the German principalities until the middle of the 16th century.

The solution of a legal dispute with the help of a duel was a purely German technique. This was not recorded either in the East, or in Greece, or in Rome, even the Anglo-Saxon judicial code, largely Germanic, was silent about such fights. 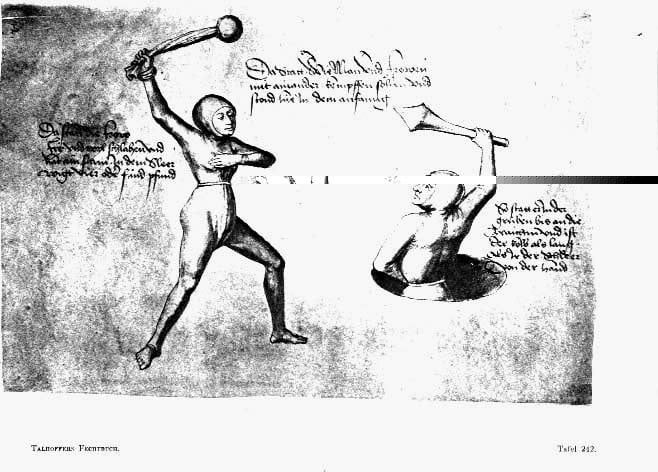 But we do know that the resolution of disagreements through martial arts was common among the ancient Franks and other Germanic tribes. And later it spread widely in the territory of the Holy Roman Empire of the German nation.

We know about this in detail, mainly thanks to the detailed and illustrated “combat” manuals published in the XIV-XV centuries. One of them is written by Paulus Kahl, the other by Hans Talhoffer. But the most curious part for me was the matrimonial duels.

At matrimonial duels, as a rule, all sorts of domestic disagreements between husband and wife were resolved. They probably didn’t talk about unwashed dishes, but the question of treason, the fact of which it was problematic to prove, could well become an occasion to measure strength between spouses.

As a rule, one or two months were given to prepare for a duel. During this time, the spouses had the right to reconcile. Otherwise, a special platform was prepared, in the center of which a hole was dug about half a meter deep.

The husband was supposed to be in it, and during the matrimonial duel he had no right to leave this pit – such a condition was set to equalize opportunities. Another similar condition, a kind of handicap for the fair sex, was the rule of the left hand, which was tied in a man either in front or – more often – behind his back.

That is, the husband could only fight while standing in the pit and with only one hand. At the same time, he could not even touch the edge of the pit – for this, his weapons were taken away from him. The woman had both hands untied, and each could have a weapon.

It is possible that knives were used in some fights, and maybe swords, but in the manuals that have come down to us, the weapons of the matrimonial duel were much more primitive: most often, a man and a woman fought with stones and clubs.

The wife wore a long shirt tied between her legs. A large cobblestone was placed in the long right sleeve and tied in the manner of a bag. The left sleeve could also turn into a tool, or could remain free.

The man had less room to maneuver: his left hand was immobilized, and in his right was either a stick or a stone in a bag.

Later, by the way, the combat uniform for matrimonial duels changed. The women’s shirt was replaced with a jumpsuit with a hood. However, in different regions of Germany, the features of the dueling uniform could differ.

Despite the hole and the tied hand, most of the fights, according to sources, still ended in victory for the husbands – the physical superiority of the stronger sex affected. It was enough for a man to grab his wife by the clothes in order to drag her into his pit and end the marital duel there.

However, the ladies sometimes fought very successfully – we can see the results of women’s victories on medieval engravings. They dragged their faithful out of the pit and finished them off with a deft chokehold.

A matrimonial duel did not have to end in the death of one of the participants, but the fate of the loser in any case was unenviable. The husband, if he was defeated, was declared guilty, and his head was cut off. If a woman lost, she was buried alive.

All in all, it was a terrible practice that, in my opinion, seems completely pointless. How much do you have to hate your lover to agree to a duel that in each case resulted in death? 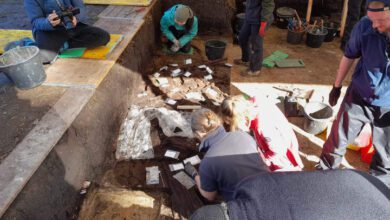