(ORDO NEWS) — In 1931, on the 75th birthday of Nikola Tesla , the popular Time magazine published a photo of the great inventor on its cover.

But before the face appeared on the gloss, the magazine turned to some of the eminent scientists of that era so that they, if they had the opportunity, commented on Tesla’s activities and, perhaps, wished him something.

“An outstanding pioneer [Tesla] in the field of high frequency currents.

I congratulate you on your great success in your life’s work,” Albert Einstein dictated a comment and congratulation to the interviewer.

This was very kind of Einstein , whom Tesla called the “long-haired eccentric”, publicly accused of stealing ideas, but at the same time criticizing everything that the theoretical physicist did.

For example, in 1935, while being interviewed by The New York Times, Tesla went on to criticize Einstein , stating that his theory of relativity “is like a beggar in a purple dress whom ignorant people take for a king.”

Ironically, it was Tesla’s pathetic statement that turned out to be ignorant, since Einstein’s general theory of relativity withstood the test of time and experiments and predicted phenomena that astronomers did not even hope to witness.

There was no love between Tesla and Einstein

But on the part of the second there was at least elementary respect, since he never allowed himself to criticize Tesla, far from being the most successful inventor.

Some biographers are convinced that Einstein would have been happy to work with Tesla, as this collaboration could become the driving force behind scientific and technological progress.

However, Tesla, who probably suffered from neurosis-like schizophrenia (a low-grade schizophrenia that does not in itself lead to a gross personality defect), only wanted to be considered a genius and the most intelligent person in the world. Tesla could not afford to share the laurels with Einstein. 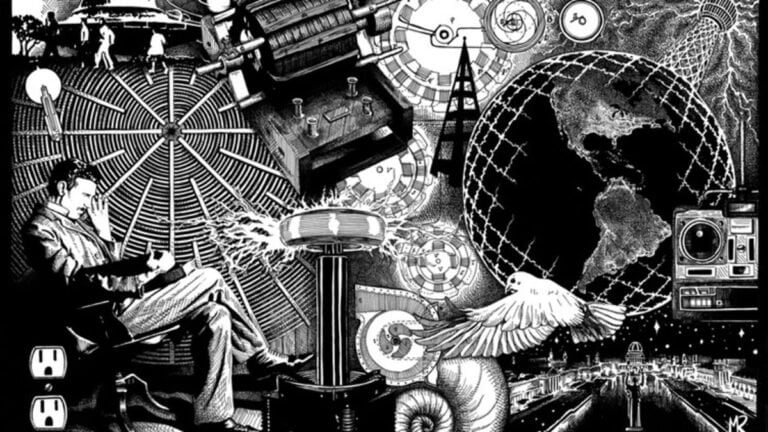 Undoubtedly, Tesla was great, but so many of his projects were overly ambitious, unrealistic and unrealistic, which deprived him of the support of investors.

Self-realization for Tesla was more important than the search for truth. Einstein, on the other hand, was an extremely meticulous person who could work for decades on solving various “problems of cosmology”, preferring to remain in the shadows.

If these two scientific elements were united, compensating for the shortcomings and complementing the geniuses of each other, then today our world could be completely different …