(ORDO NEWS) — The so-called Wall of Osiris remains one of the most inaccessible Egyptian sites due to groundwater from an unknown source. Few people had the opportunity to visit this place, so it didn’t get the attention it deserves.

Ancient Egypt has attracted people from all over the world for many centuries. Seekers of mysterious artifacts, wise knowledge of distant ancestors, fabulous treasures – they all aspired to the country of the pyramids, hoping to find there not only what they wanted, but also something more.

The ancient Greek philosopher Plato also contributed to the popularization of Egypt. In his writings, he spoke about the connection between the mysterious priests of the pharaohs and the mythological civilization of Atlantis.

Whether this story was true or a figment of the imagination of the great thinker, but having visited Egypt for the first time, you will understand that he had every reason to associate the cultural and architectural achievements of the Black Country (as Egypt was called in ancient times) with another, much more developed civilization.

Today I would like to talk about a lesser known place in Egypt. This place, discovered and excavated not so long ago, but absolutely amazing and magnificent – the Wall of Osiris. 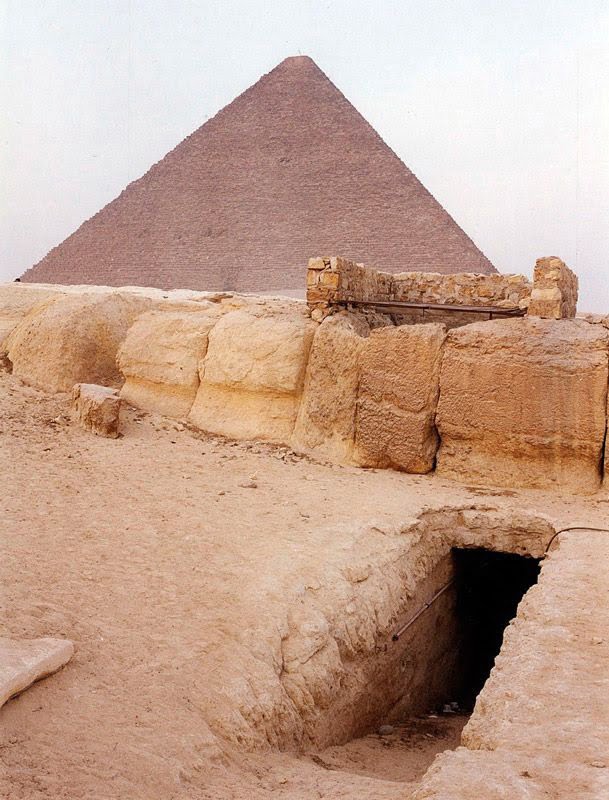 According to one of the legends, it was here that the ancient Egyptian god Osiris found his last refuge. It is located near Cairo on the Giza plateau, next to the pyramid of Khafre.

The Osiris Mine is underground, and if you don’t know its exact location, you can walk past a closed, inconspicuous door in the rocky plateau dozens of times without noticing anything unusual.

The site was first marked on a map of Giza in 1837 by the British Egyptologist and engineer John Perring and designated as Tomb No. 1.

In 1933-34. Egyptian archaeologist Selim Hasan, in the process of clearing the procession road between the pyramid of Khafre and the Temple of the Valley near the Sphinx, discovered a mine under the road itself. The Osiris Mine had several levels. Initially, the lowest level was filled with water, which served as an obstacle to further research. 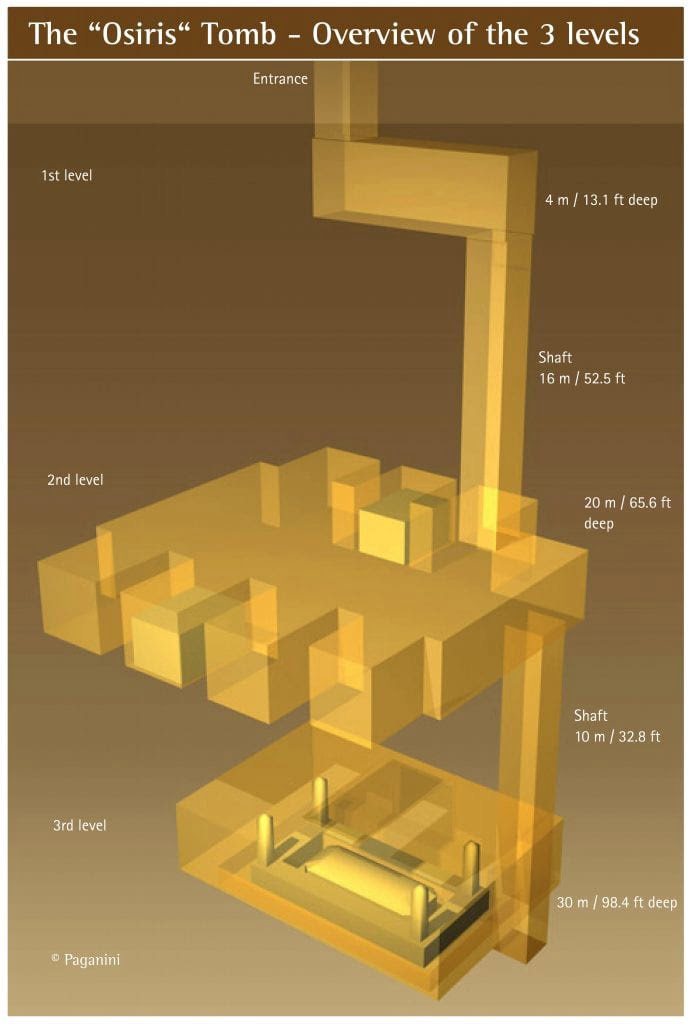 Only in 1999, under the leadership of the Minister of Antiquities of Egypt, Zahi Hawas, was it possible to pump water from the lowest level of the mine. Since then, archaeological excavations have not stopped.

Getting to the excavation site was extremely difficult even for an official archaeological mission, since the work was carried out under the personal supervision of Havas. Ordinary tourists could only dream of visiting the mine. And there is something to dream about here.

It is also worth noting that amulets of various shapes made of obsidian, diorite, slate, faience and basalt were found at the site. The name “Osiris Mine” is due to the design of the tomb and the amulets depicting Osiris found on the lowest level. 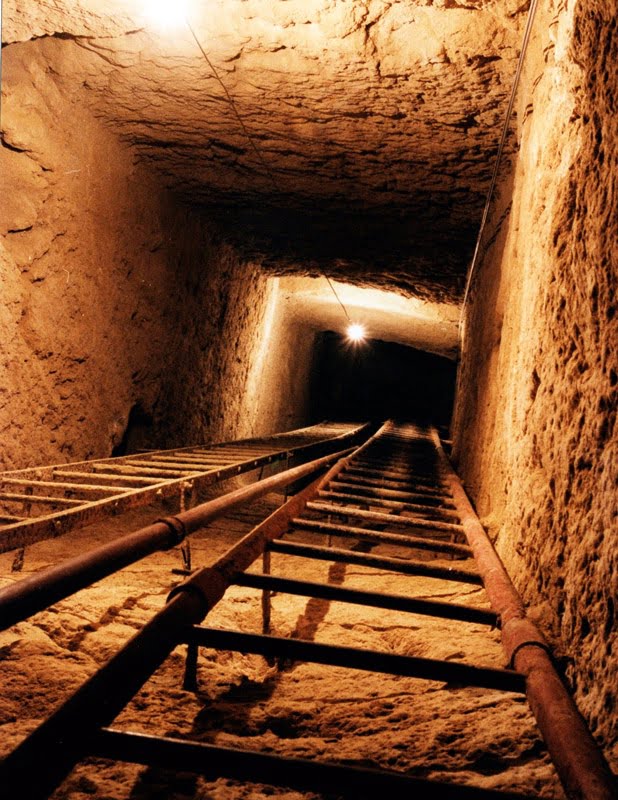 The descent into the Osiris mine takes place in three stages. At the first stage, from the front door you need to go down 10+ meters along a vertical ladder. On a small platform there is another staircase leading down. This descent ends in a rectangular room with seven niches, two of which contain high-quality basalt sarcophagi. 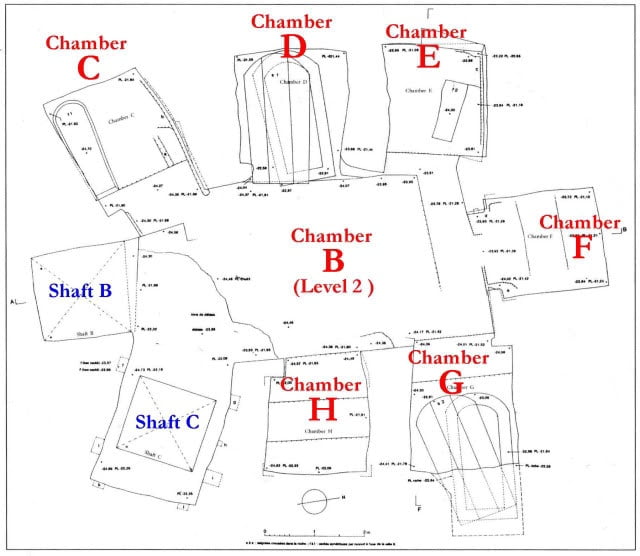 It is hard to imagine how these massive stone structures ended up at such a depth for their size! From the very realization of this unusual fact, it was worth coming here.

But that is not all. An extensive trace of iron oxide of unknown origin was visible in the northwestern niche under the ceiling. There are similar traces in some other fissures on the Giza plateau. 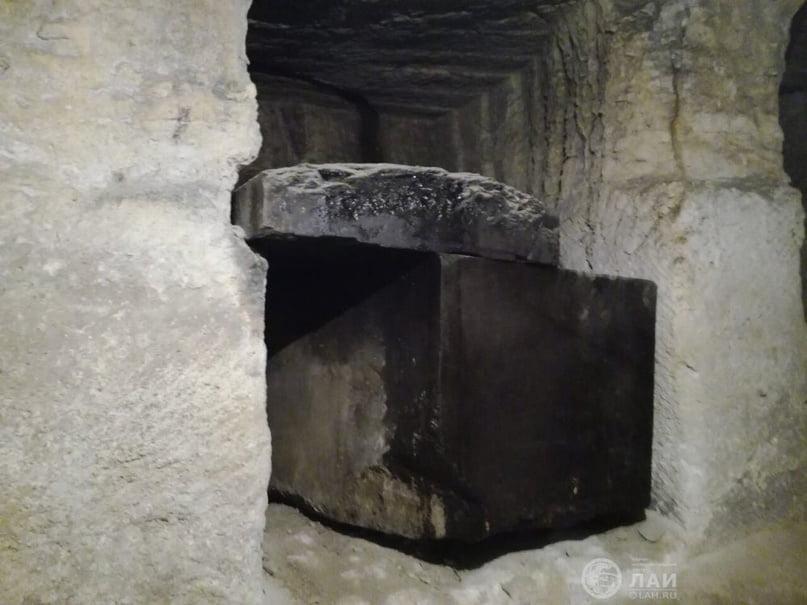 However, the most interesting awaits after the third descent another 12 meters down, to the third and last level of the Wall of Osiris. Here, on an artificial island surrounded by water, there is another sarcophagus, very similar to its neighbors from above, but made of granite. 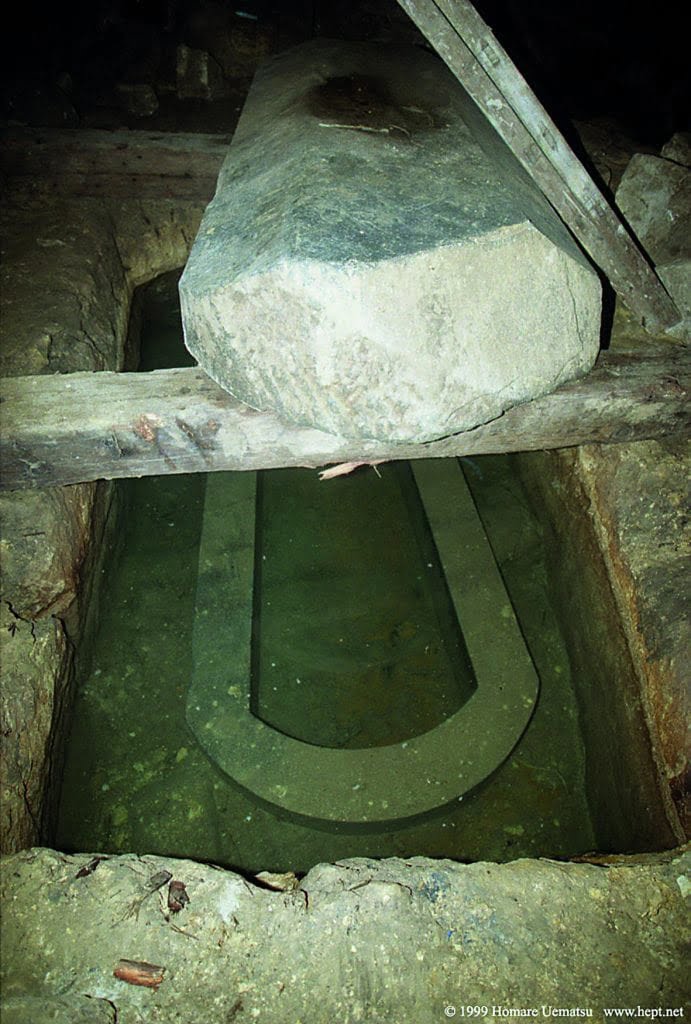 Directly on the island you can see the remains of rectangular columns that once towered over a stone sarcophagus. It is still unclear why stone sarcophagi were used in ancient times. But if it really was a burial, then the Egyptian god really deserved just such a tomb.

It is here, in dim light, standing in silence near the groundwater, encircling the island of oblivion of a bygone era of ancient gods and heroes, you suddenly begin to truly realize the greatness of the colossal monuments of Egypt.

You can even catch the movement of the spirit of history, which is invisibly present somewhere nearby, existing at all times.

And after such spectacles, how can one not believe that the gods really lived among people? 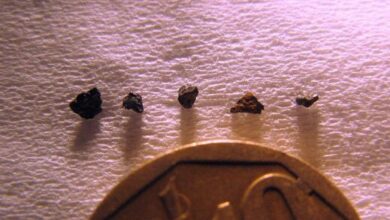 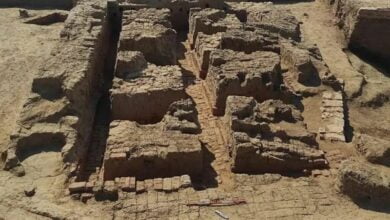 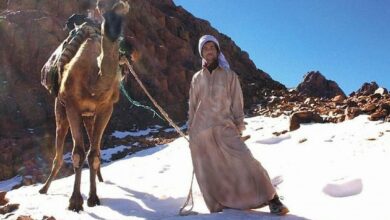