(ORDO NEWS) — What is the shape of our universe? The images of the standard model of the Universe familiar to the eye draw it by analogy with the arrow of time, which moves forward and has a beginning – a singularity.

Under the gravitational singularity, scientists understand the area in which the laws of physics known to us do not work. Instead, space-time is viewed as a smooth manifold with no boundary, starting from the Big Bang. But what exactly do astronomers say about the “shape” of the universe?

And can it be called something like a cube or a sphere? Since the general theory of relativity (GR) allows the existence of three forms of the universe, can it resemble … a doughnut?

Does the universe have a form?

So, from the point of view of General Relativity, the Universe can be flat, closed or open. These shapes are easily compared to objects such as the sphere, the saddle, and the sheet of paper.

Essentially, the shape of the universe determines whether it will expand forever or eventually collapse. And what shape it has depends on its density and expansion rate.

In 1929, the American astronomer Edwin Hubble found that galaxies are moving away from us and the farther they are, the faster they are rushing away.

The conclusion that the researchers made from Hubble’s observations is that once all the galaxies were at the same point. The one we call the Big Bang. But if the universe is expanding faster and faster, in what direction? 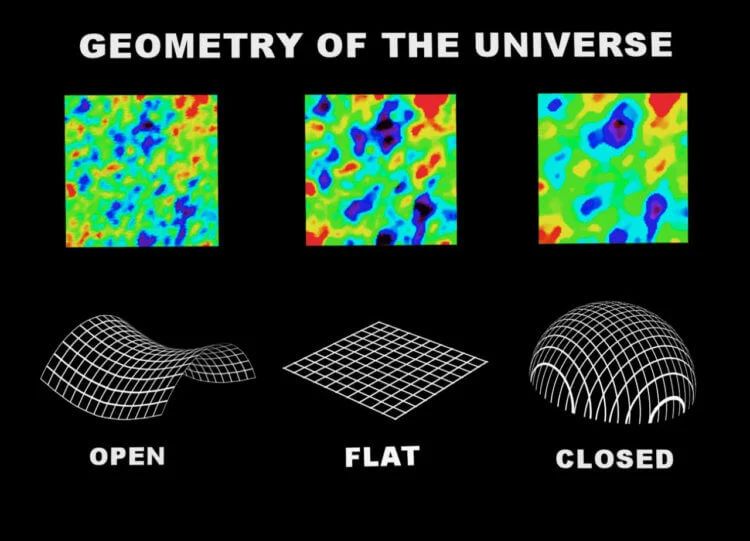 Three forms of the universe

Over the past decades, scientists have measured temperature fluctuations in the CMB and discovered so-called thermal and cold spots.

This means that the universe is expanding in all directions at once and is “flat”, being an essential component of the standard cosmological model. 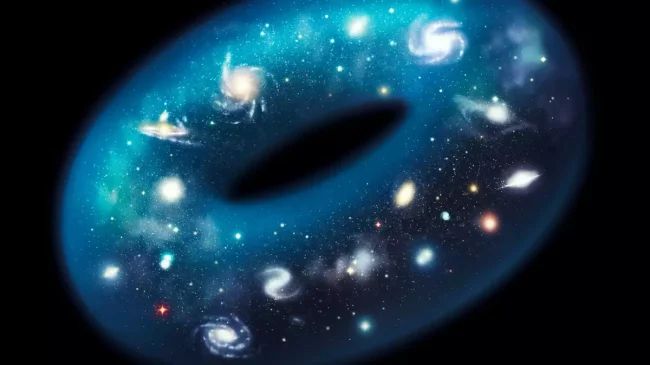 The universe is a strange place, and it is unlikely that we will be able to find out what is beyond the observable universe

This is consistent with the observations. They made it possible to establish that we live in a flat universe: parallel lines remain parallel, so our Universe will expand and expand without end.

Geometry of the Universe

The point of view described above is not generally accepted. Some researchers believe that their data are in better agreement with a closed universe, since it may not be expanding in all directions. And if this is true, then our Universe is a closed system. And regardless of shape, it expands faster than the speed of light.

But if flat and open universes continued to expand forever, the closed universe would eventually collapse on its own. While measurements of the contents and shape of the universe suggest that it is flat, we know nothing about its topology.

Now let’s assume that the universe wraps around itself like a giant donut or bagel. If this hypothesis is correct, then the cosmos is finite. And it’s much smaller than expected. It would also mean that our universe is doomed to perish, not to endless outward expansion.

Do you want to always be aware of the latest news from the world of science and high technology? Subscribe to our news channel in Telegram – so you definitely won’t miss anything interesting!

By studying the light of the early Universe, a team of astrophysicists came to the conclusion that the cosmos can be multiply connected, that is, space is closed on itself in all three dimensions, like a three-dimensional donut.

Having developed many computer simulations of what the CMB would look like if the universe were three-dimensional, then the cosmos is connected to itself in all three dimensions.

Therefore, it is necessary to conduct simulations again and compare the results with what we directly observe, the scientists write.

Imagine a universe where we could point a spaceship in one direction but end up back where we started. If our universe were like a donut, then physicists could potentially measure its size.

Since we can change the size of the room and repeat this analysis, the result is the optimal size of the universe that best fits the CMB observations. 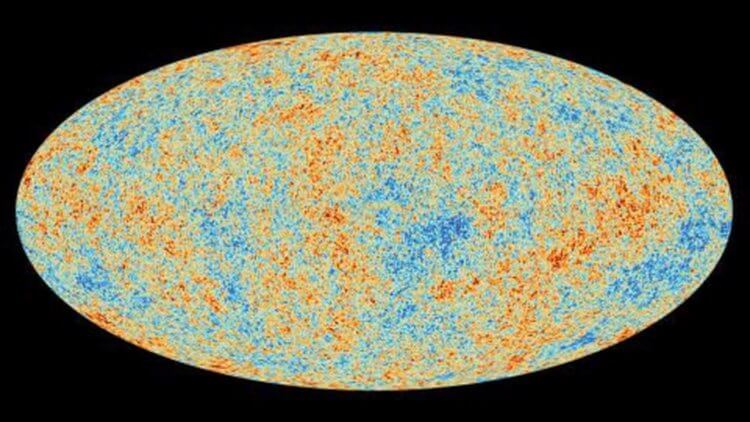 Relic radiation is a thermal radiation uniformly filling the Universe, which arose in the era of the primary recombination of hydrogen.

The main conclusion of a scientific paper published in 2021 in the journal Classical and Quantum Gravity is that a finite universe fits observations better than an infinite model.

Of course, the results obtained are preliminary. For this reason, the universe is unlikely to be analogous to a donut or donut, and the fluctuations in the temperature of the cosmic microwave radiation detected by scientists may turn out to be a malfunction of scientific instruments.

And yet, to imagine that we live on the surface of a giant donut is at least funny and interesting. Do you think our universe is flat or does it look like a doughnut?