(ORDO NEWS) — Before we move on to a detailed analysis of the topic, let’s try to determine what potential benefits manned space flights can give to mankind.

So, based on past experience, we can confidently say that human spaceflight:

Human spaceflight also indicates our desire to explore outer space and establish our presence somewhere far beyond the Earth .

We flew to the moon. Why can’t we do the same thing to get to Mars?

It will take a lot of steps to train the crews, as well as to develop all the necessary technologies.

After all, the average distance from Earth to Mars is 225 million kilometers, while the distance between Earth and the Moon is only 384,467 kilometers. Mars is about 585 times farther than the Moon, so a round trip would take several years.

Most likely, in order to reach Mars, we will need to organize missions with intermediate destinations, including the Moon and Martian satellites ( Phobos and Deimos ). Each next step will teach us something new and help us gradually overcome deadly difficulties.

What are the difficulties of a manned flight to Mars?

There are a lot of them, but three are considered key:

Let’s look at these issues in order.

Sending a spacecraft to Mars means more than just using a larger rocket than the one (Saturn V) that took humans to the Moon.

Sophisticated advanced propulsion systems will be required to take a spacecraft to Mars, land people on the surface, after some time put them into orbit of the Red Planet and return to Earth. 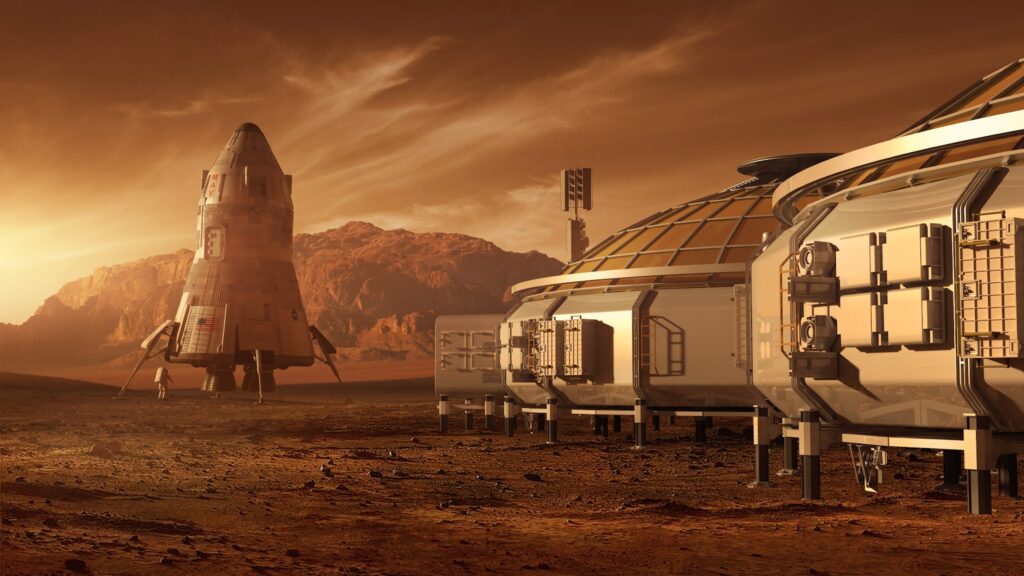 Such a system may require chemical, solar or nuclear energy to power it, but all three options present significant challenges.

For example, chemical fuels are too heavy, solar energy is inefficient, and getting nuclear power plants into space is likely to be problematic – some countries may regard nuclear reactors as a hidden weapon, so they can impose a ban on their launch, based on the “Treaty on space.”

Earth’s magnetosphere protects people on the surface and in low Earth orbit from excessive radiation, but astronauts who fly to Mars spend time there and then fly back to Earth will encounter much higher levels of radiation.

Shielding could protect them from charged particles emitted by the Sun, but protecting people from powerful and destructive cosmic rays would be much more difficult.

A human mission to Mars is likely to require a precision landing of a multi-ton spacecraft in close proximity to food, fuel and other vital resources sent to the planet in advance. The technology needed to do all this does not exist today, although experts are exploring various alternative concepts.

If we want to land people on Mars before 2050, then the development of such complex systems should begin in the near future.

Before humans fly to Mars, we need to return to the Moon, and then target the satellites of the Red Planet to test our capabilities and improve the technologies necessary to achieve the final goal. 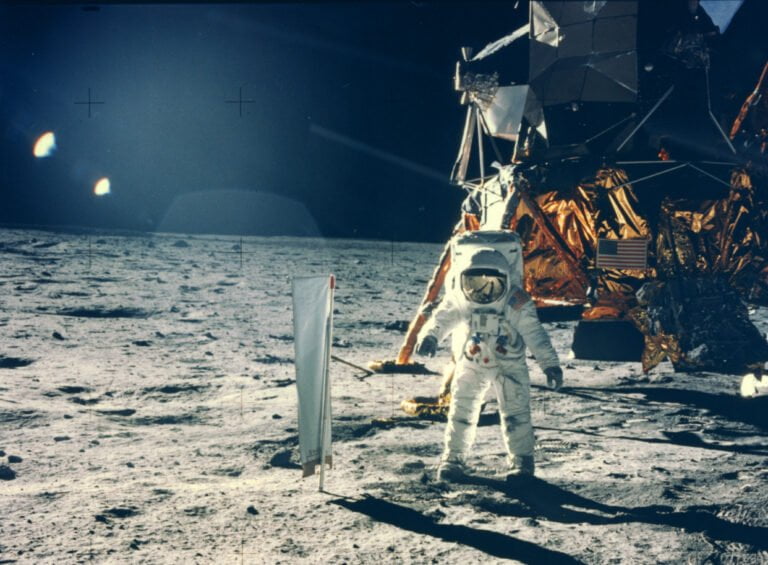 Why return to the moon?

New missions to the Moon that involve sustained human presence will help develop new technologies that will be used to land humans on Mars in the future.

The developments already in place will enable scientific research on a scale that we could not even imagine during the Apollo program.

In addition, returning to the moon is an international project that takes commercial cooperation to a new level.

Why fly to the moons of Mars? Why not just go straight to Mars?

A trip to the moons of Mars will include many of the features of a Martian mission without the need for a complex and dangerous descent-ascent from the surface of the planet (landing on a small satellite, and then taking off from it is much easier than doing the same with a massive planet).

In addition, a flight to the satellites of Mars will allow us to study the reaction of the human body to such a long flight.

Since there will be no need for a long stay on the planet, we will be able to return people to Earth before fatal consequences (if there is a threat of such).

All this takes a lot of money and effort

Sending people beyond low Earth orbit will require close cooperation between developed countries that can provide not only resources, but also innovative technologies.

National budgets for manned space exploration will have to grow much faster than inflation. First of all, success will depend on the overall focus and determination.

Concentration is the key to success

The United States has had its own state-funded manned spaceflight program for more than half a century.

However, the goals and plans of the program have changed frequently, and there is still no consensus in the country about where it should go (stay in Earth orbit, focus on the Moon, or maybe visit a near-Earth asteroid). 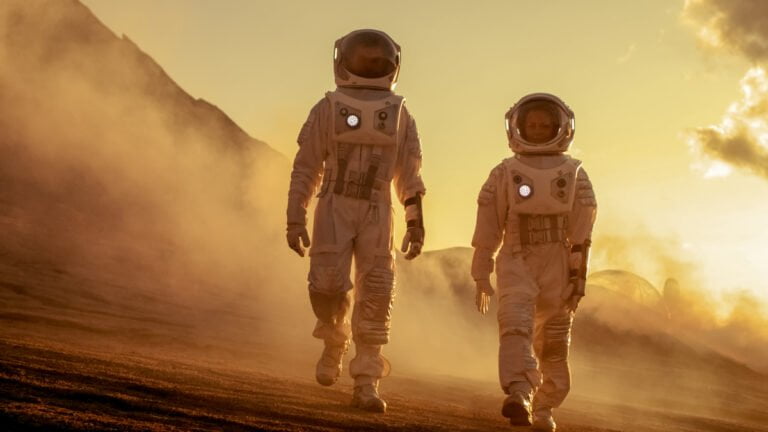 The quest to organize a manned mission to Mars will require a strong commitment from partner countries over an extended period of time.

But even then, there could be shifts in national priorities and cooperation agreements. Thus, partners must also learn to achieve short-term goals in a shorter time frame (and it is better to count on help) in order to remain interested and committed.

Briefly about the benefits again

Sending people to Mars and their safe return to Earth will be a milestone in our exploration of the solar system.

This would help us know, for example, how far humans can fly from Earth and what we can discover and achieve when we find ourselves in the new world.

It also inspires young people to engage in science and engineering, create and promote technology, and allows participating countries to gain prestige (such as economic and geopolitical influence) on their home planet.