(ORDO NEWS) — Unless you have six figures of spare change sitting in an ISA, chances are you won’t be joining the next generation of space tourists any time soon.

This summer, Amazon founder Jeff Bezos briefly left the planet aboard his Blue Origin spacecraft and before him, Richard Branson fulfilled a decades-old promise to himself by flying aboard VSS Unity beyond the Earth’s atmosphere. Whatever your view of the billionaire space race, there’s one question we all have: what’s it really like up there?

One person uniquely qualified to describe the experience is Dave Mackay, chief pilot at Virgin Galactic. The former RAF test pilot was in the pilot’s seat for Branson’s trip in July, which marked the third time that he himself had flown to low-Earth orbit. Here, the first native born Scot to leave our atmosphere explains how it feels to ride a rocketship to the stars.

Tell us what it’s like when the space plane you’re released from the mothership at and that rocket fires.

That’s when the vehicle comes alive. There’s no punch in the back. It just comes on and runs up to very high acceleration, about 3G longitudinal acceleration, which is very hard for people to understand.

It’s smooth. It’s not very loud, because of course you’re leaving a lot of the sound behind you. In about eight seconds you go supersonic and you end up over Mach 3.

At the end of boost, we pitch up vertically and then you’re pointing straight up, still with this amazing acceleration – but again it’s very smooth. And then you find yourself weightless. In the cabin you have windows at the side, and you also have another window up above you. We believe the best view is in the inverted position.

The windows let you look up or down, so you can see down to Earth where you’ve come from, you can see the planet racing away from you. You can also look out sideways and see that dense blackness of space. This beautiful, very thin band of the atmosphere around the planet.

Astronauts often say that being up there changes them in some way. There’s some kind of spiritual or environmental awakening. Was that the case for you?

It’s interesting. Lots of people ask that question and my initial reaction afterwards was, ‘No, I’m the same Dave Mackay I always was’. But actually, I think it does. It has an effect that kind of builds over days and weeks and months afterwards when you reflect on what you’ve done and what you’ve seen. The initial reaction when you’re out there is just: wow.

Can you describe the view?

It sounds strange, but space is blacker than black, there’s a dense, matte black and in contrast, the Earth is vividly lit. Very, very bright. There’s this incredible range of brightness, which I don’t believe a camera can ever capture. In between the two is this beautiful atmosphere, which is very delicate.

There are lots of different layers and beautiful colours, but it’s also very thin – kind of worryingly thin. I remember looking at that and thinking wow, is that what’s keeping us all alive here on planet Earth? As a test pilot, I assume you’re quite an analytical, technical person. When you’re up there, do you get to appreciate the beauty of it or allow any emotion to seep in? Or is it your job not to do that?

Yeah, a lot of the job is hard work, we’re trying to gather a lot of information in a short space of time, trying to be as efficient as possible because every test flight is expensive and takes weeks, months, sometimes years of planning and preparation. We’re in the simulator every day, sometimes twice a day, working really hard to try and do the job as best you can.

But once you leave the atmosphere and you’ve put the vehicle in the attitude desired, there is this period of time where you’re sitting there with no forces on your body, the vehicle is sort of doing its own thing.

There’s no motion, no forces, no sound because we don’t have any fans or anything running at that time. And if everything’s normal, which 99.9 times out of 100 it is, then you do have a few seconds to look out of the window.

Is that a different experience to the other vehicles that you’ve test-flown earlier in your career?

It is. You know, I’ve been lucky enough to fly a lot of different aircraft from the world’s oldest original flying aeroplane up to one of my favourites, the Harrier, the vertical take-off and landing aircraft. I loved the Harrier, it was a very versatile aircraft. But flying the spaceship is absolutely remarkable.

It goes from very slow speeds – we land at around 130-145mph and in space of course there’s no airspeed – but then it goes as fast as Mach 3, over three times the speed of sound. It’s an astonishing vehicle, beautifully simple in many ways but so incredibly versatile. How does re-entry feel?

Initially it’s absolute quietness and then you start to hear this noise outside. I’ve heard people say you can hear individual air molecules hitting the underside of the vehicle.

I’m not sure that’s true, but as we accelerate down and the atmosphere is getting much thicker, it builds to this crescendo which sounds almost like a waterfall hitting the underside of the vehicle. It’s quite amazing.

I like that because it kind of emphasises that you’ve been to somewhere very special and now you’re returning to the Earth.

There’s a little bit of rocking and rolling and some high vibration, but it’s really comfortable. Then around 80,000ft we become subsonic again and then around about 50,000ft we lower the feather and then we’re gliding, without an engine.

This kind of trip is wonderful for the passengers, but what’s in it for the rest of us? What’s the broader benefit of this?

Well, the individual experience is certainly remarkable and I think that will have a profound effect on people’s minds.

You will return to Earth with a better appreciation of planet Earth’s remoteness in the big scheme of things because you look out into this blackness of space and there’s just nothing else there.

There’s also a lot of valuable science that can be done in space. Recently we flew experiments into space with gaps of six weeks and that hasn’t been possible in the past.

The other thing is, the times we’re living in now, this is kind of the Apollo moment from my youth. I watched the Apollo moon landings and that was an inspiration to me and hundreds of thousands, if not millions of people around the world.

Hopefully, this will inspire a whole new generation of young people to get involved in engineering or science.

Humans have big plans for mining in space, but there are many deterrents

Leading nations increase their influence in space, leaving behind the rest 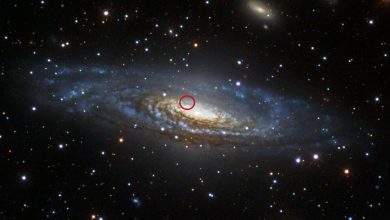