(ORDO NEWS) — We constantly feel its flow, but we do not understand what time really is. We often don’t have enough time. We try desperately to make it flow faster or slower, and yet science reminds us again and again of living in the present.

When it comes to philosophical views, the concept of time and the ideas associated with it are among the most fascinating.

From a physics point of view, understanding time is problematic, but for different reasons. Time is used almost everywhere, but in physics it is not obvious why it has a certain direction.

Time is the development of events from the past to the future through the present. It is the fourth dimension in the universe, along with the three dimensions of space that make up the space-time continuum. 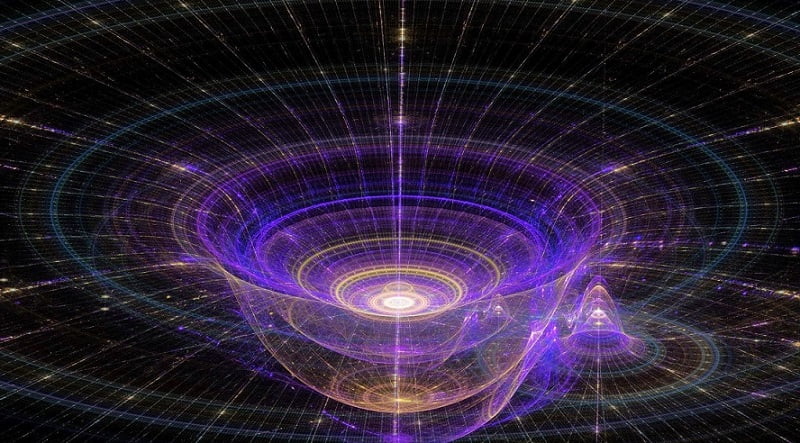 The space-time continuum is a theoretical construct that helps explain the very structure in which we exist. The four dimensions are length, width, height, and the fourth is time.

Developing his theories, Albert Einstein argued that nothing can move faster than the speed of light in a vacuum. For Einstein, space and time were not separate, but were intertwined into a single space-time continuum.

Nothing that contains energy is outside of time.

Why does time flow?

We perceive time as something that inevitably passes, moving in a certain direction. However, many laws of physics do not seem to take into account whether time flows forward or backward.

Therefore, scientists were looking for an explanation for those laws that work only in one direction. The most famous of these is the second law of thermodynamics.

According to this law, in an isolated system (such as our universe), entropy always increases. So we can tell the past from the future by looking at entropy.

However, time can flow differently. Einstein’s theory of relativity states that gravity is not just an invisible force that attracts objects, but a curvature of spacetime. The more massive an object, the more it bends the space-time around it.

Thus, time is not constant everywhere, as gravity and acceleration can change the way time travels. A clear example of this: thanks to gravity, which slows down the clock by 4.5 billion years, the core of the Earth is about 2.5 times younger than the surface.

What is the past?

The application of Einstein’s theory of relativity also helps answer another question: if we live only in the present, and the past is inaccessible to us, then how can we say that the past is real?

The answer comes from the notion of “now” in Einstein’s famous theory. As mentioned above, clocks move differently in different environments, so everything now depends on the observer.

It all depends on where you are, where you are going and how fast you get somewhere. Two events can happen at the same time for one observer, but at different times for another. So, what seems to be the present for one person is the past for another. That is, the past still exists, inaccessible to us, but very real.

Does the future already exist?

The theory of relativity has “carved the past in stone” and challenges the idea that only the present exists. So how can there be a future?

Present, past and future must coexist. This is the “block universe” that Einstein represents in the theory of relativity. Past, present and future are just slices of time, like snapshots of reality.

However, not everyone agrees with such a deterministic view of the universe. Quantum mechanics, for example, is not very deterministic, despite what Einstein said. But the idea of ​​a blocky universe doesn’t have to have a predetermined future.

Physicist George Ellis came up with a neat formulation of Einstein’s idea that preserves the blocky universe but doesn’t expand it into the future. Although “now” is subjective, there is a universal present, a frontier of the future that continues to expand in the direction of time.

So the past is already written and the future is about to come. But don’t put much faith in tomorrow. We have some answers about time , but not all of us are satisfied. We still lack a complete understanding of this mysterious dimension. Whether we ever figure it out, time will tell.