History of the discovery of the law

Once the ancient Greek king Heron gave a task to his jeweler – to make a crown of pure gold. The master carried out the order, but the king was suspicious of the work and decided to double-check whether his servant was conscientious.

For this task, Archimedes was summoned from Syracuse, a good engineer and scientist. It was not difficult to weigh the crown, and the weight came out exactly the same as the weight of the gold given to the jeweler.

“But how to check if this is really gold?” – a question that did not leave the engineer.

Long reflections did not give their fruits and the scientist decided to go to the bathhouse, to have a rest. Plunging into the bath, it dawned on Archimedes – an object that is in a liquid displaces the amount of water that is equal to the volume of his own body.

So he found a way out of the situation and happily jumped out of the bath with an exclamation of “Eureka!” By measuring the volume of the crown and ingots of gold and silver, the scientist determined that the piece of jewelry is not made of pure gold, but contains an admixture of silver.

How does the Archimedes force work? 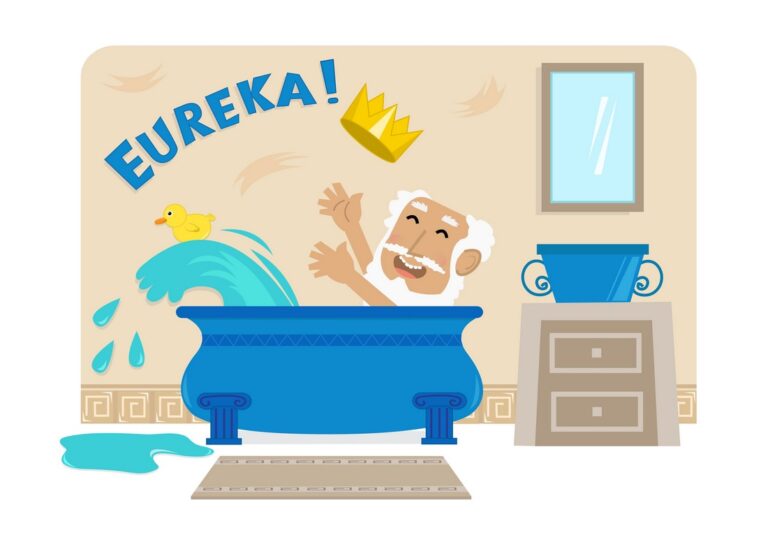 Under what conditions does the Archimedes force not work?

1 – If the body is closely connected to the surface, there is no medium between them, then the pushing force is not generated.
2 – In the position of weightlessness, liquid and gas have no weight, which is a prerequisite for the emergence of the Archimedes force.
3 – The force of Archimedes also does not affect solutions or mixtures. When you add alcohol to water, it will dissolve in it. This is due to the weak connection of alcohol molecules, despite the fact that the density of water is much greater than that of alcohol.

What did Archimedes mean when he said: “Give me a foothold and I will turn the Earth”

What did Archimedes mean when he said: “Give me a foothold and I will turn the Earth”