(ORDO NEWS) — Is magic found only in the pages of fantasy novels? But no! What can you say about levitation? Sounds crazy at first glance. Just imagine – a person breaks away from the Earth and flies. Meanwhile, there is a lot of evidence in history that such cases are real. True, they are always associated with a kind of religious ecstasy, available either to European saints or to Eastern sages.

It is known that Buddha, like his mentor Sammat, was able to levitate. This art was also available to Shaolin monks and a number of later yogis who attained a high level of enlightenment. At the heart of art is the management of the energy of the body.

Knowledge came to Tibet together with the Indian preacher of Zen Buddhism Bodhidharma. There is recent evidence from a British traveler who claimed to have seen a Buddhist monk hover in the air with bent legs on the Chiang Tanga high plateau. He did not just hover, but flew, looking somewhere into the distance, probably striving for something accessible only to his gaze.

It is known that the enlightened keep some instruction in Sanskrit. Having studied it, you can master the technique of flight. But nobody can read the wisdom. And to be mistaken in interpretation in such matters is like death. People who have managed to comprehend the art of levitation recommend that students feel their weight, then, using the power of thought, to lighten it, especially in the leg area. It is also necessary to imagine that someone is placing an air cushion under the legs bent at the knees. To move forward, you need to feel the push in the back.

Of course, you can try, but the result is unlikely to be positive. Only a few have the level necessary for such practices. And it is impossible to describe the process in two words. It is necessary, at least, to personally communicate with the masters.

In European practice, there are several hundred evidences of levitation, which have been documented by eyewitnesses at different times. The earliest case occurred in Italy. Joseph Dezo lived at the beginning of the seventeenth century and from an early age dreamed of spiritual enlightenment, so he prayed and tortured himself a lot. Being a stubborn man, he learned to fall into ecstasy. When he reached this state, he broke away from the Earth. Once it happened in the presence of the Pope, who had to make an effort to bring the monk out of a strange state. Such “attacks” have happened repeatedly, including in humans. This frightened the superstitious inhabitants. As a result, Dezo had to exile Assisi, where he ended his days in a remote monastery.

Another famous levitant is Mother Teresa. She did not want to fly and did not strive for ecstasy, seeing her destiny in something completely different. According to her assurances, this happened by itself and frightened the woman. Once more than two hundred ministers of the church witnessed its flight. Teresa dreamed of getting rid of her outlandish gift and constantly prayed to the Lord to fulfill her request. Once she was heard. The levitations stopped. 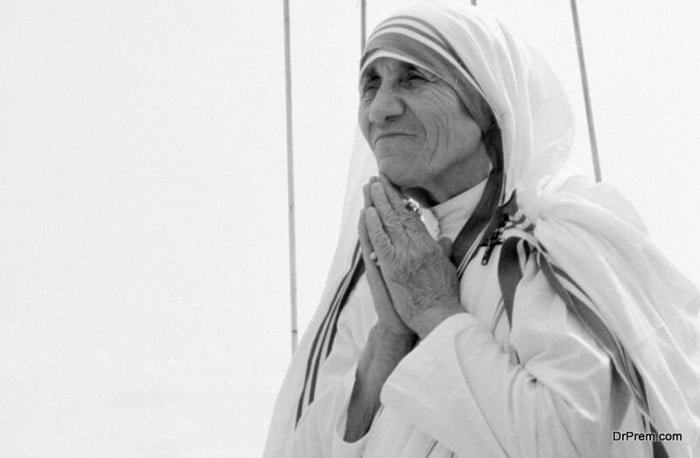 There were also people in Russia who, in a religious impulse, could take to the air. Among them are Seraphim of Sarov and Archbishop of Novgorod and Pskov Ioann.

By the way, the legend of the flying witches also did not come from the void. Some of the ladies accused of being a wizard were seen levitating. However, it is dangerous to rely on any evidence here. The Inquisition, which in its zeal burned hundreds of poor fellows at the stake throughout Europe, often attributed sins to women who simply did not please someone, had the wrong hair color, or took someone else’s husband away. However, no special evidence was required. There were enough assurances from the neighbor that the defendant flies on a broomstick at night.

It turns out that under certain circumstances, having fallen into ecstasy or having mastered spiritual practices, one can rise above the Earth without aids. But one cannot expect that everyone will be able to admire this action with their own eyes. Yes, on the streets of cities around the world today you can find yogis who hang in the air, effectively holding on to a pole, sit on the walls at the level of the second floor, dangle a couple of meters from the asphalt upside down or at an angle of ninety degrees. 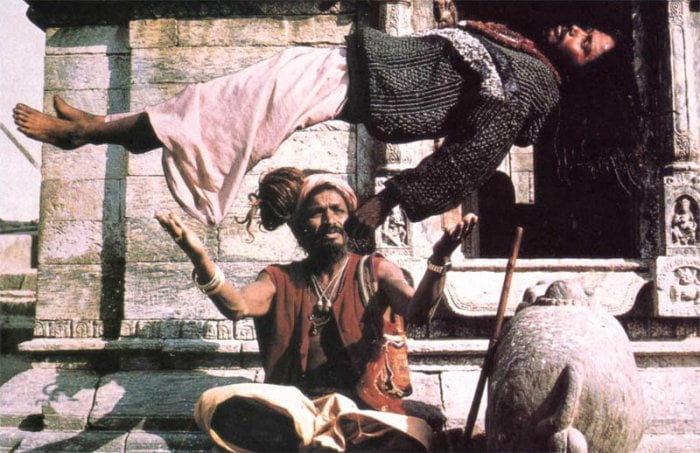 Sometimes they come together in groups and exhibit very whimsical configurations, working together. An outside viewer can walk around in a circle as much as he likes and not see a single support. He will involuntarily believe in magic, which, alas, does not smell here. Magicians (not yogis!) Have strong constructions, they are simply thought out and hidden by special clothing. And the poses of the “actors” have been rehearsed and verified to hide the unnecessary. 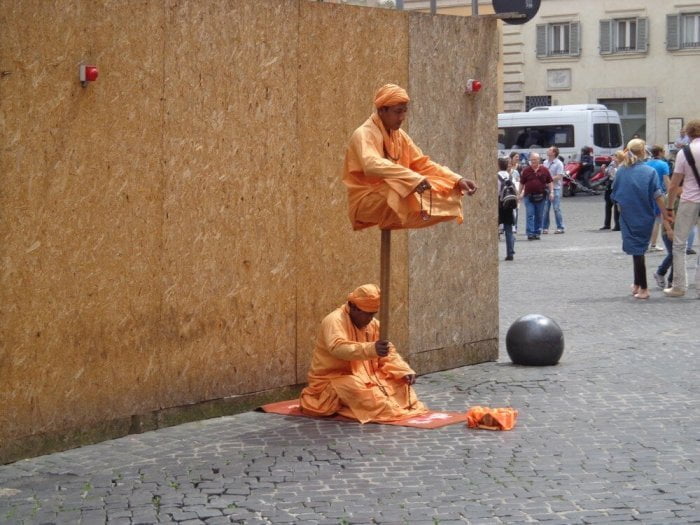 In short, sometimes you shouldn’t believe your eyes. But it is also not necessary to blindly follow the assurances of scientists who are convinced that levitation is impossible. What does not happen in the world! This is a given. As well as the fact that science is not yet able to explain everything. 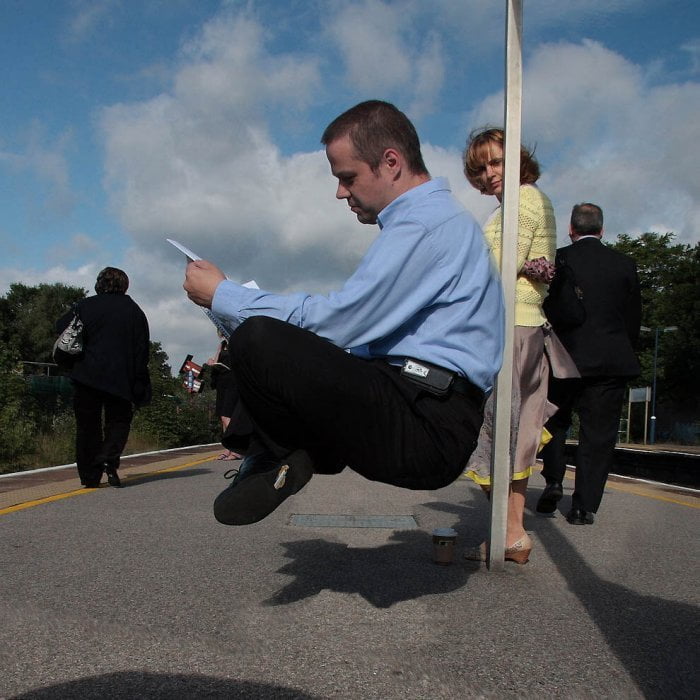