(ORDO NEWS) — Just over a decade ago , Frank Wilczek , an American theoretical physicist at the Massachusetts Institute of Technology and a Nobel Prize winner, wrote an article in which he speculated about the potential properties of a hypothetical object he called a temporal (temporal) crystal.

To the surprise of many, over the past few years, these time crystals have been found in large numbers both in laboratory experiments and inside ordinary things such as children’s toys. However, as is often the case, the exact nature of these objects is not fully understood.

So what is a time crystal?

First of all, let’s define what a crystal is. Let’s consider white space as a blank sheet of paper that extends as far as the human eye can see. This does not make much sense, because at any point in space everything will be the same.

This is where translational symmetry comes into play. Nothing special, but now let’s imagine that the paper is lined in a cage, like the sheets of a notebook for math lessons.

In crystals, from diamonds to snowflakes, particles (atoms and molecules) are organized in repeating patterns. Pattern (structure) is what is important to define a crystal.

In the temporal crystal, temporal symmetry is broken

A time crystal is a set of atoms that can be arranged in any order, but at regular intervals, again and again add up to the same pattern.

You can think of it as a complex clockwork with many strange moving parts – but, for example, every minute they all form a clear shape, and then return to a disordered structure.

To better understand the topic, let’s look at three large inner satellites of Jupiter : Io , Europa and Ganymede . They are believed to be in orbital resonance.

For every four rotations of Io, there are two rotations of Europa and one rotation of Ganymede. Thus, approximately every week (7.15 days), the satellites simultaneously return to their original position. 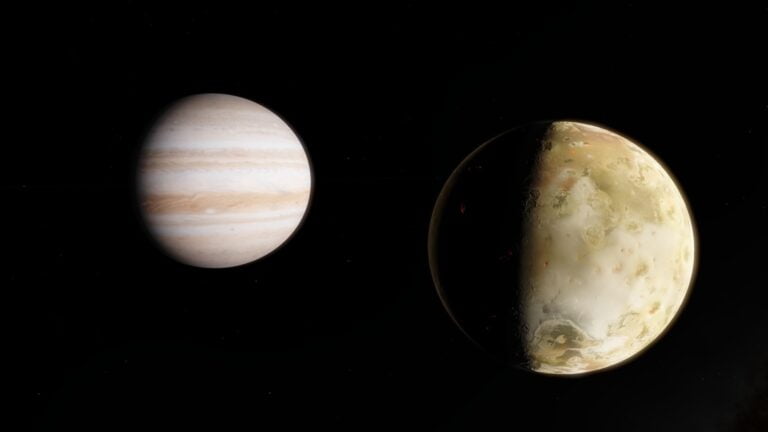 That’s a good analogy for a time crystal, but it’s not a time crystal. We need to add another special ingredient that can only be found in the quantum realm.

So, the system should not give energy to the environment. That is, this system changes and moves in the state with the least energy, so it literally cannot waste it.

You might think that this is very similar to a perpetual motion machine, and this is expressly forbidden by the second law of thermodynamics, which explains that the entropy of an isolated system always increases.

However, time crystals are an extreme case; the entropy of these crystals remains unchanged.

Humanity has known about the existence of time crystals for only a few years, but researchers are already considering the possibility of their use in quantum computers, for example, as a potential storage of information.