(ORDO NEWS) — A supernova is the explosion of a star. This is the biggest explosion in space.

Supernovae are often observed in other galaxies, but they are difficult to see in our own Milky Way galaxy because dust blocks our view.

A supernova occurs where there is a change in the core or center of a star. The change can occur in two different ways, both of which result in a supernova.

The first type of supernova occurs in binary star systems. Binary stars are two stars orbiting the same point. One of the stars, a white dwarf, is stealing matter from its companion star.

The second type of supernovae is formed at the end of the life of one star. When a star runs out of nuclear fuel, some of its mass falls into the core.

Eventually the core becomes so heavy that it cannot resist its own gravity. The core is destroyed, resulting in a giant supernova explosion.

The sun is also the only star, but it does not have enough mass to go supernova. 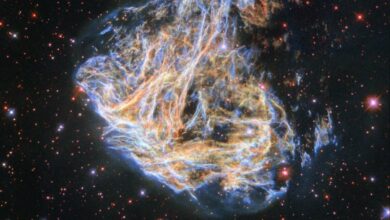