(ORDO NEWS) — How many planets are there in the solar system and in what order they are located – we have already told. But they forgot to say what, in fact, it is – a planet.

Today we will give a clear definition of this term. And you will also learn how most often the planets around the Sun are classified and why.

What is a planet and what is not a planet

Real planet
The IAU (The International Astronomical Union) defines a true planet as a body that:

Pluto, say, has a small size, an unusual orbit and does not clean up debris from the surrounding area. Moreover, it shares its space with many other objects in the Kuiper Belt. Conditional star and conditional planets in orbits around it

The dwarf planets, like Pluto, include other small round worlds – Eridu, Haumeu, Makemake and others.

Separately, Ceres should be mentioned: this round cosmic body in the asteroid belt between Mars and Jupiter was first, after its discovery in 1801, considered a planet, then an asteroid, and since 2006 it was finally classified as a dwarf planet.

Although some astronomers still insist that Ceres should generally be called the tenth planet of the solar system.

How are the planets of the solar system most often classified?

The 4 closest planets to the Sun – Mercury, Venus, Earth and Mars – are most often called “terrestrial planets” (in English – terrestrial). And not because they are “near the Earth”, but because they have rocky surfaces.

4 other worlds – Jupiter, Saturn, Uranus and Neptune – are called “planets of the Jupiter group” (in English – jovian) or “Jupiter-like”.

For they are large in relation to the terrestrial planets, and also mainly composed of gases (for example, hydrogen, helium and ammonia), and not of rocky surfaces. However, astronomers believe that some or all of them may have solid cores. 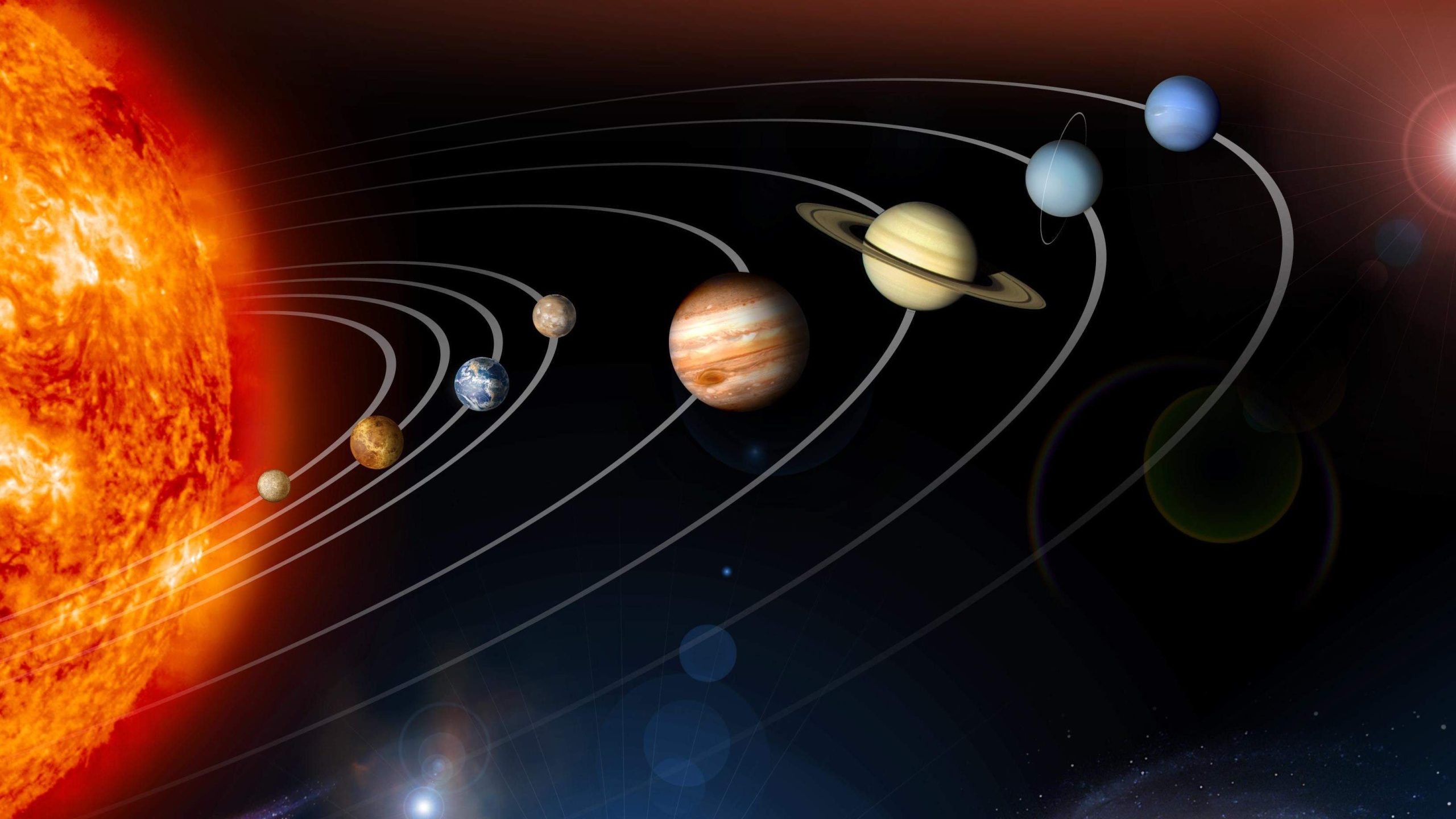 Illustrative image of the solar system

Jupiter and Saturn are also called gas giants, while the more distant Uranus and Neptune are called ice giants.

For these two have more atmospheric water and other molecules that form ice. We are talking about methane (crystallizes at a temperature of minus 183 degrees Celsius), hydrogen sulfide and phosphene.