(ORDO NEWS) — According to experts, an overdose of vitamin D is rare. Recently, however, the number of cases has been on the rise around the world.

Any supplements should be taken under medical supervision. Do not follow the recommendations of bloggers or “private experts”

An interesting case has been published in BMJ Case Reports. A middle-aged man was sent to the emergency room.

The patient went to his doctor, but tests soon ruled out many potential causes of the disease. At the same time, tests indicated acute kidney damage, as well as incredibly high levels of vitamin D and calcium (a common sign of a vitamin D overdose).

Why did he drink so much vitamin D?

The man reported that his symptoms began about a month after he decided to immediately drink a list of vitamins and supplements on the advice of a private nutritionist. But the doses prescribed to him were much higher than the recommended daily allowance.

For example, he took 150,000 IU (international units) of vitamin D per day, when the recommended dose is only 400-800 IU per day. True, the patient said that he stopped taking the cocktail after the onset of symptoms, but, nevertheless, they remained.

After an acute overdose and kidney damage was identified, the man was switched to intravenous fluids and hospitalized for eight days. Doctors monitored his blood count every day and gave him bisphosphonates to help manage high calcium levels during and after hospitalization.

Doctors explain that the patient’s symptoms persisted for a very long time, since vitamin D is fat-soluble, so it is “absorbed” into the fatty tissues of the body and is slowly absorbed.

However, this process is very lengthy! Two months after the man’s stay in the hospital, tests showed that his calcium levels had returned to near normal levels, but not his vitamin D levels!

Should You Take Vitamin D?

People naturally get vitamin D from food or from regular exposure to sunlight. And while there is some evidence that many people may be deficient in vitamin D, there is no evidence that taking large doses of vitamin D or other supplements will improve health.

On the other hand, vitamin D intoxication is almost always associated with improper supplementation. If you think that you are deficient in this vitamin, then you need to get tested and consult an experienced doctor.

Can vitamin D protect against covid-19?

Can vitamin D protect against covid-19? 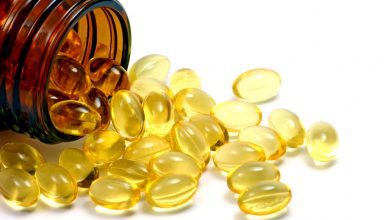 Doctors talk about the signs of vitamin D deficiency