If you don’t have a super suit like Tony Stark has, then it won’t end well. But let’s imagine that Iron Man did lend it to you.

That’s right, you wouldn’t have fallen straight down. In fact, it will take you at least 2.5 years before you reach the Earth’s surface . Why is that?

Height is not the main reason why you fall for so long. You see, the ISS can be called a station, but hardly stationary. In fact, it moves 12 times faster than a jet fighter.

During a hypothetical jump from the ISS, you would initially move at the same speed and, roughly speaking, enter a stable orbit – at least for a while. 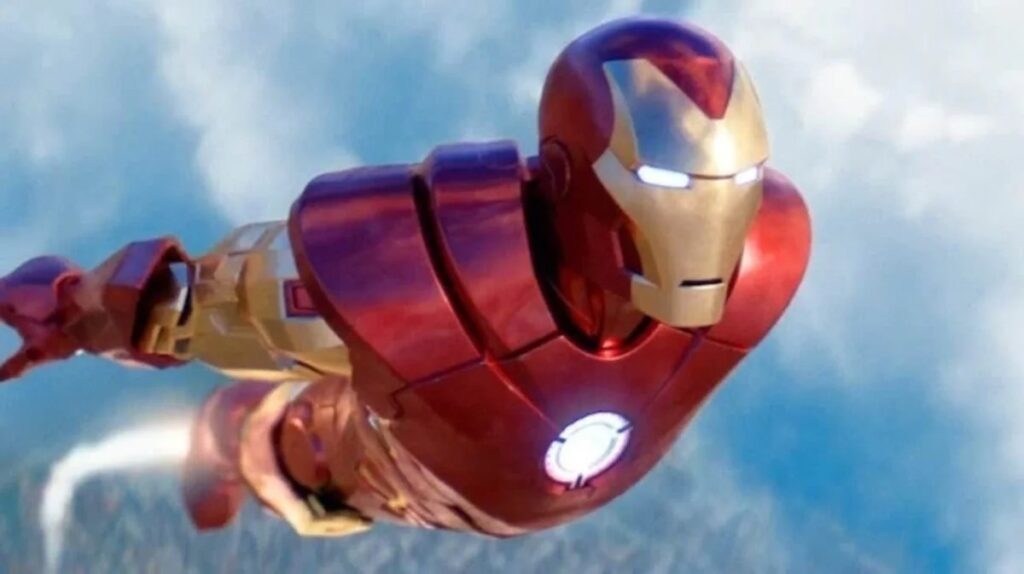 Even though it is very high, the ISS is moving through the Earth’s very rarefied atmosphere, and the continuous friction is gradually slowing the station down.

Because of this, the ISS has to periodically fire the engines to maintain speed and gain altitude in order to avoid falling to Earth.

But, unfortunately, your supersuit doesn’t have space engines strapped to your legs. This has its consequences:

Well, let’s imagine that you managed to overcome this test and now you are already in the dense layers of the Earth’s atmosphere. How to slow down?

Opening the parachute would be a bad idea, because it would immediately be torn to shreds.

As you fall at crazy speeds (at least 6 times the speed of sound), your super suit rubs against air molecules in the atmosphere and heats up to 1650 degrees Celsius – enough to melt iron.

In fact, the heat will be so intense that electrons will begin to rip off the atoms, creating a pink plasma around you that will eventually destroy the suit. And, of course, air resistance will tear off your limbs.

Okay, okay, let’s say you’re dressed in some new Tony Stark super suit that allowed you to survive this hellish stage and cut your speed by half through friction.

At an altitude of 41.3 kilometers above the Earth’s surface, you would set a new world skydiving record

In 2014, Alan Eustace, wearing an airtight suit, rose in a balloon almost to a height of 41,425 meters, and then jumped off.

He broke the sound barrier on his descent before opening his parachute and landing about 15 minutes after freefall. 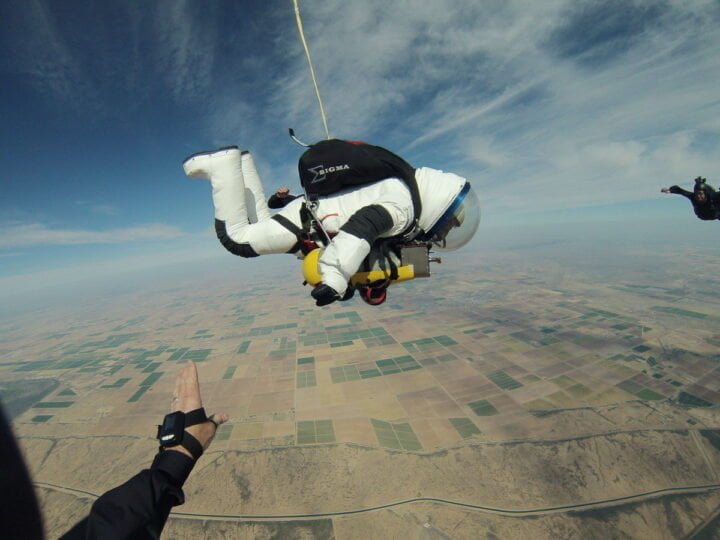 But you will fall much faster than Eustace – about 3 times the speed of sound. At this speed, braking is unrealistic, so you have to fly about 40 more kilometers before the friction slows you down even more, and you will be able to open your parachute to start your descent like a normal thrill-seeker.

Ahead of the long-awaited soft landing, which you would have dreamed of for the last 2.5 years …