(ORDO NEWS) — The best way to explore a new world is to land on it. This is why humans have sent spaceships to the Moon, Venus, Mars, Saturn’s moon, Titan and others. But there are several places in the solar system that we will never understand as well as we would like. One of them is Jupiter, which is composed primarily of hydrogen and helium. Trying to land on it is like trying to land on a cloud here on Earth. This gas giant has no outer crust to stop you from falling, all there is is an endless strip of atmosphere.

Moreover, you will face extremely high temperatures and will float freely in the middle of the planet, unable to escape. So the main question is: could you fall through one end of Jupiter and fly out of the other? It turns out you won’t be halfway there. Here’s why.

The largest planet in the solar system

Of all the worlds in the solar system, Jupiter is the least attractive planet for life. In 2017, German scientists from the Institute of Planetary Science reported that Jupiter’s core was formed a million years after the birth of the Sun. The researchers note that the gas giant played an important role in the formation of the entire solar system and, thanks to its study, scientists can judge the changes that have occurred to the solar system over this time.

It is also noteworthy that today we know more about this amazing planet than ever before. From the Voyager 1 and Voyager 2 missions, designed specifically for the study of Jupiter and Saturn and launched into space in 1977, to the launch of the Juno probe in 2011. In July 2016, the device flew to its destination. The main goal of the mission is to obtain data on the origin and evolution of Jupiter, as well as the processes taking place on the planet.

But could any of the spacecraft launched into space land on the surface of the gas giant? Researchers believe that any spacecraft, no matter how durable, will not be able to hold out on Jupiter for long, so a lunar lander is as good a choice as any other for this hypothetical scenario. But what happens if a person ever decides to land on the surface of this unfriendly planet?

Since there is no oxygen in Jupiter’s atmosphere, the key is to remember to take plenty of air with you. The next problem is scorching temperatures, so you have to bring an air conditioner too. You are now ready for a journey of epic proportions.

So when you enter the upper atmosphere, you will be moving at a speed of 177 kilometers per hour under the influence of gravity of Jupiter. But brace yourself. You will quickly enter the denser atmosphere below, which will hit you like a wall. But this will not stop you and in about 3 minutes you will reach the top of the clouds and find yourself at a depth of 249 kilometers. Here you will experience the full brunt of the rotation of the gas giant.

Jupiter rotates faster than all other planets in the solar system. One day here lasts about 9.5 Earth hours. This creates powerful winds that can circle the planet at speeds in excess of 482 kilometers per hour.

At the same time, about 120 kilometers under the clouds, you reach the limit of human capabilities. For example, the Galileo probe, which plunged into Jupiter’s atmosphere in 1995, lasted only 58 minutes before being destroyed by the crushing pressure of the gas giant. 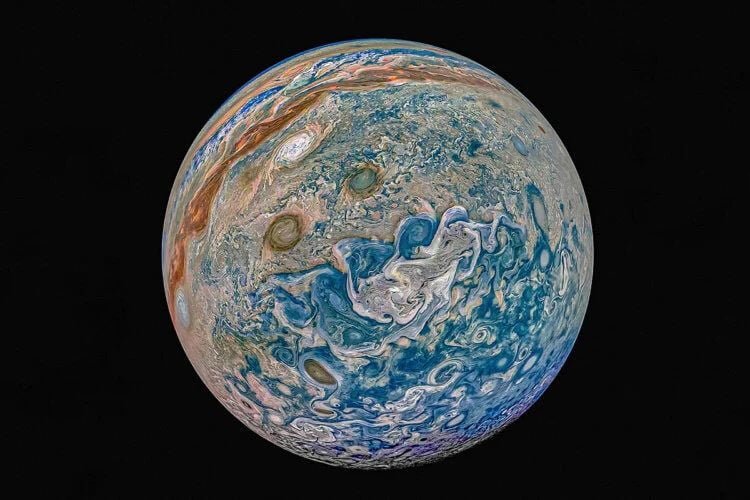 But if you assume that you are flying deep into Jupiter in a spaceship, then you will not be able to see anything, so you have to rely on the instruments built into the ship to understand what is happening around. At a depth of 692 kilometers, the pressure is 1,150 times higher than on Earth. A little deeper and the pressure and temperature would be too high for the spacecraft to withstand.

But let’s say you could find a way to go even lower. If you succeed, you will uncover some of Jupiter’s greatest mysteries. But, unfortunately, you will not be able to tell someone about this discovery – the atmosphere of the planet absorbs radio waves, so you will be completely cut off from the outside world.

As soon as you reach a depth of more than 4 thousand kilometers, the temperature will be 3371 ° C. This temperature can melt tungsten, the metal with the highest melting point in the universe. Your fall time will be at least 12 hours. And you won’t even go halfway.

These conditions are so extreme that they alter the chemistry of the hydrogen around you: hydrogen molecules are pressed together so close that their electrons decay, forming an unusual substance called metallic hydrogen. Metallic hydrogen is highly reflective. So if you try to use a flashlight to look around below, you won’t see anything. 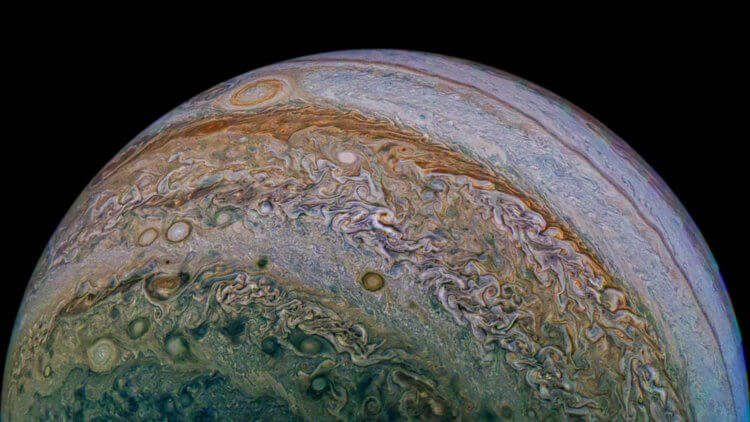 Since this metallic hydrogen is as dense as rock, as you move deeper into the planet, the buoyancy force of the metallic hydrogen will counteract the gravitational pull. Eventually, this buoyancy will “shoot” you back up until gravity pulls you back down like a yo-yo toy. And when these two forces become equal, you will remain in free floating in the middle of Jupiter, unable to move up or down, and without the slightest opportunity to get out.

Suffice it to say that all attempts to land on Jupiter are a bad idea. We may never see what is hidden under these majestic clouds. But we can explore and admire this mysterious planet from afar.

Some stars can travel in time

Some stars can travel in time