(ORDO NEWS) — Most impact craters are usually round and fairly symmetrical, but not all are. This oddly shaped crater on Mars is apparently an impact crater, but it has a unique elongated shape. What happened?

Most craters are circular due to the ejection of material in all directions as a result of the impact.

Complex craters, on the other hand, are large craters with complex features such as terraces, central peaks, and rims and walls with their own features. Elongated craters, like the one in the image above – which is found on Noahis Terra – are sometimes formed as a result of hitting the surface at a very sharp angle.

But scientists and the HiRISE (High Resolution Imaging Science Experiment) camera on the Mars Reconnaissance Orbiter don’t think that explains the shape of this crater. This is definitely a complex crater, and it has some distinct features that may explain its unique shape.

The HiRISE team notes that large blocks of material in the northeast and northwest corners look like they have slid into the crater. These collapses expanded the crater in these directions, giving it an elongated appearance.

On the HiRISE website, you can see all the shapes and types of craters in incredible detail. HiRISE is the most powerful camera ever sent to another planet and one of six instruments aboard the Mars Reconnaissance Orbiter.

Since arriving in orbit around the Red Planet in 2006, the camera has taken hundreds of thousands of high-resolution images of the surface of Mars. 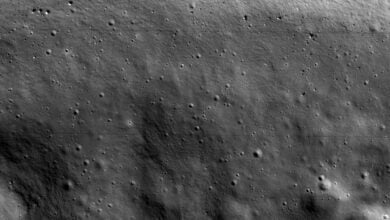 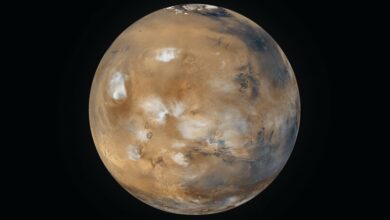 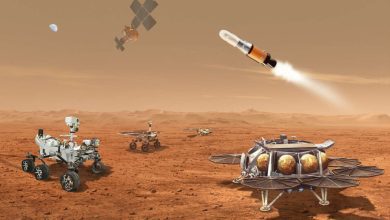