(ORDO NEWS) — Ethiopia, which today, alas, is among the poorest countries in the world, has a long history and is in many ways unique as a local civilization.

In his column, Popular Mechanics editor Oleg Makarov talks about where Ja Rastafarai came from and how Ethiopian names are arranged in general. The Internet editors express their gratitude for the interesting material.

The oldest Ethiopian state – Aksum – was one of the first in the world to officially adopt Christianity. This happened in the 4th century AD, 600 years before the Baptism of Russia. Formerly known in Europe as Abyssinia, Ethiopia is the only African country to have created a large number of literary monuments based on its own script.

Only the Ethiopian army (and only it in all of Black Africa) once managed to defeat the European army – the Italians were defeated in the Battle of Adua in 1896. And, finally, Ethiopia escaped the fate of all its neighbors on the continent and did not become a foreign colony, except for a short-term occupation in 1935-41 by the same Italians. The state language of Ethiopia is not Ethiopian, as one might think, but Amharic, a representative of the southern branch of the Semitic languages, which is distantly related to Arabic, Hebrew, modern Assyrian (Aramaic), etc.

And, interestingly, almost all Amharic proper names are “speaking”, having a direct meaning in the language, unlike, for example, European names, the original meaning of which is practically lost. Who, for example, remembers exactly what and in what language the names “Irina” or “Sergey” mean?

In Ethiopia, it’s not like that – Amharic names are translated. Giving a name to their child, parents can wish the male offspring a great bossy career, calling him, say, “Mulugeta” (ሙሉጌታ) – “full master” (“full” not in the sense of complexion), and wish their daughters universal admiration, giving her the name “Amakkelech (አማከለች) – literally “gathered around herself.”

By the way, the only Ethiopian woman with that name seen by the author was really wonderfully beautiful and attracted many admirers.

From here we will smoothly return to the title itself. So what is Jah Rastafari, the expression known as the cry of the Rastafarians, representatives of a syncretic religion born in Jamaica. We won’t delve too deeply into the subtleties of this creed, which is infamous for romanticizing the use of illegal substances, but will say only what is relevant to our topic.

The creators of Rastafarianism, the descendants of African slaves brought to the Caribbean Islands, having read the Bible, decided that they deserved their own messiah – and the God of the Bible Yahweh (Jah) should appear to them in the form of a dark-skinned ruler.

The last emperor in the history of the country, Haile Selassie (ኃይለ ሥላሴ), who ascended the Ethiopian throne in 1930, was appointed to the role of the messiah and the next incarnation of God after Christ.

Perhaps the ancient Christian tradition of Ethiopia played a role in the choice, the legend of the origin of the dynasty from King Solomon himself, as well as the reputation of an African country that did not submit to the white man. It is from such an unusual land that black Jah should come from. It must be said that even before his official accession to the throne, Haile Selassie was the de facto co-ruler of Ethiopia, along with the only woman in history on the imperial throne, his cousin Zaudu (ዘውዲቱ), which means “she is the crown.” Quite a name for such and such a title!

The future emperor Haile Selassie was then called Ras Teferi Makonnyn (ራስ ተፈሪ መኮንን). The main meaning of the word “ras” is “head”, but in Abyssinia in those days it was the name of the highest title for the nobility, something like a prince or duke. Teferi is a personal name meaning “terrible”.

But what is it? Surname? Second name? No – patronymic. The full name of an Ethiopian consists of two parts: the first is the personal name, the second is the name of the father. And that’s it. There are no last names.

We see something similar among the Icelanders, who also do without surnames. However, the patronymics of these strange Scandinavians consist not only of the father’s name, but also of the gender indicator – dottir (daughter) or son (son). In general, the father of Ras Teferi was called Makonnyn.

In distant Jamaica, apparently, they did not really think about it. over where there is a name, where there is a title, and called their living God Jah Rastafarai. It turned out something like “princesandrey”. Why not Rastafari? Due to some peculiarities in the transmission of Amharic sounds in English and due to the tradition of reading I at the end of a word as “ai”. Having ascended the throne, Ras “Grozny” became the emperor of the “Power of the Trinity”. This is how his throne name is translated into Russian. The emperor was no longer supposed to have a patronymic. The name consists, as we can see, of two parts “hail” (ኃይል) – “strength” and “syllase” (ሥላሴ) – “Trinity”.

The Selassie variant came to us through Western European languages. Here we need to make a small clarification. Some of the names that we originally called Amharic are still more correctly called Ethiopian, since they are built from words and based on the constructions of the ancient language gyyz.

New Semitic languages ​​of Ethiopia (not only Amharic) developed from Geez, medieval Ethiopian historical chronicles, lives of saints, theological works and even poetic texts were written in Geez. So a possessive construction like “Haile-Selassie” is understandable to any speaker of Amharic, but, in fact, refers to the classical ancient language. There are many examples of names of this type.

In 1974, the young Ethiopian military overthrew the aged emperor, and Lieutenant Colonel Mengistu Haile-Mariam (መንግስቱ ኃይለ ማርያም) became one of the leaders of the revolution (later actually the dictator of the country).

The name “Mengistu/Mengistu” means “his power, his state”. “Haile-Mariam” – patronymic – consists of the already familiar word “heil”, that is, “strength”, and the name of the Virgin Mary in its original biblical form. “The power of St. Mary”, therefore.

The Mengistu regime, which proclaimed a course towards socialism, was very popular in the USSR, and Soviet journalists, not really understanding the intricacies of Ethiopian onomastics, reported news about “Comrade Mariam”, not even suspecting that they called an African macho in a uniform half a patronymic, and at the same time female name. In addition to “strength”, other words from the gyyz language are also popular in the composition of such names. For example, “gebr” (ገብር) – “slave”. It seems strange to us, but the word “slave” in Ethiopian names is used quite often.

In the same sense as in our expression “Servant of God”, that is, a faithful servant, a true believer, etc. This is where such names as “Gebresyllase/Gebre-Selassie” (ገብረ ሥላሴ) come from. Yes, yes, you already understood, it means “Servant of the Trinity.” And there is also “Gebre-Meskel” ( ገብረ መስቀል) – “Slave of the Cross” and even “Gebre-Khiyuot” ( ገብረ ሕይወት) – “slave of life”.

And at the end of the funny. In the comedy series “Kitchen” and its various spin-offs, the hero of the Russian actor Grigory Siyatvinda is called Mikhail Dzhekovich Gebrselassie.

The implication is probably that “Gebrselassie” is a surname. But … as we remember, the Ethiopians do not have surnames. Maybe the hero’s dad was named Jack Gebrselassie? Something did not happen to meet Ethiopians with Anglo-Saxon names, but anything can happen.

But then Gebreselassie is the name of the grandfather of Mikhail Dzhekovich! To talk seriously about factual inaccuracies in entertainment films is, of course, ridiculous. And yes, if you meet an Ethiopian whose name is, say, Amakkelech Gebre-Yesus, do not rush to call her “Mrs. Jesus”, but rather remember that 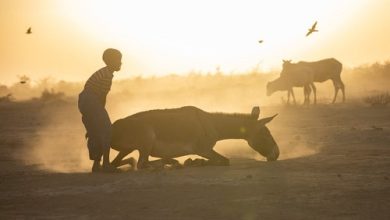 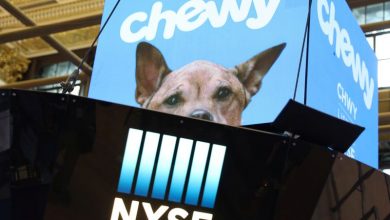