(ORDO NEWS) — In December 2019, astronomers finally managed to classify a colossal cosmic explosion discovered back in 2018 an event so bright and powerful that it had to be reclassified into an entirely new class.

It’s no secret that there are a great many high-energy phenomena in space, and therefore explosions happen there quite often. However, scientists refer to special, extremely fast and intense bursts of energy as Fast Blue Optical Transients, or FBOT.

In 2018, astronomers spotted an exceptionally bright FBOT AT2018cow, nicknamed “The Cow”, in a galaxy 200 million light-years away from Earth.

Soon, relatives were found with him: the Koala explosion, which happened in an even more distant galaxy (from it to the Earth as much as 3.4 billion light years), as well as the CSS161010 explosion (this is its abbreviated name), which occurred at a distance of 500 million light years.

To understand the scale of these events, it should be noted that the Cow is at least 10 times more powerful than the average supernova explosion.

However, all the trinity had another curious feature – the level of radio emission simply went off scale . For example, CSS161010 spewed a fantastic amount of stellar material into space at an enormous speed – about 55% of the speed of light!

This fact caused great bewilderment among astronomers. During stellar explosions, matter can indeed be accelerated to near-light speeds, but we are always talking about an insignificant (by the standards of a star) amount of this very substance.

So, usually a star accelerates about one millionth of the mass of the Sun. But CSS161010 launched at a tremendous speed from 1 to 10% of the solar mass.

So what caused such powerful explosions? They resemble supernova explosions, but flare up and fade away incredibly quickly. In addition, due to the colossal temperature, their glow takes on a bluish tint, which also makes FBOT stand out compared to a normal supernova.

At this stage, scientists have deduced two possible explanations for these strange phenomena. The first is that FBOT occurs when a black hole devours a white dwarf; the second is that this is an unusual type of supernova, as a result of which the core collapses with great force, turning into either a neutron star or a black hole.

As a rule, an exploding supernova throws off a spherical shell of stellar material, and sometimes forms a rotating accretion disk around the core, feeding jets of incandescent matter escaping from its poles. It is they who propagate gamma rays in outer space, as a result of which this phenomenon is called the “gamma burst”.

FBOT explosions are very similar, but differ from “ordinary” supernovae by the presence of a very dense cloud of matter of unknown origin.

When the shock wave collides with it, it provokes a very fast and incredibly bright flash, which the instruments register in a wide range of wavelengths. The researchers promise that they will continue to study the mysterious cosmic explosions and in the future will please us with new discoveries. 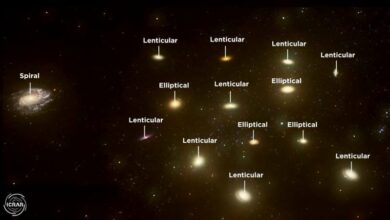 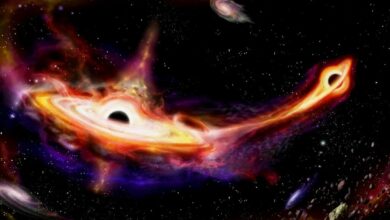 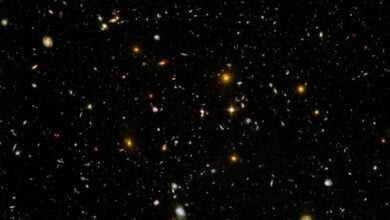