(ORDO NEWS) — In 2022, astronomers reported an anomalous increase in solar activity. Scientific observer Nikolai Grinko tells about how magnetic storms are formed and what consequences they can bring.

In September 1859, British astronomer Richard Carrington, who was studying dark regions on the Sun, noticed an unusual phenomenon – the brightest explosion in the center of a large spot.

A few hours later, a powerful magnetic storm covered the Earth. If you believe the newspaper reports of that time, in the points of the planet where it was night, the sky became bright as day. People in different countries ran out of their houses, fearing a fire.

Telegraph operators said that sparks jumped between their fingers and equipment, and transmission of messages became impossible for several hours.

Fortunately, in the 19th century, technology depended little on electricity; there was no global collapse. But with the development of progress, the damage from solar storms became more and more.

Due to an outbreak in May 1921, train control rooms in the American northeast and telephone exchanges in Sweden caught fire from equipment overheating. In 1989, a magnetic storm left Quebec in darkness for nine hours due to an electrical overload.

The dependence here is direct: the more electronics, the more serious the consequences. To this day, we probably do not have a single important device left that does not have electronic circuits.

A solar flare is the release of an incredible amount of energy. Its volume is comparable to the world energy consumption for one million years.

The star rotates and randomly bombards the surrounding space with the most powerful streams of radiation and matter, and sometimes such emissions are directed towards the Earth. In such cases, we need to prepare for trouble.

Photons from the flash reach us in 8.5 minutes, then powerful streams of charged particles reach us within an hour, and plasma clouds reach our planet in two to three days. Of course, most of them bring to Earth only magnetic storms, from which weather-dependent earthlings are ready, and in rare cases, auroras of incredible beauty. 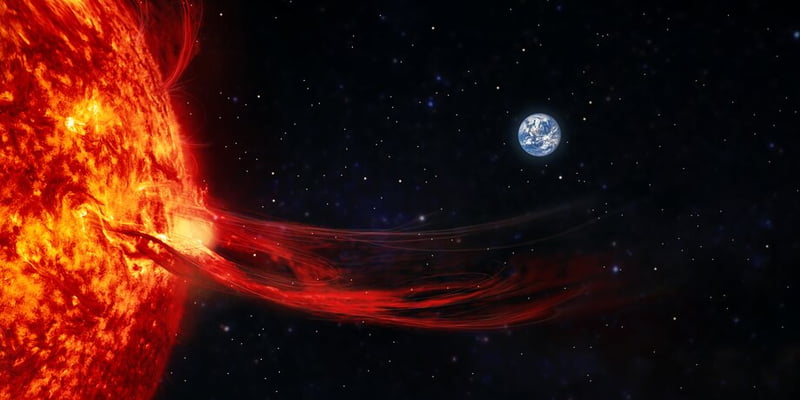 But sometimes stellar storms acquire colossal strength, and the magnetosphere of our “ball” is unable to withstand them. This has happened more than once and there is no guarantee that this will not happen in 2022. But it is absolutely impossible to predict.

It is generally accepted that the activity of our luminary is subject to 11-year cycles, each of which begins with the fairly rapid appearance of sunspots and ends with their slow disappearance.

In fact, such cycles last from 7 to 17 years, and only the last one, which ended in February 2019, lasted exactly 11 years – the only one in the entire history of observations.

Today we are in the first part of a new cycle, when dark regions are rapidly appearing on our star, but now the rate of their occurrence is anomalously high. Only in March of this year, 146 flares occurred on the Sun, including one X-ray, and 13 M-flares of high intensity.

Auroras were seen in the southern regions, short-wave radio communications were disrupted on ships and aircraft flying over the poles, several satellites lost their orientation for a while. But for now, all this can be considered luck and minor incidents.

One can try to imagine what would happen if a solar storm of monstrous force reached the Earth. The first to feel its impact will be the astronauts.

They will have to spend several days in shielded compartments of space stations to minimize exposure to radiation. The planet’s ionosphere will howl with electric fields and make radio and GPS signal transmission impossible. The satellites will begin to veer off course, some of them will de-orbit and fall. 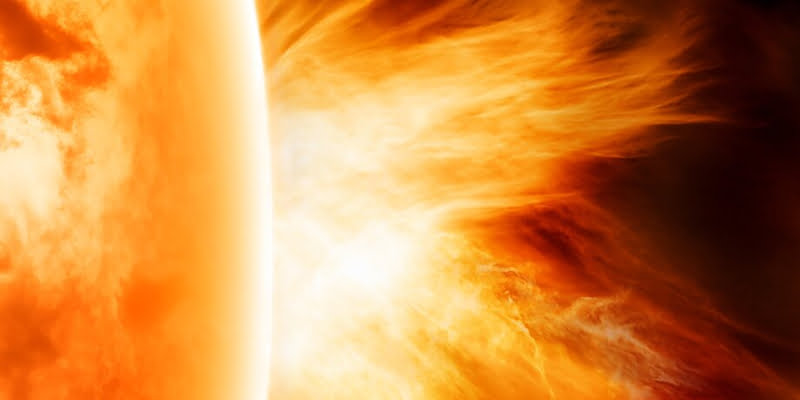 Without navigation systems, all planes in the sky at the time of the storm will try to land at the same time – according to paper maps, stars and airport lights. The electrified atmosphere will begin to transmit current on the surface of the planet, which will flow along the path of least resistance – through electrical networks.

Transformer stations will overheat and burst into flames. The infrastructure left without electricity will go haywire: metro trains will freeze in tunnels, cities will freeze in traffic jams without traffic lights, water and heat will be turned off.

Products in warehouses will begin to deteriorate in idle refrigerators, there is no connection, no Internet, medical equipment does not work…

What are solar flares

What are solar flares