Geochemical analysis showed that the shape of the tissues was preserved due to phosphorus, which was contained in the original tissues of the animals. This is the first such study of ichthyosaurs from the ophthalmosaurid family. The work was published in the journal PeerJ.

Ichthyosaurs (Ichthyosauria) appeared in the early Triassic and survived until the middle of the Cretaceous. Outwardly, these marine reptiles resembled cetaceans, especially dolphins.

Some ichthyosaur specimens from the Lower Jurassic (201 to 174 million years ago) have well-preserved remains of soft tissues, including fossilized subcutaneous fat, the presence of which indicates warm-bloodedness. However, there is not much information about the soft tissues of later ichthyosaurs. 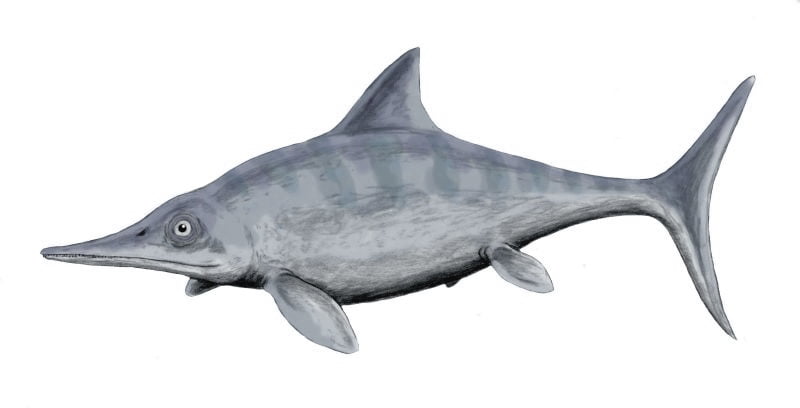 Paleontologists from Norway and Germany, led by Lene L. Delsett of the Smithsonian Institution, have been able to study two soft-tissue ichthyosaur specimens from the Upper Jurassic Solnhofen limestone in southern Germany, which is about 150 million years old. This locality belongs to the Lagerstätts – in them the fossils are characterized by exceptional safety.

The first sample was represented by an almost complete skeleton, and the second – only by the tail. The skeleton was discovered in 2009, the tail – in 1926, but so far both specimens have not been officially described.

Scientists determined that the skeleton belonged to Aegirosaurus sp., an ichthyosaur from the family of ophthalmosaurids (Ophthalmosauridae). But the tail did not have diagnostic features by which it would be possible to determine the systematic position.

However, scientists have suggested that it also belonged to an ophthalmosaurid. The skeleton of Aegirosaurus stood out from other ophthalmosaurid specimens in that it retained almost all of its gastralia—the ventral ribs.

Observations in ultraviolet light showed that both specimens had preserved petrified skin. At the same time, paleontologists did not find scale impressions, which is consistent with previous studies of the soft tissues of ichthyosaurs. 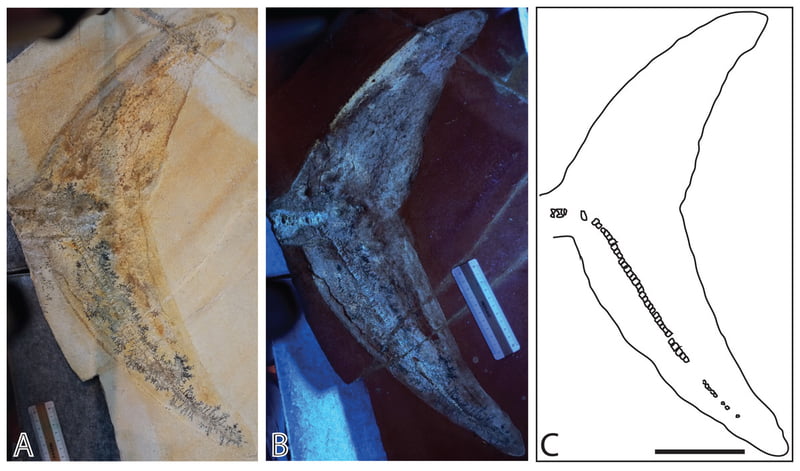 Paleontologists took small samples of fossil tissue from both specimens and studied them using X-ray diffraction analysis and energy-dispersive X-ray spectroscopy. The results showed that fossil soft tissues are composed of a phosphate called fluorapatite.

At the same time, phosphate was found only in the fossils themselves, but not in the rock surrounding them. This indicates that the decomposing soft tissues of animals were the source of phosphorus. The resulting fluorapatite retained the shape of the original tissues.

Delsette and her team note that this is the first geochemical analysis of ophthalmosaurid fossils. The findings will help better understand why large vertebrate fossils are so well preserved in the Solnhofen limestone. Well-preserved outlines of soft tissues will also allow reconstruction of the details of ichthyosaur locomotion.

Scientists figured out how to make living tissue transparent

Scientists figured out how to make living tissue transparent