(ORDO NEWS) — NASA’s James Webb Space Telescope has detected clear signs of water as well as clouds and fog in the atmosphere of a hot, bloated gas giant planet orbiting a sun-like star.

The planet WASP-96 b is one of more than 5,000 confirmed exoplanets in the Milky Way. Located about 1150 light-years away in the southern constellation Phoenix, it is a gas giant unlike any of the giant planets in our solar system.

The planet WASP-96 b, which has a mass about half that of Jupiter and a diameter about 1.2 times greater, has an average density much less than the density of matter of any of the planets in the solar system.

In addition, the temperature on this planet is about 550 degrees Celsius, which is significantly higher than the temperatures on the gas giants of our planetary system.

The planet WASP-96 b orbits extremely close to a star like the Sun, so that the distance to it is only one ninth of the distance between the Sun and Mercury,

The combination of large size, short orbital period, voluminous atmosphere, and lack of stray light from nearby sources makes WASP-96 b an ideal target for atmospheric observations.

On June 21, Webb’s onboard Near-Infrared Imager and Slitless Spectrograph (NIRISS) instrument measured light coming from the WASP-96 system over a 6.4 hour period as the planet moved in front of the star’s disk.

As a result, a light curve was constructed showing the decrease in the brightness of the star during the transit of the planet, and transmission spectra were taken, reflecting changes in the brightness of infrared waves with certain wavelengths ranging between 0.6 and 2.0 microns.

While the light curve only confirms properties previously identified in other studies – such as the size of the planet and the parameters of its orbit – the transmission spectra reveal previously unknown details about its atmosphere: strong signs of the presence of water, signs of the presence of fog, as well as evidence of the existence of clouds, which not predicted from previous observations.

Researchers will be able to use these spectra to measure the amount of water vapor in the atmosphere, as well as impose limits on the abundances of various chemical elements such as carbon and oxygen, and estimate temperatures at different levels in the planet’s atmosphere.

Then the estimates obtained will form the basis for calculating the composition of the planet’s matter, and will also allow us to formulate hypotheses about its formation. 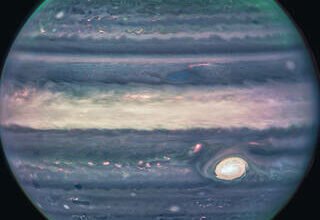 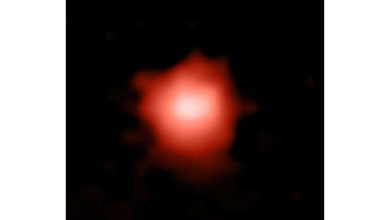 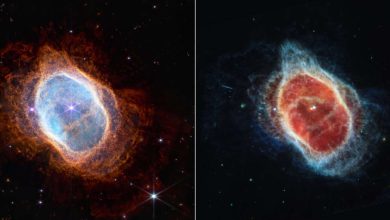 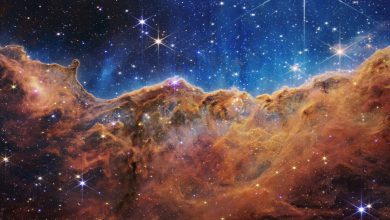 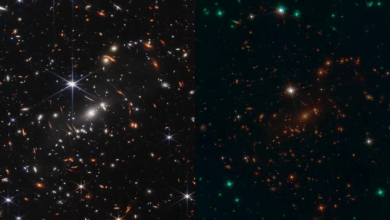