(ORDO NEWS) — One of the most distant objects of our Universe, accessible for observation with the naked eye , is our “neighbor”, the galaxy M31, which is also the famous “Andromeda nebula”. If you have good eyesight, then in the suburban “unlit” night sky this galaxy can be seen just like that, without a telescope or binoculars, in the form of a small foggy speck, somewhat reminiscent of a candle flame. 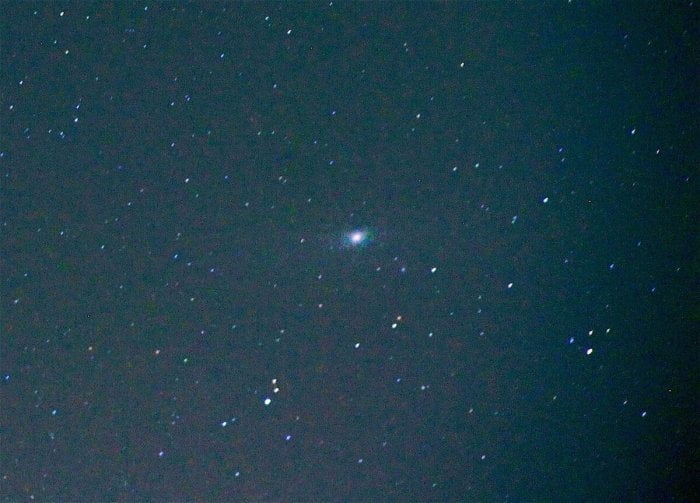 Looking at this speck, it is hard to believe that this object (which is “here it is, here”!) Is from us at a monstrous distance of 2 and a half million light years. The light that we see tonight originated back in those distant times when there were no people on Earth yet, can you imagine? Some continuous habilis, australopithecines and other “monkey-men”.

However, let’s make an important correction: the small speck that our eye sees is not the whole Andromeda nebula! The entire Andromeda nebula occupies as much as 3 angular degrees, that is, 6 times the diameter of the full moon! With the naked eye, we see only the bright core located in the center of this galaxy. 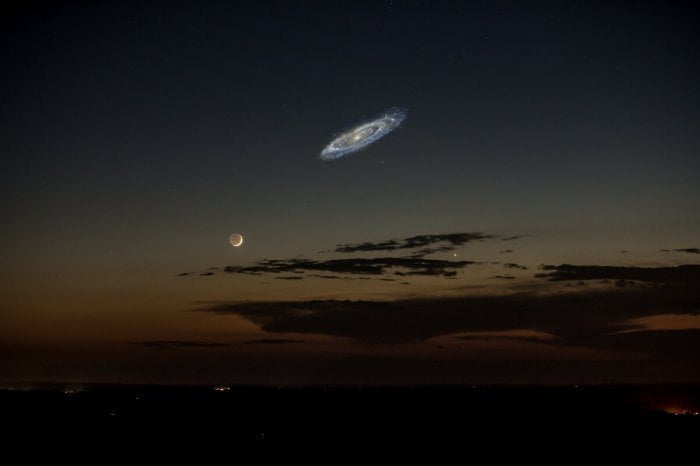 “Stop!” – you say. – But all galaxies should be similar to each other, right? This means that our Galaxy – the Milky Way – must also have a bright core! We perfectly see the core of the Andromeda nebula, located incredibly far from us – why don’t we see the bright core of our Galaxy in the sky? After all, it is located much closer to us! “

Agree, astronomers had something to smash their heads over. What kind of mysticism, what’s the matter? Maybe our Milky Way is not built like other galaxies? Maybe he doesn’t have a core at all? Or is the bright core closed from us by some unknown celestial objects? But which ones?

In the XX century, astronomers gradually found out that galaxies contain not only stars, but also gas, and most importantly, dust. Sometimes there can be an unimaginable amount of “stardust”! For example, the M64 galaxy is so rich in dust that it even received the romantic name “Black Eye”. 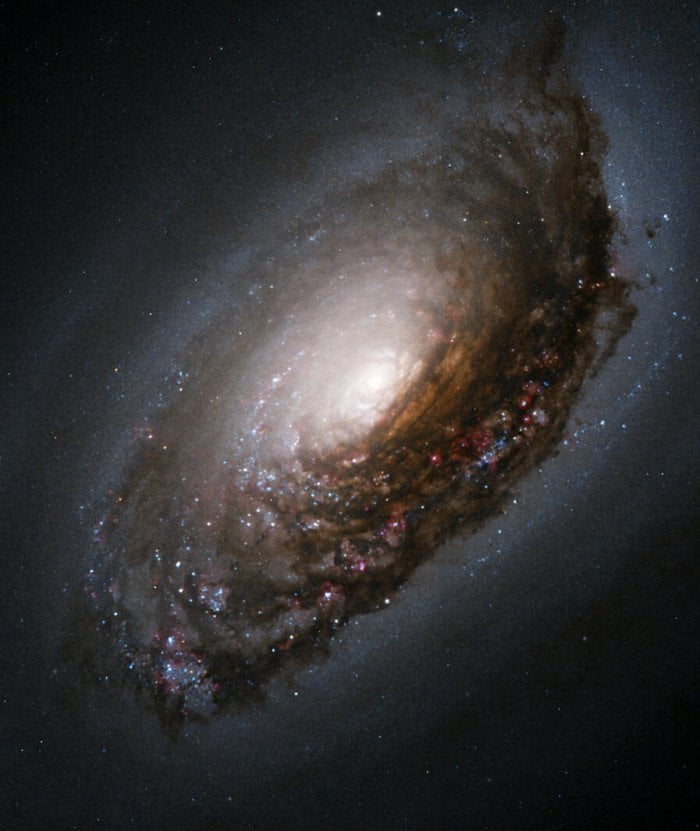 Cosmic dust is very fine – by our standards it is not even dust, but “smoke”. However, the clouds of this “smoke” can extend for hundreds and thousands of light years, and therefore do not let light through at all! An excellent example of such a “black cloud” is the Horsehead Nebula (Barnard 33) in the constellation Orion. 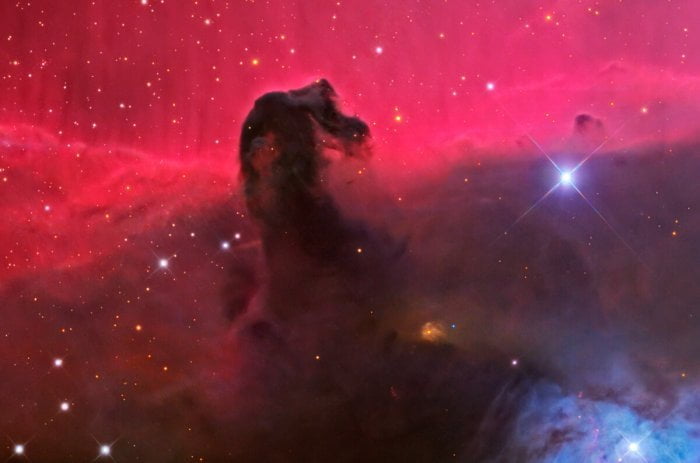 So, the “suspect” in the “theft” of our galactic nucleus has been found – cosmic dust. But suspicion is not yet proof.

Astronomers got 100% proof only when extra-atmospheric telescopes were built for observations in the infrared range invisible to our eye. For infrared rays, dust clouds are almost transparent – and it is this feature that scientists have taken advantage of. The Spitzer Space Infrared Telescope was able to take a magnificent picture of the “suspicious” section of the Milky Way in the constellation Sagittarius – a very bright star-like object was indeed discovered behind the “dark” region – the long-awaited core of our Galaxy. 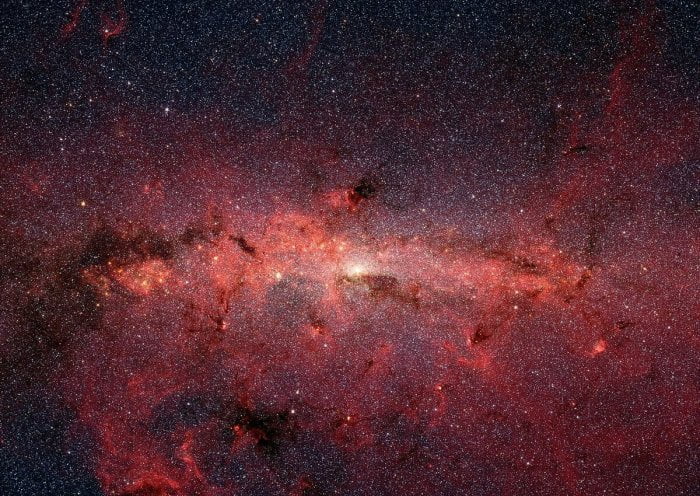 The daunting astronomical riddle was finally solved – though, to be honest, there was still a little regret left. After all, if it were not for these dark dusty clouds, our night sky would be even more beautiful than it is now …

Did you know that our Milky Way galaxy and the Andromeda Nebula are rapidly approaching? What will this lead to, and what will our world look like after their collision?