(ORDO NEWS) — Throughout human history, animals have been effectively domesticated and used as supplements to meet human needs.

While dogs and cattle became effective denizens of the immediate home area, elephants were among the first animals that humans trained and sent to fight in what is called elephant breeding.

Pigeons, dogs, horses, bears, camels, and even bees were used in combat in various cruel and unthinkable ways. The ancient Romans used war pigs to fight elephants, including setting them on fire!

Despite their huge size and strength, Pliny the Elder said of them: “Elephants are frightened by the slightest squeal of a pig.” Pigs appeared in written sources as a weapon of war around 240 BC.

Some stories say that the Roman legions used the power of the screech by releasing pigs among the elephants or hanging them from the walls of fortresses. It was claimed that the screeching alone caused the elephants to retreat.

This is confirmed by the Roman author and teacher of rhetoric Aelian, who wrote that the Romans used these strategies as early as 275 BC. at the Battle of Beneventum. He’s writing:

“The elephant is terrified of the horned ram and the squeal of the pig. It was with their help, they say, that the Romans put the elephants of Pyrrhus of Epirus to flight, and the Romans won a glorious victory.” 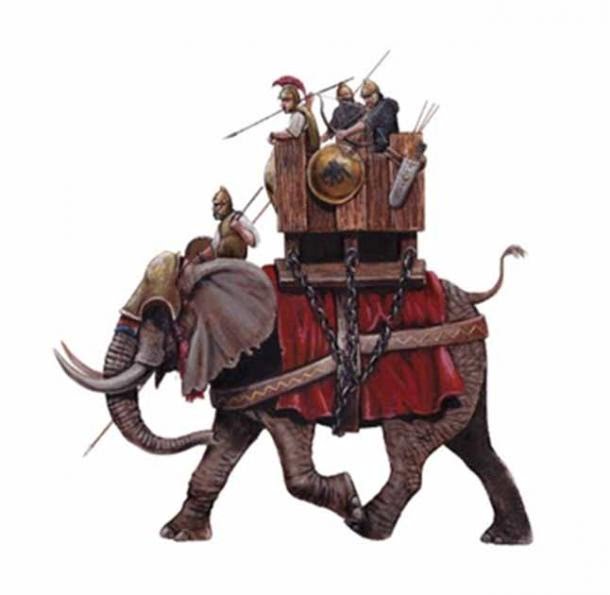 The Romans used squealing pigs as a countermeasure against Pyrrhus’ war elephants. The strategy was that the pigs would run uncontrollably into enemy lines, causing confusion and pandemonium.

According to the Pseudo-Callistenes or History of Alexander, Alexander first learned of the pig as a secret weapon against elephants from Porus.

Over time, elephants were trained to resist the squeal of a pig, especially after the wars of Justinian, in particular after the siege of the Mesopotamian city of Edessa in 544 AD.

Late Antiquity historian Procopius was the one who described the use of pigs by Byzantine or Eastern Roman armies.

Khusrau I, king of Persia, laid siege to Edessa and defeated the Roman troops. Things got to the point that Khusrau’s troops entered the city.

“But the Romans,” writes Procopius, “by hanging the pig to the tower, avoided danger. When the pig hung there, it naturally squealed, and this irritated the elephant so much that he, little by little, retreating, retired.”

Over time, enemy troops learned to counter this tactic. Elephants were taught not to be afraid of the squeal of a pig and calmly engage in battle, raising baby elephants with baby pigs.

This forced the Byzantines, heirs of the Roman heritage, to change their tactics, which they learned from their own experience in numerous battles with the Abbasids and Umayyads. 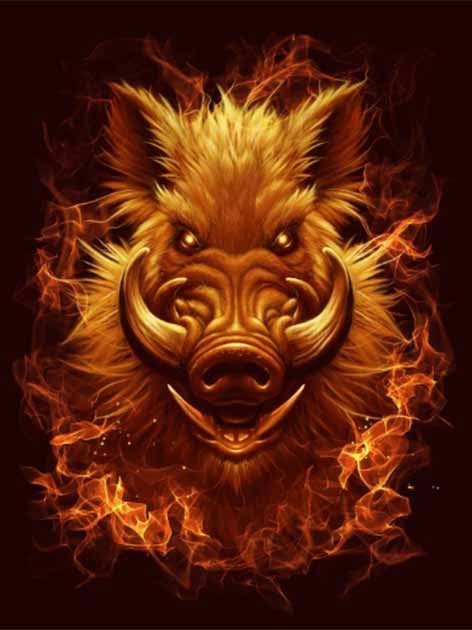 The Romans were not alone in using pigs as a military weapon. Incendiary pigs, or flaming pigs, were used to counterattack at the nearly lost battle of Megara by Antigonus II Gonatas in 266 BC.

The local residents of Megara doused the pigs with a flammable liquid – oil or tar, set them on fire and drove them towards the enemy war elephants.

Elephants, naturally, rushed in all directions, trampling many of their soldiers. This event was recorded by the military writers Polien and Aelian.

Polien writes: “Antigonus [Gonat] led his elephants to attack, but the Megarians doused the pigs with pitch, set them on fire and released them among the elephants. ranks and scattered in different directions.

From that time on, Antigonus ordered the Indians, when they trained their elephants, to start pigs among them, so that the elephants get used to their sight and noise. ” 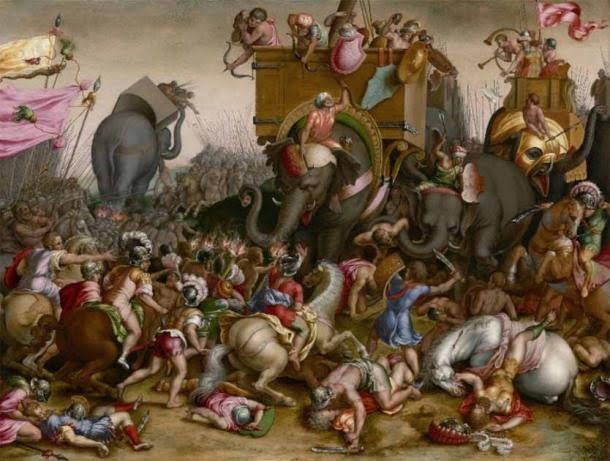 This practice was so widespread that it was immortalized on a Roman coin from this period, which featured an elephant on one side and a pig on the other.

Lucretius wrote in “De Rerum Natura” or “On the Nature of Things” (1st century BC) about these “flaming pigs”:

“They threw squadrons into confusion, both friends and enemies, shaking from all sides with terrible crests on their heads, and the riders could neither calm the spirit of their horses, frightened by the roar, nor direct them towards the enemy. The pigs struck blows with fangs from below and from threateningly uplifted the earth.”

By antiquity, the destruction of elephant habitats led to an overall decline in the elephant population.

The use of elephants in combat was reduced, and, accordingly, the use of incendiary pigs was no longer used.

These pigs had a short life after being set on fire, making them tactically ineffective. Also, in many cases, ineffective pig training has led to self-destruction, with the pigs rioting in their camp, wreaking havoc.