(ORDO NEWS) — The Kingdom of Benin was an important African kingdom that flourished between the 13th and 19th century AD. Benin was located in the southwestern part of modern Nigeria, and its capital was the city of Benin.

The city of Benin is perhaps best known for a group of artifacts collectively known as the Benin Bronzes. These items were looted by British troops during their expedition against Benin in 1897.

While a large number of these artifacts ended up in the British Museum, others were scattered throughout the museums of the West.

A lesser known achievement of the Kingdom of Benin are the so-called Benin Walls that surrounded the city of Benin.

The walls of Benin were damaged by the British during their invasion and more destroyed in the following decades. Parts of the walls are still visible today, although they are still in danger of being destroyed. 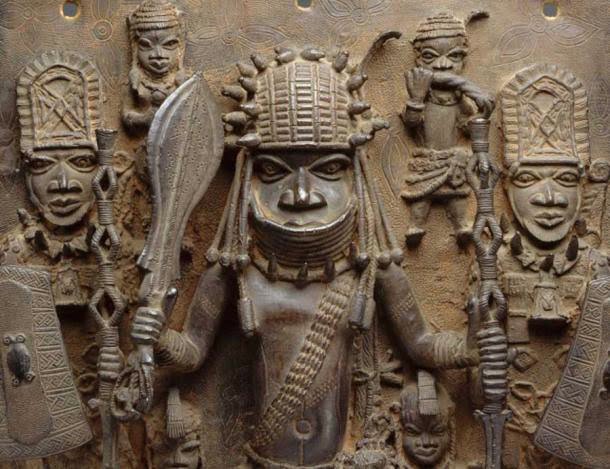 There were about 36 Ogiso who ruled over the people of Edo. During the reign of the last Ogiso, his son and heir, Ekaladerkhan, was exiled as punishment for an offense committed by one of the queens. The queen changed the oracle’s message to Ogiso.

After his exile, the prince went to the country of the Yoruba, another ethnic group living in the western part of modern Nigeria. A Yoruba oracle foretold that a king would emerge from the forest.

Therefore, when Ekaladerkhan arrived in the Yoruba city of Ife, he was welcomed and appointed king. Ekaladerkhan changed his name to Imadoduwa, which means “I did not err in my kingship”.

After some time, Imadoduwa’s father died, and the throne of Benin remained vacant. A delegation of Edo chiefs came to Ife to ask Imadoduwa to return to their lands and take his father’s place as Ogiso. While he was a prince, Imadoduwa was greatly loved by the people of Edo.

However, Imadoduwa did not leave his new subjects. Instead, he informed the Edo delegation that he had seven sons and was willing to send one of them to rule as king.

The prince chosen to return with the delegation was Oranmiyan, who spent the next few years living among the people of Edo. When Oranmian’s wife gave birth to a son, Eweka, Oranmian returned to Ife. Eweka became the first oba (roughly equivalent to king) of Benin.

According to another version of the oral tradition, in the 13th century, the people of Edo were dissatisfied with the rule of Ogiso. 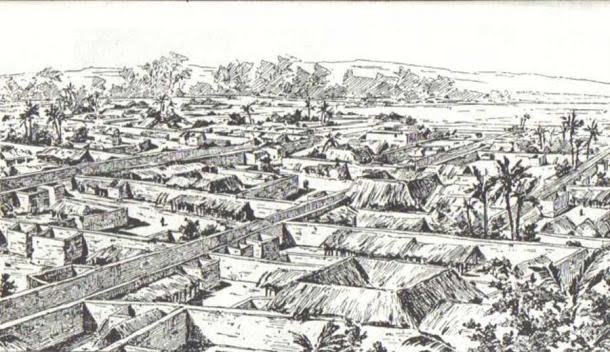 At the end of the 13th century, royal power was firmly established in the Kingdom of Benin. This contributed to the rise of the kingdom as a regional power in the 15th century.

Oba Ewuare, who ruled from 1440 to 1480, was perhaps the most famous ruler of the kingdom of Benin. It is believed that Ewuare was a strong warrior and magician. During his reign, hereditary succession to the throne was established.

In addition, Ewuare conducted numerous military campaigns that contributed to the expansion of his kingdom. At its maximum extent, the Kingdom of Benin stretched from Onitsha (modern Nigeria) in the east, through the forested region of southwestern Nigeria, to modern Ghana in the west.

The city of Benin is located on a plain on an arm of the Benin River and served as the capital of the Kingdom of Benin. It is believed that the walls of Benin were built during the reign of Ewuare.

These walls consist of two parts – a moat and a rampart. A ditch was dug to create the inner ditch, and excavated earth was used to create the outer rampart.

The walls of Benin undoubtedly contributed to the defense of the city. In addition, the walls can be seen symbolically as the personification of the power of the kingdom.

According to a 1974 edition of the Guinness Book of Records, the walls of Benin were “the world’s largest excavation work done before the mechanical era”.

Elsewhere it is stated that they were “four times the length of the Great Wall of China and required a hundred times more material than the Great Pyramid of Cheops”.

This grandiose project is believed to have been fully implemented by the people of Edo and took a total of 150 million hours to complete. 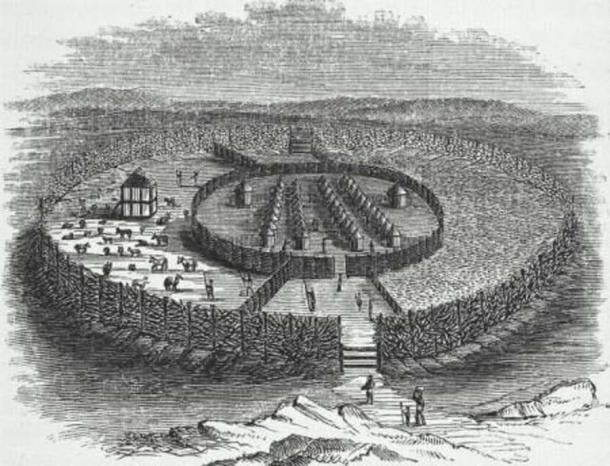 While the Benin Walls are certainly a monumental achievement, much more can be said about the urban character of Benin City. Around 1485, shortly after the end of the reign of Ewuare, the Kingdom of Benin first came into contact with Europe.

It was the Portuguese, sailing along the coast of Africa, who first encountered the kingdom of Benin. As a result, trade developed between the Portuguese and the Edo people. In exchange for tropical goods and slaves, the Portuguese supplied their African counterparts with European goods and weapons.

It was from these Portuguese explorers and merchants that descriptions of the city of Benin were brought to Europe.

For example, the Portuguese were surprised to find a huge kingdom in the middle of the African jungle, and they named the capital of the kingdom the Great City of Benin. In addition, the Portuguese considered the city of Benin one of the most well-planned and beautiful cities in the world.

For comparison: at that time, the Portuguese, and other Europeans, considered only a few settlements in Africa to be cities. A more detailed description of the city is provided by the captain of a Portuguese ship named Lurenco Pinto in 1691 and reads as follows:

“Great Benin, where the king lives, is larger than Lisbon; all the streets run straight and as far as the eye can see. The houses are large, especially the king’s house, which is richly decorated and has beautiful columns.

The city is rich and industrious. It is so well governed that theft is unknown, and people live in such security that they have no doors in their houses.”

Another 17th-century account, this time by a Dutch tourist named Olfert Dapper, describes the houses in Benin City as follows:

“The houses are built along the streets in good order, one closer to the other, … decorated with gables and steps … they are usually wide with long galleries inside, especially the houses of the nobility, and are divided into many rooms, which are separated from each other by walls of red clay, very well built.”

Dapper further notes that the city’s wealthy kept these walls “as shiny and smooth by washing and rubbing as no wall in Holland can be made with chalk, and they look like mirrors.” The upper floors are made from the same grade of clay. In addition, each house has a well for supplying fresh water.

Apart from these accounts of early European travelers, the planning and design of the city of Benin has also become the subject of research by modern scholars. Ron Eglash, an ethno-mathematician, claims that the city of Benin was planned according to fractal design.

This means that “careful rules of symmetry, proportion and repetition” were used in the planning of the city.

Eglash noted that “the city and its surrounding villages were specifically planned to form perfect fractals, with similar shapes repeating in the rooms of each house, and in the house itself, and in clusters of houses in the village in a mathematically predictable sequence.”

In the very center of the city of Benin was the court of the king-both, from which the main streets of the city diverged. There were 30 such streets, each about 37 meters (120 ft) wide.

The streets ran at right angles to each other and were equipped with an underground drainage system that served to divert storm water outside the city. From these 30 main streets, many side streets branched off.

The city of Benin was divided into 11 districts. Since the city was planned according to fractal design, each of these areas was a small replica of the goba courtyard in the center of Benin. 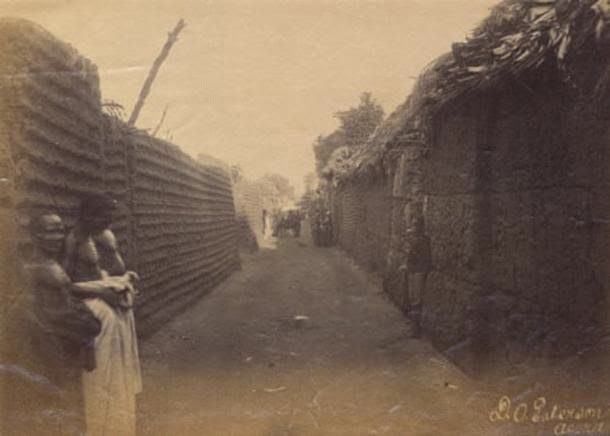 The Kingdom of Benin continued to prosper for centuries after first contact with Europeans. In particular, the slave trade with Europe in the 16th and 17th centuries brought great wealth to the kingdom.

However, in the 19th century, the kingdom of Benin began to decline. The wealth of the kingdom was revived in the next century. In addition to slaves, palm oil and textiles became the main trade goods of the kingdom.

In the 1880s and 1890s, the British tried to turn the Kingdom of Benin into a protectorate. However, they were unsuccessful, as the kingdom managed to resist these attempts, thus maintaining its independence.

In January 1897, British troops were ambushed on their way to the city of Benin, killing eight Britons. As a consequence, the following month the British sent a punitive expedition.

The expedition was led by Sir Harry Rawson and involved 1,200 British soldiers, several hundred locally recruited African soldiers, and thousands of African porters from the British military base in Sierra Leone.

Rawson launched an attack on Benin City from three directions. On every front, the inhabitants of the city put up fierce resistance. But the British persisted, and on February 18, 1897, Benin City fell. Having captured Benin City, the British began to plunder and set fire to the city.

This resulted in the destruction of most of the city. It is especially regrettable that the beautiful carved wooden products of the city were destroyed. The group of artefacts known as the Benin bronzes, however, were captured by the British and were therefore spared this destruction.

Despite their name, not all Benin bronzes are made from bronze. Some of them, for example, are made of brass, while others are not metal at all. Benin bronzes number in the thousands (estimated at over 3,000), though the exact number is unknown.

This group of artifacts includes plaques, figurines and sculptures, both. After Rawson’s punitive expedition, 900 bronze items from Benin ended up in the British Museum. Others were sold to various European museums, ostensibly to cover the cost of the expedition. 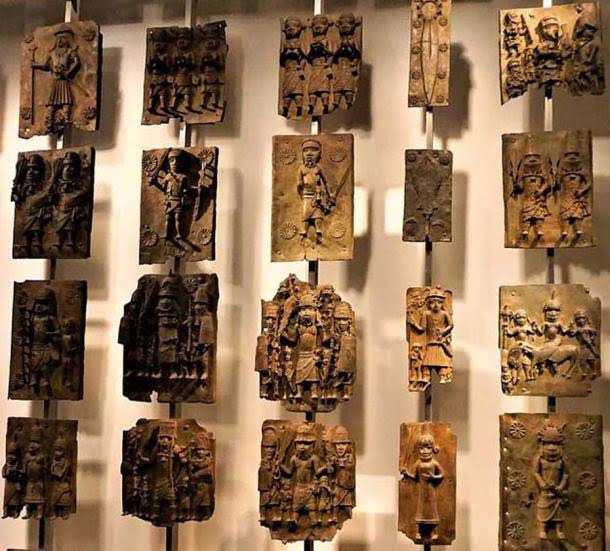 All returned Benin bronzes will be housed in the Nigerian Museum of West African Edo Art. This museum will be designed by David Adjaye, a renowned British-Ghanaian architect, and is estimated to take five years to complete.

Cliffs exposed between Swiss glaciers due to extreme melting

Cliffs exposed between Swiss glaciers due to extreme melting