(ORDO NEWS) — At first glance, two contrasting structures stand out in this image – a volcano that rises slightly above the surrounding area, with a collapsed collapse caldera, and an impact crater located at the bottom of the photo. Both of these structures can tell us a lot about the events that took place in the process of their formation.

A relatively small shield volcano, the Dome of Jupiter, which always remains in the shadow of the largest volcano in the solar system, Mount Olympus, reflects the history of multiple eruptions in its appearance.

Its complex caldera system consists of at least five craters. The diameter of the largest funnel is 28 kilometers, and it is offset from the center. Caldera rings descend to the periphery of the volcano, becoming younger with each subsequent caldera, and at the edge of the volcano, the youngest caldera meets even younger lava flows.

These streams form a “shoreline” on the approaches to the volcano, changing the original relief of the volcano, which is now at a height of only 1 kilometer above the surrounding plains.

Upon closer inspection, individual lava flows can be seen on the ground. These flows overflowed through the fault lines of the planet’s crust, filling parallel grabens on the surface, which dominate, in particular, in the northern and northeastern parts of the image.

Grabens are downwardly displaced surface areas formed by stretching of the planet’s crust, for example, under the action of volcanic or tectonic stresses acting in this area.

The sharp slope of one of these grabens cuts directly into the eastern edge of the Dome of Jupiter. Some parts of this graben can be traced a few kilometers to the north, and in some segments the graben is quite significantly filled with lavas.

An unexpected surprise may lie to the east of Jupiter’s Dome. It is not visible in this image, however, in the color-coded topography image, a less deeply evolved volcano can be seen, which is visible as a “swell” of the surface. 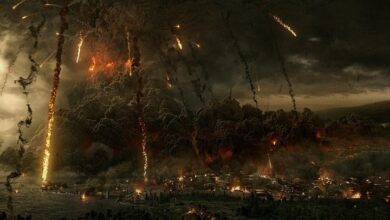 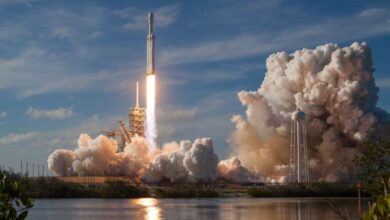 New rockets and spacecraft will be launched from the Space Coast 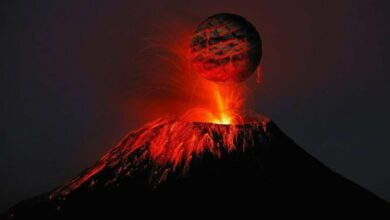 Why don’t we dump trash into volcanoes? 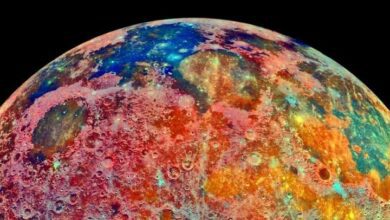 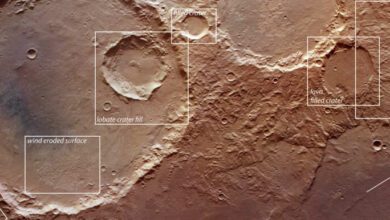 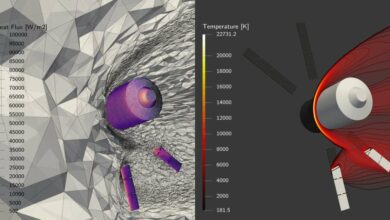