(ORDO NEWS) — We all have beautiful eyes, but some of us have problems with vision and quality of vision, and some of us can see everything clearly even in old age. The common thing is that we can all see an object up to certain limits.

Veronica Seider, a superhuman with amazing powers, was born in West Germany in 1951. Veronica, like any other German child, went to school and eventually entered the University of Stuttgart in West Germany.

Veronica Zayder broke the basic notion of the limit of human vision with her eagle-like “superhuman” eyes. Simply put, Veronica had eyes with superhuman abilities that helped her see and identify a person from a distance of a couple of kilometers.

For the first time, Veronica Seider’s abilities were noticed by society when she was still a student. In October 1972, the University of Stuttgart performed an eye test on its students. The process included tests on the resolving power of human eyes. 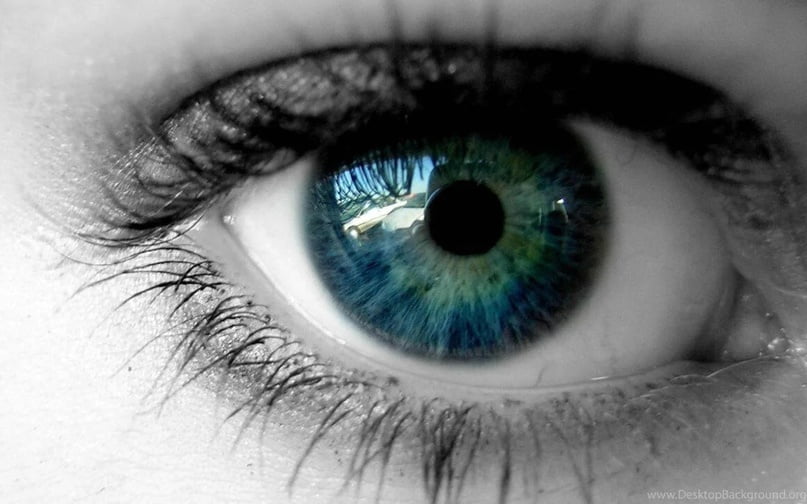 After an eye test, the university reported that one of their students named Veronica Seider has extraordinary vision and can detect and identify a person at a distance of 1.6 kilometers!

This is about 20 times better than what the average person sees and is the best vision ever reported. Veronica was 21 years old at the time of the eye test.

A normal person’s visual acuity is 20/20, while Veronica’s is 20/2. She easily and quickly recognized people at a distance of 1.6 km, and could also calculate their relative distance to her.

It was also reported that she is able to recognize the object of the micro level. For her superhuman vision abilities, Veronica Seider got into the Guinness Book of Records in 1972.

In addition, Veronica’s vision is comparable to the ability to see through a telescope. She claimed to be able to see the colors that make up a frame on a color television screen.

Any color, according to science, consists of three primary colors: red, blue and green. Color is perceived by normal eyes as a combination of primary colors in varying amounts. Blind people, unfortunately, have no way of knowing what shade they are seeing.

Veronica Seider, by contrast, could see colors in terms of their constituents: red, blue, and green. It is very strange. Although Veronica possessed superhuman vision, this is considered a genetic aberration.

What is the reason for Veronica Seider’s superhuman vision?

But smaller objects can also be seen by the normal eye if the object is bright enough and the environmental conditions are right. One such example is a bright star billions of light years away from us. Some stars or other bright light sources as small as 3-4 microns are visible to the average eye. This is very little.

The visual abilities of Veronica Seider are considered a paranormal human mystery. Her powerful eyesight allowed her to write a 10-page letter on the back of a postage stamp and read it clearly.

Veronica also proved this by tearing out a piece of paper exactly the size of a fingernail. Then she carefully wrote 20 lines of poetry on it. Veronica Seider died on November 22, 2013, aged 62 at the time of her death. It was believed that even in old age, Veronica’s eyesight was far superior to that of any other person.

Despite possessing superhuman powers, Veronica aspired to become a dentist in West Germany. Along with choosing a profession, Veronica preferred to live like an ordinary person. She did not use her superpowers to gain fame or earn money and lived an ordinary life.