(ORDO NEWS) — In the late seventies, Vera Rubin and Kent Ford explored the Andromeda spiral galaxy. The results that astronomers received on punched cards surprised and even disturbed them.

It seemed that the spiral of the galaxy did not rotate at all as it should have according to calculations. The matter at the ends of its arms moved at the same speed as the matter in the center of the galaxy.

You don’t have to be a world-renowned astrophysicist to understand that such motion violates Newton’s laws. It took Rubin two years to formulate the first conclusions from these strange experimental data. Her punched cards were the first evidence of the existence of dark matter.

Scientists now know that dark matter makes up 84% of all matter in the universe. It affects how galaxies and clusters of galaxies move relative to each other.

Vera Rubin was one of the first women in history to be given the opportunity to work at the Palomar Observatory in San Diego. She became interested in the stars as a child: she painted shooting stars, assembled a telescope and wrote literature essays about stars.

At the university, she found her topic: the dynamics of the movement of galaxies. From astronomer George (George) Gamow, Rubin got the idea to apply what she had learned about the rotation of the Milky Way to other galaxies and see if their dynamics would be different.

In addition, Rubin was looking for a common axis or center of motion for galaxies (or evidence that galaxies move randomly and independently of each other). During the search, she discovered a plane in which there were many more galaxies than in any other. Our great homeland, the supercluster of galaxies, is also located in this plane. However, her work was met with a wave of criticism and was never published.

Rubin’s further research confirmed that the galaxies move in a coordinated manner, rather than chaotically, uniting in giant groups.

After meeting Kent Ford at the Carnegie Earth Magnetism Institute, Rubin began working with what was then the most sensitive spectrometer, an instrument that decomposes light into waves of specific wavelengths. The instrument made it possible to study galaxies not as a whole, but to observe their individual parts. Together, Rubin and Ford began to observe quasars – the brightest objects in the universe, galaxies, in the center of which are supermassive black holes. In order not to scatter (and save precious time using the spectrometer), scientists decided to focus on the Andromeda galaxy.

Then Rubin got the opportunity to return to her research on the rotation of galaxies. What they saw was not at all what they expected. In the solar system, objects closer to the center move faster than objects at the edges.

Dark matter, proposed by Jan Oort and Fritz Zwicky back in 1932, is the only possible explanation for this phenomenon. One day, Rubin drew a freehand drawing of the Andromeda galaxy, and the puzzle came together: if a cloud of dark matter exists in any galaxy, then it can equalize the distribution of mass. Gravity – and with it the speed of rotation – will match. 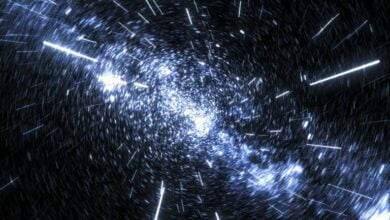 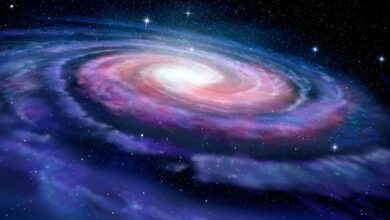 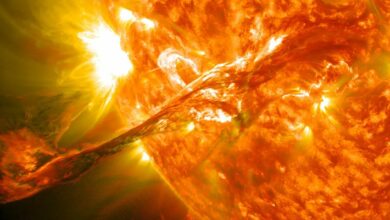 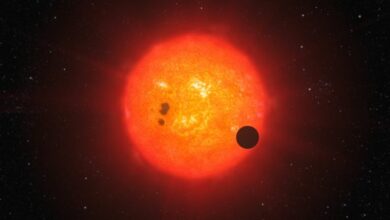