(ORDO NEWS) — It is assumed that the structure of Venus is similar to the Earth . The iron core occupies the center of the planet and has a diameter of about 3000 kilometers. Above the core is a mantle of molten rock, which takes up most of the planet’s volume.

According to data obtained by NASA’s Magellan spacecraft, Venus’s crust is thicker and harder than previously thought.

It is believed that Venus does not have active tectonic plates, like the Earth, but the stress in the mantle at regular intervals ensures the ejection of lava to the surface.

As a result, most of the surface was formed relatively recently (several hundred million years ago), and the oldest parts are about 800 million years old. Recent studies show that Venus is a volcanically active body in the solar system.

Venus and the magnetic field

Venus does not have a magnetic field, probably due to its slow rotation, not enough for the molten iron in the planet’s core to have the desired effect. Since there is no magnetic field, the solar wind acts directly on the upper atmosphere of Venus. 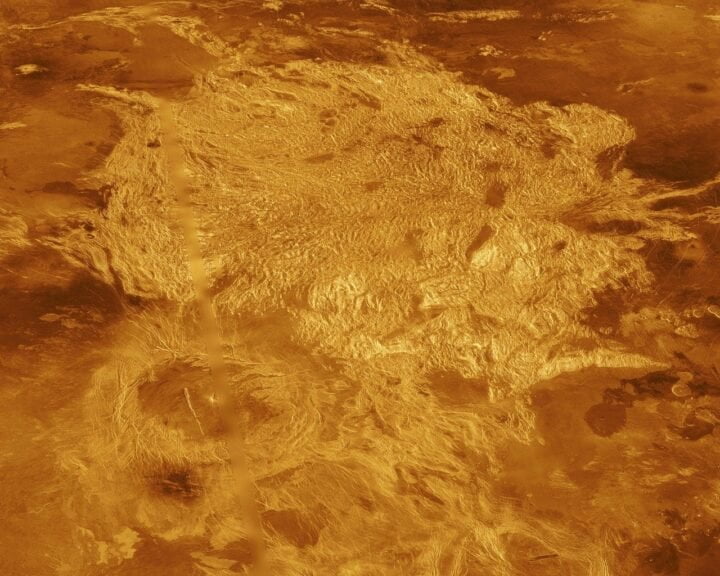 It is believed that on Venus, like on Earth, there was a large amount of water, but water vapor under the influence of the solar wind decomposed into hydrogen and oxygen. While oxygen is bound to other atoms in compounds, hydrogen, due to its low molecular weight, easily escapes the atmosphere. The presence of the hydrogen isotope deuterium confirms this theory (it has a higher mass and is held in the atmosphere).

Why do sand clouds form on some planets

Why do sand clouds form on some planets