(ORDO NEWS) — A look back at the last transit of Venus for more than a century, as it appeared in pristine Hawaiian skies.

For many of us, the past two years have delivered a lesson in not taking things for granted. The chaos of the pandemic disrupted relationships, trade and the privileges we often enjoy without a second thought.

As a resolute chaser of celestial spectacles, I’ve spent my career traveling to witness some of the greatest sights in the sky.

Indeed, I’ve been fortunate enough to check off practically every entry on the astronomical bucket list thanks to the convenience of the global travel network. Only when it ground to a halt in 2020 did I fully realize how lucky I’ve been.

Now, the opportunities are returning once more, but some events are just too rare. That’s why 10 years ago, with no concept of a global lockdown in my mind, I embarked on a 16,000-mile (26,000 kilometers) round trip to witness something that would never again occur in my lifetime: a transit of Venus.

It was not only the ability to travel that made this experience possible, but also the astonishing predictive power of modern astronomy.

With the exception of meteor storms, unexpected comets and supernovas, it’s virtually inconceivable that anyone could be taken by surprise with a celestial event. Eclipses, for example, will never sneak up on any of us again.

We didn’t always wield such predictive power, of course. In 1610, Galileo(opens in new tab) broke new ground when he observed for the first time the phases of Venus, publishing his drawings in 1623.

His contemporary Johannes Kepler(opens in new tab) later published the world’s most accurate tables of the solar system, based upon the best observations available to him. These tables were much anticipated and very good for the day, but not perfect.

Within those precious tables, Kepler predicted that in 1631, transits of Mercury and Venus across the face of the sun would occur. He also predicted a near miss of Venus and the sun in 1639, and another transit in 1761.

The Venus transit of 1631 occurred right on schedule in December, but sadly those that sought to view it were hampered by poor weather and only marginal visibility across Europe.

Galileo must have been disappointed not to see one in his own lifetime it was the only phase of Venus he failed to see, although unknown to him he did live long enough for the next one!

In 1639, English astronomer Jeremiah Horrocks had improved on Kepler’s tables using his own observations and aptitude for mathematics. He predicted a transit of Venus in December of that year with just a few weeks’ notice, and sure enough it occurred.

Kepler had miscalculated, and Horrocks became one of the only people in the world to have seen a transit of Venus. Galileo was still alive albeit in old age but in a cruel twist, he had lost almost all of his sight by 1638.

The transit of 2012 took place over more than six and a half hours, beginning on June 5 and stretching into the next day, with visibility centered over the Pacific Ocean. It was widely seen across the U.S., Europe, East Africa, Asia and Australasia, but one particular location promised full visibility at high altitude in a slice of paradise: Hawaii.

Along with hundreds of other skywatchers, I made a plan to view the transit from the slopes of Mauna Kea the tallest volcano on Earth. Its summit is home to some of the world’s most powerful and prolific telescopes, but a prolonged visit in such thin air can be dangerous without first becoming acclimated.

Indeed, during a short trip to the summit, I quickly found myself out of breath. Fortunately, the Visitor Information Station at 9,200 feet (2.8 km) above sea level is less challenging and served as a fantastic base for travelers to set up their telescopes.

Spirits were high as many chasing the transit had witnessed the beautiful partial lunar eclipse on June 3 and 4 upon or shortly after their arrival in Hawaii. The eclipse was a fantastic sight in its own right, but just a warm-up compared with what was to come.

On the morning of June 5, I set up two small telescopes at the Visitor Information Station among dozens more of varying sizes and designs. Mine were the two I could reasonably carry on such a long trip, and I had spent days in London testing them with my camera equipment to ensure I make good observations.

(To safely observe transits of Venus or Mercury and solar eclipses, be sure to use a solar filter to protect your gear and eyesight.)

On Mauna Kea, I had the telescopes set up quickly and I was ready to go well before the main event. There was a quietness to the crowd as anticipation grew throughout the morning. Then, shortly after noon local time, the black edge of the silhouette of Venus emerged on the face of the sun, taking a dent out of its limb.

A chorus of vocal awe erupted across the crowd of skywatchers, culminating in cheers of excitement as Venus’ night-side began its rapid ingress onto the disk of the sun a process that took just over 15 minutes.

Through the extraordinarily clear air, every view looked razor sharp, and the hours that followed offered ample opportunities to appreciate the sheer scale and contrast of our neighboring planet at a distance of just 26.8 million miles (43.1 million km). Venus subtended nearly a full arcminute and looked very impressive through any telescope.

I couldn’t help but feel closer to Venus than I really was, standing on a huge terrestrial volcano and looking out at the most volcanic planet in the solar system.

I also realized how much I could understand during the event, thanks to great efforts made by previous generations of astronomers: I wasn’t the first to travel from London to Hawaii to see a Venus transit.

In 1874, George Tupman lead an expedition from England to Oahu, and later published a thorough collection of observations from numerous locations. Like James Cook before him in 1761, Tupman knew of the great importance of seizing such an opportunity.

Nearly 150 years earlier, the world-famous Edmund Halley(opens in new tab) had suggested that the careful timing of transits from multiple locations would allow astronomers to measure the size of the solar system.

Viewing a transit from two distant places creates a baseline: The contact points, where the edge of a planet and the edge of the sun appear to touch, seem to occur at slightly different times due to the parallax angle, and by measuring the discrepancy between the two, astronomers could use simple trigonometry to determine the distances to both the transiting planet and the sun.

Mercury transits were also used for these important determinations, but the sheer rarity of Venus transits, coupled with the relative closeness and apparent size of the planet, engendered a sense of urgency within the astronomical community.

Although scientists are now confident of celestial distances, it is that same urgency to catch something scarce and spectacular that brought so many people together to make the most of the Venus transit 10 years ago.

After all, only a very small number of us who witnessed the 2012 transit will live long enough to see the next one, in 2117. Personally, I don’t expect to be one of those lucky few, but if I live to be 131 years old, I’ll return with a full report!

Like Venus transits, Mercury transits aren’t evenly spaced we had two in 2016 and 2019 but the next one is now only another 10.5 years away.

Transits are rare because the orbits of both planets are inclined with respect to the Earth’s; Mercury by 7 degrees and Venus by 3.4 degrees. The planet must come to what astronomers call inferior conjunction, between the Earth and the sun, while simultaneously hitting one of two nodes where its orbit crosses that of Earth.

This combination is uncommon. Mercury, being closer to the sun and so completing each orbit more quickly, is more regularly at inferior conjunction and so provides more opportunities for a transit. But there is one other natural object in our sky that produces transits and does so still more frequently: the moon.

Coming into conjunction with the sun every 29.5 days, and looming large in our sky, the moon creates two to five transits per year. We call these events solar eclipses, but they are technically also transits, as we are witnessing one object obstruct our view of another.

Our celestial companion will keep us entertained during the long wait for 2032 with plenty of solar eclipses. Oct. 25 brings the next partial solar eclipse, visible across Europe, the Middle East and parts of Asia and Africa.

On April 20, 2023, a total solar eclipse occurs over the South Pacific, including parts of Indonesia, Papua New Guinea and western Australia. Late next year on Oct. 14, an annular or “ring of fire” solar eclipse falls over the United States, Central America and South America.

Between now and the end of 2023, a huge majority of the Earth’s population will have had the chance to see part of the sun’s face covered by the new moon. In April 2024, the U.S. will experience a throwback to the stunning Great American Solar Eclipse of 2017 with another eclipse visible(opens in new tab) across a swath of the country.

Naturally, for the very best views most eclipse-chasers will need to travel, making their own expeditions as astronomers have for centuries.

Now is the time to make your skywatching plans for October and beyond, although if you’re hoping to catch the next transit of Venus, the best plan is probably a good diet, regular exercise and anything else that might help your longevity. Good luck! 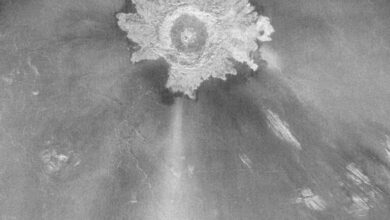 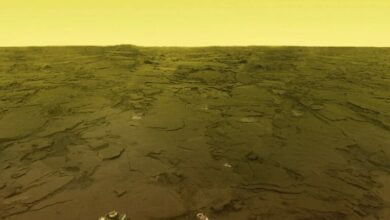 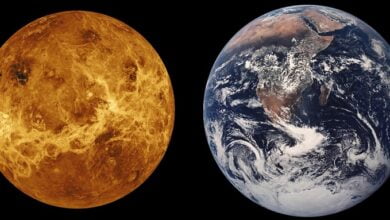 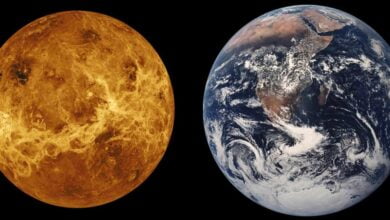