(ORDO NEWS) — Antarctica is starting to bloom, scientists at the University of Insubria in Como, Italy, said. The study showed that two types of plants are rapidly spreading across its territory, according to Current Biology.

These are the Antarctic meadow grass (Deschampsia antarctica) and the kito colobanthus (Colobanthus quitensis). From 2009 to 2018, they spread five times faster than in the last 50 years (from 1950 to 2009).

Summer temperatures in Antarctica have gradually increased over the past ten years. The growth was 0.02-0.27 degrees Celsius per year. The severe cooling that occurred in 2012 did not change the general trend.

Scientists working on Signy Island also noted a decline in the number of fur seals. It also affects the spread of vegetation as marine animals destroy the grass.

Why the seals became smaller, the researchers could not say. This is probably due to changes in marine conditions and food resources.

The authors of the study noted that if warming trends continue, more ice-free areas will appear in Antarctica in the coming decades. The processes on Signy Island reflect the situation on the mainland as a whole.

The further spread of vegetation in Antarctica will change the acidity of the soil, affect the activity of bacteria and fungi, and the decomposition of organic matter.

These changes, coupled with the destruction of permafrost, will cause a “cascade” of consequences for all terrestrial ecosystems.

In addition, warming increases the likelihood of other, non-native plant species appearing in Antarctica. They are able to crowd out the local flora and lead to irreversible losses in the wild. 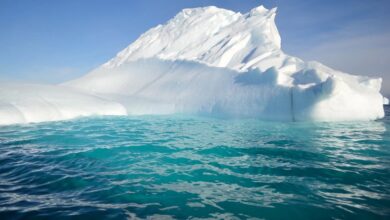