(ORDO NEWS) — The Bulgarian publication Trud has compiled a list of countries that are threatened with imminent extinction from the face of the Earth in the next 100 years.

So, according to the publication, even before the beginning of the XXII century, the United States may disintegrate due to deep cultural and political contradictions. Most likely, this will happen if some important event does not unite the people of the United States.

Great Britain is also threatened with disintegration. London’s Brexit decision was not approved by all parts of the country. Also, Scotland may secede from the UK within 20 years.

The Bulgarian newspaper believes that Spain is also on the verge of a split, which never recovered from the severe financial crisis of 2008. In January 2015, unemployment in the country reached 24 percent, and there have been no significant improvements over the years. Spain’s economic setbacks could lead to the independence of Catalonia and the Basque Country from Madrid.

Another country that could disintegrate due to ethnic divisions is Belgium. In it, there are disagreements between the Flemings and the Walloons. Trud suggests that the Walloons may form an alliance with France or gain independence in the next 20 years.

The Bulgarian edition predicted the disappearance of some states due to global natural disasters. For example, the Netherlands may disappear, as a large part of the country is at sea level and has been experiencing flooding for many years. In addition, the islands of Kiribati and the Maldives may sink due to rising sea levels.

Earlier, there was a list of cities that could go under water by 2030. The list is based on data from the Climate Central map.

Why is left-hand traffic in England?

Great Britain wants to reconsider relations with China after pandemic

Why is left-hand traffic in England?

Great Britain wants to reconsider relations with China after pandemic 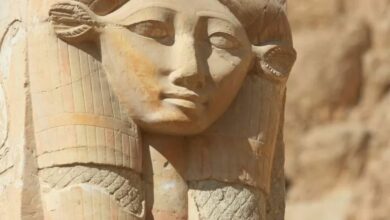