(ORDO NEWS) — Information appeared on the network, according to which the launch of rockets into space using a “catapult” by SpinLaunch is planned for 2021. This was announced earlier last month by Scott McLaughlin, acting executive director of the America Cosmodrome.

Representatives of a small start-up note that their technique can greatly reduce the cost of launching small space rockets, writes SpaceNews. At the same time, SpinLaunch is already building a huge centrifuge with might and main, with the help of which it plans to accelerate the devices to a speed equal to about Mach 5. This should be enough to launch a launch vehicle the size of a car into space. 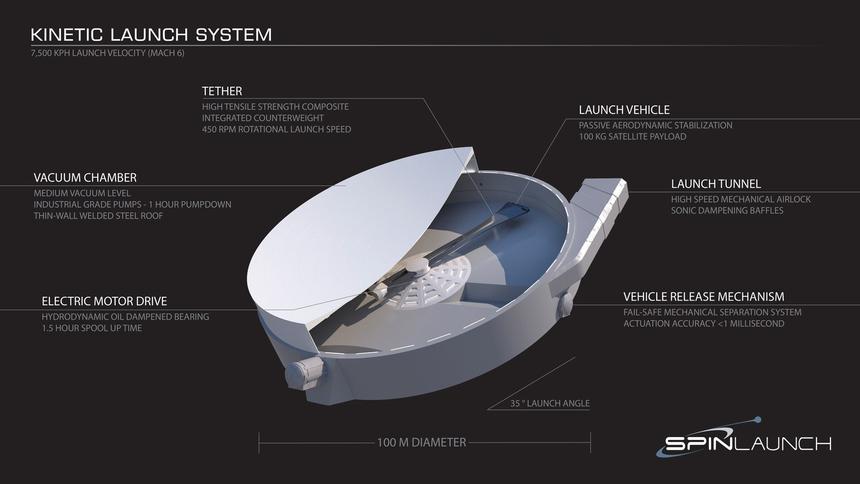 It is expected that within the framework of the next tests, the spacecraft will be able to rise to an altitude of about 100 km. As for the project budget, the company intends to spend about $ 46 million in the next 10 years to achieve the set goals. This money will be spent, among other things, on expanding the infrastructure of the cosmodrome.