Therefore, they are increasingly being used to analyze the telemetry of remote equipment in order to respond to possible failures in advance.

A perfectly logical area of ​​application is astronautics, where the prediction of any incidents will give operators on Earth precious time to plan a response.

Apparently, the US military will be the first to try to use artificial intelligence technology to track the “vital signs” of its satellites.

According to the SpaceNews portal , the US Space Force has allocated 375 thousand dollars for the corresponding experiment.

The winning tech startup , RS21 , based in Albuquerque, New Mexico, will receive the prize money. The company must embed its software on the computers of the Space Center’s STP ground control team had Lyndon Johnson in Houston before launching the STPSat-7 spacecraft into orbit.

Integration into the MCC equipment will take place in several stages. First, artificial intelligence will be trained on the available data.

And then, after the launch of STPSat-7, which is scheduled for 2023, SPAICE will monitor its status in real time and make recommendations to operators. It turns out that the startup does not have much time for all the preparations.

In addition, the already modest amount of funding looks quite insignificant against the background of the contract term – two years.

During this time, RS21 engineers must not only test their offspring in combat conditions, but also refine SPAICE, taking into account the experience and comments of defense specialists.

However, Trisha Miller , the startup’s director of research and development, believes there will be enough funds to bring the software to its final version.

In addition, the contract includes an increase in funding by another million dollars, if there is a reasonable need for this. Simply put, if the military likes the result, they will be ready to add money. 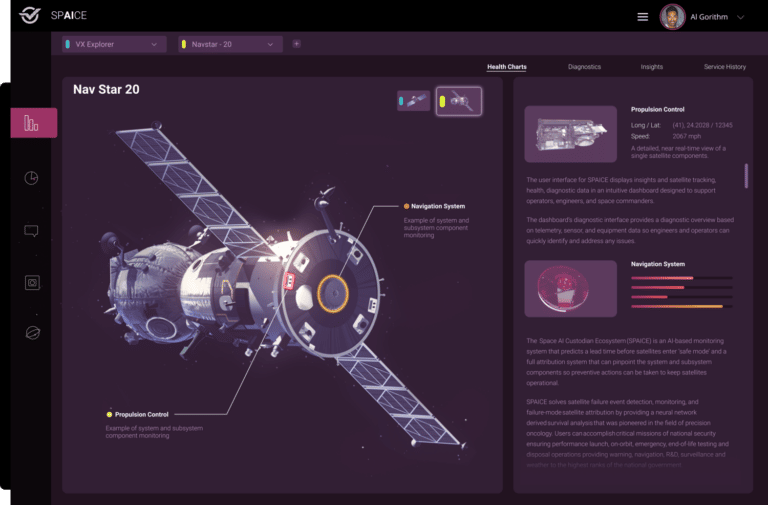 The STP ( Space Test Program ) is a research activity in the field of astronautics and astrophysics in the structure of the US Department of Defense ( DoD ).

Many projects in its composition are not considered secret, and their results become available to civilian organizations, including NASA, with a slight delay.

The history of the program goes back to the 1960s, its results were not only important developments for the industry, but also technologies widely used by mankind.

The first test satellites of the Global Navigation System ( GPS ) were created within the framework of STP.

Usually separate experiments or demonstrators of technologies developed under the auspices of STP are launched by separate satellites with the appropriate name.

But sometimes, in one direction or another, the program requires the launch of an apparatus that will serve as a carrier of several payloads at once.

Such satellites are given the name STPSat and a number. Their characteristics depend on the specific mission.

Scheduled for flight in 2023, STPSat-7, for example, is a small spacecraft weighing about 150 kilograms and launched as a payload in low Earth orbit.