(ORDO NEWS) — The fifth-generation American F-22 Raptor fighter wants to be equipped with infrared search and tracking sensors. This will give the aircraft fundamentally new opportunities in the fight against other fifth-generation fighters.

As part of the Advanced Tactical Fighter (ATF) program, it was originally planned that the F-22 would have an IRST sensor, which would allow it to more effectively detect and track other aircraft. As a result, it was abandoned for reasons of economy.

Now the military is looking for ways to implement this option. One of the paragraphs of a document recently released by the Small Business Innovation Research (SBIR) program calls for submissions related to installing an IRST sensor on the F-22. If the contractor can offer a product that meets the requirements, the US Air Force will evaluate it and integrate it into the aviation complex.

The question is how exactly IRST will be integrated into the F-22. Adding an external container would break the fighter’s carefully crafted stealth qualities. Placing an infrared sensor inside will lead to a significant alteration of the aircraft.

Moreover, there are no guarantees that such a possibility is now available in practice. And although the system, as already mentioned, was allowed to be installed initially, it did not find its application even on the F-22 prototype – Lockheed YF-22. 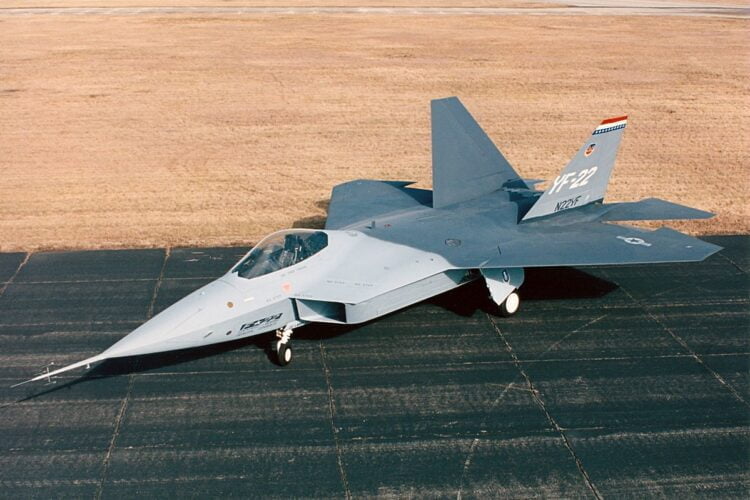 The F-22 became the world’s first fifth-generation fighter in service. Its demonstrator first took to the skies on September 29, 1991, and the plane itself took off on September 7, 1994. In total, 195 machines of this type were produced over the years, including test ones.

The very idea of ​​installing an infrared sensor on an aircraft is due to new external challenges. The US Air Force is paying increasing attention to the threats posed by Russia and China. This also applies to fifth-generation fighters.

Now both Moscow and Beijing have such planes. Last year, China’s first fifth-generation carrier-based fighter took to the skies for the first time. The aircraft was created on the basis of Shenyang FC-31.

In addition, in 2021, the Celestial Empire began flight tests of the first ever new-generation two-seat fighter. According to some experts, the aircraft can be used, including for controlling UAVs.