(ORDO NEWS) — For the first time, the US Air Force has successfully recovered a reusable rocket sled that travels at hypersonic speeds. They topped out at Mach 5.6 and were stopped for the first time without crashing.

Hypersonic transport has a number of problems, many of which are difficult to solve due to lack of experimentation. The new rocket sled could help with that.

Hypersonic flight technology has great potential for both military and civilian applications, but research in this area has always been extremely challenging, starting with the NASA X-15 rocket plane project in the 1950s and 60s.

One of the main problems is the large amount of heat generated during hypersonic flight at speeds above five Mach numbers. Temperatures can reach over 1000°C, destroying materials, avionics and other systems.

Because of this, engineers are very interested in learning how to reduce and counter heat generation, as well as other factors that affect the efficiency of hypersonic flight.

However, until now, studying such phenomena has been quite difficult: the experiments mainly consisted in dropping missiles from aircraft into the ocean.

While the rocket was flying, data could be obtained from it, but after the fall, almost nothing remained from the projectile.

To make testing of hypersonic systems reproducible and more informative, the US military decided to create a vehicle that can be tested on hypersonic tracks.

The latest tests at the Holloman High Speed ​​Test Track (HHSTT) of the 846th Test Squadron at Holloman AFB in New Mexico involved using a rocket to accelerate a vehicle on a ground-level monorail.

A distinctive feature of this new system was a high-speed braking system that allowed the sled to be stopped for further study.

Such tests allow engineers to control many more flight variables, making analysis easier. Flying at ground level is also useful because military hypersonic missiles will need to fly at low altitude if they are to be used in practice.

According to the US Air Force, HHSTT is the only track on which hypersonic vehicles can be reused. Although previous rocket sleds have achieved speeds in excess of Mach 8, they have been shattered to pieces.

In early March, a sled traveling at Mach 5.6 (1.951 m/s) on a monorail was successfully stopped. Now the military plans to continue testing to study the effectiveness of hypersonic systems. 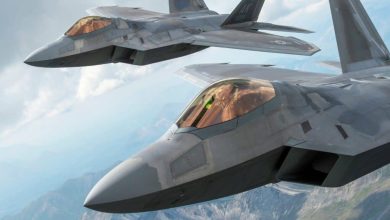 US Air Force will receive an upgraded F-22 Raptor