(ORDO NEWS) — Uri Geller tweeted a video of what appears to be a UFO hovering in the sky. World-famous psychic Uri Geller said he was “overwhelmed by skeptics” who don’t believe UFOs exist.

The controversy arose after he shared a video online of an alleged sighting of an extraterrestrial craft.

The Mystifier posted on his Twitter a video showing a huge object floating in the air in broad daylight, writing:

More than half a million people have watched the video, and not everyone is so sure that it is evidence of extraterrestrial life, and some attribute the video to Adobe After Effects.

But Ury noted that UFO sightings are on the rise and said that even NASA is taking these reports seriously.

He told the Daily Star: “The more and more visitations and UFOs filmed by ordinary people, from Hawaii to Japan to Iceland, the more credible these sightings will become.”

“UFOs and aliens are definitely among us. We are studied, we are visited.

You can’t discount the footage coming out of the cockpits of US fighter jets, you can hear them say, “Oh my god, we don’t have that kind of technology.” 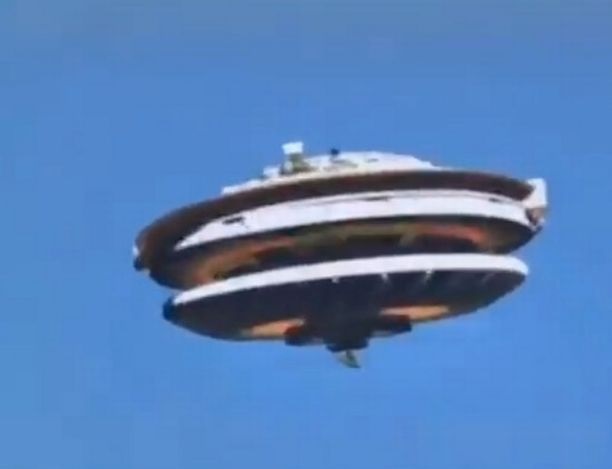 The 76-year-old man, who was being investigated by the CIA for his alleged psychic abilities, said he was shocked by people trying to disprove extraterrestrial life.

Uri explained: “I am overwhelmed by the naysayers who are trying to debunk this topic.

Aliens are visiting us, aliens may be landing in the oceans, aliens are probably walking among us.”

“If they have the technology to fly faster than the speed of light, then my God, what’s so special about them sending robotic aliens who study us closer here on Earth? I could be an alien myself.”