(ORDO NEWS) — Multiple star systems are very common in the Milky Way. Although most of these systems are binary, consisting of two stars, others contain three, four or even six stars.

These systems tend to be fairly stable, as unstable systems quickly decay or merge, but sometimes a metastable system can be obtained. Such a system exists long enough for stars to evolve, but in the end remains stable. And that end could be a supernova.

It all comes down to gravitational dynamics. In Newtonian physics, two isolated orbital masses are always stable. The only paths they can have are elliptical orbits. That is why simple binaries are the most common multiple star systems.

When you have three or more masses, things get more complicated. So much more complicated that there is no exact solution to the three-body problem, let alone four or more.

Fortunately, we can create highly accurate orbital models. So while we don’t have an exact solution for systems with multiple stars, if we make accurate measurements of the motion of the stars, we can create an accurate model.

These models are so accurate that they make good predictions for millions of years ahead. This brings us to an interesting star system known as HD 74438.

It was discovered in 2017 as part of the Gaia-ESO Survey project and is a so-called spectroscopic binary. This means that the Gaia telescopes are not powerful enough to observe individual stars, but we know they are there thanks to their stellar spectra.

As the stars orbit each other, the spectra of each star shift slightly in the Doppler direction due to their relative motion. Therefore, we can calculate their movement and speed. In a recent paper in the journal Nature Astronomy, a team of researchers used ground-based spectroscopic observations of HD 74438 to determine the orbits of four stars.

They confirmed that the stars are in a 2 + 2 configuration, where the stars are combined into tight orbital twins that slowly rotate around each other. But their measurements were accurate enough to show that the gravitational pull of the outer binary star makes the inner binary star unstable.

HD 74438 is still very young. It is part of an open cluster known as IC 2391, which is only 43 million years old. All stars have a mass similar to that of the Sun, so they have similar lifetimes.

Given enough time, stars are likely to end their lives as white dwarfs. And because the system’s gravitational instability is small, stars can live long enough to become white dwarfs. But their orbits will still be unstable, which could eventually lead to their collision.

This is where things get a little more interesting, because HD 74438 is a perfect example of how a multi-star system can evolve and lead to white dwarf mergers.

Although binary binaries make up only a small fraction of multiple star systems, this study shows that they can often be in unstable long-term relationships. 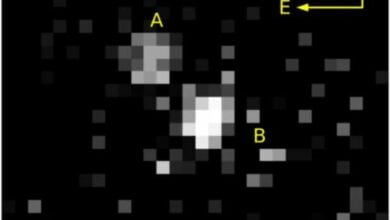 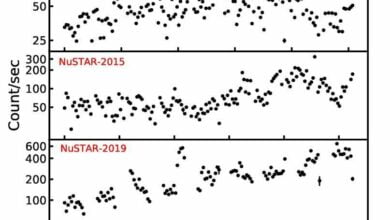 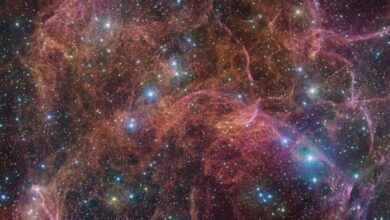