(ORDO NEWS) — In the event of a traumatic brain injury (TBI), chemical changes take place that can act as precursors for secondary damage, and scientists at Ohio State University have demonstrated a new monitoring device that can pick up these warning signs.

The team’s tiny sensor is flexible and thinner than a human hair and could be worn on the brain to relay these changes in real-time, potentially offering new avenues for intervention and treatment.

The waterproof biosensor consists of a set of field-effect transistors that, when they sense certain chemicals in brain fluids, produce an electrical signal that can be picked up and analyzed from outside the body. To protect the electronics from degrading, the sensor is housed inside a thin film of silicon dioxide a few hundred nanometers thick.

According to the team, the sensor carries a “unprecedented combination of features” that afford it some unique capabilities when it comes to monitoring brain health. Among these is an ability to detect changes in potassium and sodium ion levels in the brain’s cerebrospinal fluid, which is one of the signs of secondary damage following a traumatic brain injury.

This was demonstrated in an artificial solution designed to mimic the cerebrospinal fluid, where the device was able to accurately detect changes in the potassium and sodium ion levels. Testing the sensor in human blood serum, the team also found it could reliably be used to monitor pH levels.

“We want a biosensor that is able to continuously monitor brain tissues to detect changes in ion concentrations in the cerebrospinal spinal fluid,” said co-author Jinghua Li. “Those changes emerge at the secondary state of TBI as an early warning signal of the condition worsening.”

While the silicon dioxide encapsulation could withstand years in the human body, the scientists say the sensing elements would likely only last a few weeks.

This is the biggest problem for the team to solve moving forward, along with unanswered questions around its long-term impacts on human tissue, and “crosstalking” between different biomarkers. They aims to address these issues before moving ahead with trials on animal models and, eventually, human subjects.

“When we create a biochemical sensor, we want to make sure that the device only responds to the specific chemicals we are interested in, and ignores the crosstalk from other biomarkers,” Li said. “That is difficult to do in a complex system like our body.”

While the device is designed to monitor health in the event of a traumatic brain injury, the scientists say it could be adapted to monitor peptides, proteins and other chemicals, potentially finding use in researching chronic diseases such as Parkinson’s and Alzheimer’s.

“We believe that the capture and analysis of health data that we could achieve with biosensors are crucial to tracking long-lasting health conditions for early intervention and treatment of diseases,” said Li. 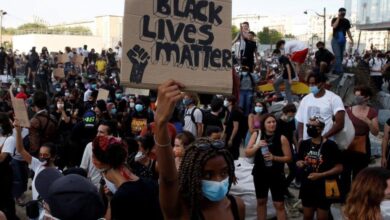