(ORDO NEWS) — After nearly 13.8 billion years of non-stop expansion, the universe may soon come to a halt and then begin to slowly contract, suggests a new study published in Proceedings of the National Academy of Sciences.

In the new paper, the three scientists are trying to model the nature of dark energy – a mysterious force that seems to be causing the universe to expand ever faster – based on past observations of cosmic expansion. In the team’s model, dark energy is not a permanent force of nature, but an entity called quintessence that can decay over time.

The researchers found that despite the fact that the expansion of the universe has been accelerating for billions of years, the repulsive force of dark energy may be weakening.

And all this can happen “surprisingly” quickly, said study co-author Paul Steinhardt, director of the Princeton Center for Theoretical Science at Princeton University in New Jersey.

“If you go back 65 million years, that’s when the Chicxulub asteroid hit the Earth and wiped out the dinosaurs,” Steinhardt said in an interview. “On a cosmic scale, 65 million years is a surprisingly short time.”

There is nothing controversial or implausible about this theory, said Gary Hinshaw, a professor of physics and astronomy at the University of British Columbia who was not involved in the study.

However, because the model is only based on past expansion observations – and because the current nature of dark energy in the universe is such a mystery – the predictions contained in this work cannot currently be verified. So far, they can remain only theories.

Since the 1990s, scientists have realized that the expansion of the universe is accelerating; the space between galaxies is now expanding faster than it was billions of years ago.

Scientists have named the mysterious source of this acceleration dark energy – an invisible entity that seems to act in defiance of gravity, pushing the most massive objects in the universe farther away from each other, rather than pulling them towards each other.

Although dark energy makes up approximately 70% of the total mass-energy of the universe, its properties remain a complete mystery.

A popular theory put forth by Albert Einstein is that dark energy is a cosmological constant – an unchanging form of energy that is woven into the fabric of spacetime. If this is the case, and the force exerted by dark energy can never change, then the universe must continue to expand (and accelerate) forever.

However, a competing theory suggests that dark energy does not have to be constant to be consistent with observations of past cosmic expansion. Rather, dark energy could be something called quintessence – a dynamic field that changes over time. Steinhardt was one of three scientists who presented this idea in a 1998 paper in the journal Physical Review Letters.

Unlike the cosmological constant, the quintessence can be both repulsive and attractive, depending on the ratio of its kinetic and potential energy at a given time. For the past 14 billion years, the quintessence has been repulsive.

However, for most of that period, it contributed little to the expansion of the universe compared to radiation and matter, Steinhardt said. Everything changed about five billion years ago, when the quintessence became the dominant component, and its gravitational repulsion led to the acceleration of the expansion of the Universe.

“The question we’re raising in this article is, ‘Should this acceleration go on forever?’ Steinhardt said. ‘And if not, what are the alternatives, and how soon can things change?’

The Death of Dark Energy

In their study, Steinhardt and his colleagues, Anna Ijas of New York University and Kosmin Andrei of Princeton, predicted how the properties of the quintessence might change over the next few billion years.

To do this, the team created a physical model of the quintessence, showing its repulsive and attractive force over time, to match past observations of the expansion of the universe. Once the team’s model was able to faithfully reproduce the expansion history of the universe, they extended their predictions to the future.

“To their surprise, the dark energy in their model can decay over time,” Hinshaw said. “Its strength can weaken. And if it happens in a certain way, then eventually the anti-gravity property of dark energy disappears, and it turns back into something more like ordinary matter.”

According to the team’s model, the repulsive force of dark energy may be in the process of a rapid decline that may have begun billions of years ago.

According to this scenario, the accelerated expansion of the Universe is slowing down already today. Soon, perhaps in about 65 million years, this acceleration may stop completely – then, already in 100 million years, dark energy may become attractive, which will lead to compression of the entire Universe. In other words, after nearly 14 billion years of growth, the cosmos may begin to shrink.

“It will be a special kind of compression that we call slow compression,” Steinhardt said. “Instead of expanding, space is shrinking very, very slowly.”

Initially, the contraction of the universe will be so slow that hypothetical humans still living on Earth won’t even notice the change, Steinhardt said. According to the team’s model, it would take several billion years of slow contraction for the universe to reach about half its current size.

End of the Universe?

What happens next is one of two things, Steinhardt said. Either the Universe will shrink until it collapses on itself with a big “crunch”, ending space-time as we know it, or the Universe will shrink enough to return to a state similar to the original, and there will be another Big an explosion – or a big “bounce” – creating a new universe from the ashes of the old one.

In the second scenario (which Steinhardt and colleagues described in a paper published in 2019 in the journal Physics Letters B), the universe follows a cyclical pattern of expansion and contraction, contraction and bounce that continually destroys and remakes it.

If this is true, then our current universe may not be the first or the only one, but only the last in an endless series of universes that have expanded and contracted to ours, Steinhardt said. And it all depends on the volatile nature of dark energy.

How plausible is all this? Hinshaw said the new work’s interpretation of the quintessence is “a perfectly reasonable assumption about what dark energy is.”

Since all of our observations of cosmic expansion come from objects millions and billions of light-years away from Earth, existing data can only inform scientists about the universe’s past, not about its present or future, he added.

So it’s quite possible that the universe is already rushing towards contraction, and we won’t be able to know about it until the contraction phase begins.

“I think it comes down to how compelling do you think the theory is and, more importantly, how testable do you think it is?” Hinshaw added.

Unfortunately, there is no reliable way to check whether the quintessence exists or whether cosmic expansion has begun to slow down, Steinhardt admitted.

So far, it remains only to correlate the theory with past observations – and the authors have done this in their new work. What awaits our Universe in the future – endless growth or rapid contraction – only time will tell. 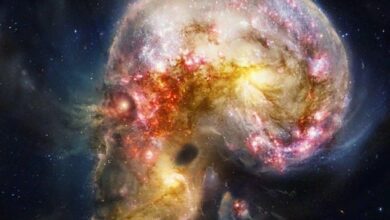