(ORDO NEWS) — What is consciousness and how does it arise? There are several theories that try to explain consciousness. One of the most common theories is materialism. This theory states that consciousness is generated by matter, i.e. activation of neurons within the brain.

The second theory is mind-body dualism. It is probably better known as religion or spirituality. Here consciousness differs from matter. It is part of an alternative characteristic of a person, which in religious terms can be called the soul.

There is a third option that is gaining momentum in some scientific societies – panpsychism. According to this theory, the entire universe is occupied by consciousness. Panpsychism is currently the subject of much debate among physicists, neurologists, and other researchers.

At some point in the course of this discussion, a person must come to understand that everything that we experience is stretched and interpreted by our consciousness.

So, let’s talk scientifically and move on to quantum mechanics. In quantum mechanics, particles do not have a definite shape or precise location until they are observed or measured. Is this proto-consciousness in the game?

According to the late physicist and philosopher John Archibald Wheeler, this may be so. He is well known for coining the term “black hole”. In his opinion, each particle of matter contains a particle of consciousness, which it rivets from this field of proto-consciousness.

He called his theory the “anthropic principle of participation”, which postulates that the human observer is the key to this process. 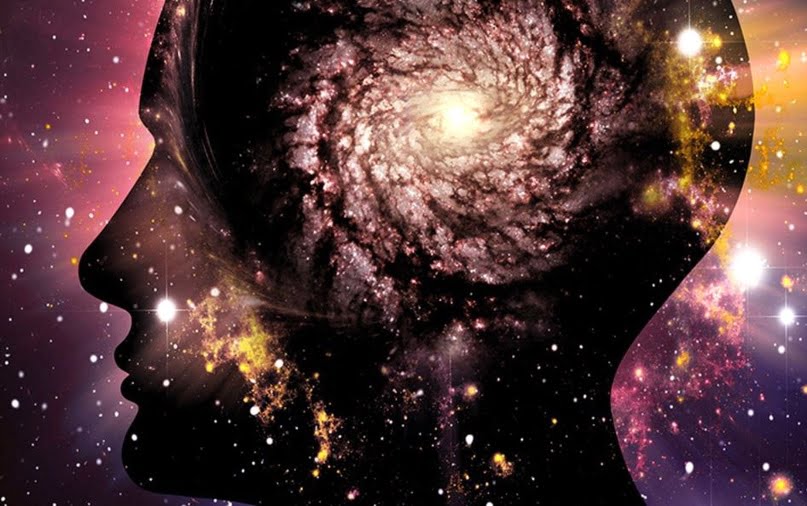 Wheeler said: “We are participating in the creation not only of the near and present, but also of the distant and ancient.”

In his opinion, like the Buddhists, nothing exists if there is no consciousness capable of understanding it. Neurologist Christoph Koch of the Allen Institute for Brain Science is another proponent of panpsychism. Koch says that the only theory we have today about consciousness is the level of awareness of the self and the world.

Biological organisms are conscious because when they approach a new situation, they can change their behavior to navigate it from that perspective. Dr. Koch is trying to find out if he can measure the level of consciousness inherent in an organism.

British physicist Sir Roger Penrose is another proponent of panpsychism. In the 1980s, Penrose proposed that consciousness exists at a quantum level and resides in the synapses of the brain. He is known for associating consciousness with certain events in quantum mechanics.

Veteran physicist Gregory Matloff of the New York College of Technology says he has preliminary evidence that at least panpsychism is not impossible.

Dr. Matloff told NBC News: “It’s all very speculative, but it’s something we can test and either confirm or deny.”

The theoretical physicist Bernard Haisch proposed in 2006 that consciousness arises and is transmitted through the quantum vacuum or empty space.

Any system that is complex enough to produce a certain level of energy can generate or transfer consciousness. Dr. Matloff contacted an unorthodox German physicist and suggested doing an observational study to test this.

They investigated the Parenago gap. This is the observation that cooler stars, such as our Sun, orbit the center of the Milky Way faster than hotter ones. Some scientists attribute this to interactions with gas clouds. Matloff takes a different view. He detailed it in a recently published article in the journal Consciousness Research and Studies.

Unlike their hotter sisters, cooler stars can move faster thanks to “unidirectional jet radiation.” Such stars radiate a jet at an early stage of their creation. Matloff suggests that this could be an example of a star deliberately manipulating itself in order to gain speed.

Observational data show a reliable picture in all places where the Parenago gap is observed. If we were talking about interacting with gas clouds, as is currently happening, then each cloud would have its own chemical composition and, therefore, would make the star behave differently. So why do they all behave the same way?

While not much, the discovery of the European Space Agency’s Gaia Space Telescope, whose mission is to display stars, could provide more data to further confirm or weaken this view. On the other hand, Dr. Matloff argues that the presence of a protoconsciousness field can serve as a substitute for dark matter.

Dark matter is thought to make up about 95% of the universe, although scientists can’t detect it. So, if consciousness is a property that arises at the subatomic level when particles merge, then how do these tiny particles of consciousness come together?

Here, consciousness is a manifestation that has a real physical location somewhere in the universe. We just haven’t found it yet. Perhaps this celestial body radiates consciousness in the same way that our sun radiates light and heat.

Dr. Tononi offers a metric to measure the level of consciousness. The unit of measurement is called phi. This refers to how much control a creature can have over itself or its surroundings. The theory separates intelligence and consciousness, which some people consider to be the same.

Let’s take artificial intelligence as an example. AI can already outdo a human in all sorts of tasks, but has no will of its own.

Therefore, a supercomputer capable of changing the world beyond the programmer’s commands will be conscious. Many futurists from Ray Kurzweil to Elon Musk believe that this day will come, perhaps in the next decade or so, and that we must prepare.