(ORDO NEWS) —  Archaeologists have studied the weapons of the Byzantine period, which have not yet been able to attribute to any known type.

During the excavations of the city of Amoria in the western part of Asia Minor, two unusual swords were raised from the ground. One of them has been preserved quite well, the second is much worse, but one can still get an idea of ​​​​its original form.

The weapon was investigated by specialists led by Errikos Maniotis from the Aristotle University in Thessaloniki (Greece). The results are presented in a paper published in the Journal of Art History .

Amorius has been known from archaeological evidence since 133 BC: apparently, then, after the conquest of Phrygia by the Romans, coins began to be minted there. In written sources, the city was first mentioned during the reign of Octavian Augustus, but it began to play a serious role in the region already in the time of Byzantium.

On the one hand, it is located at the crossroads of trade routes, on the other hand, since the middle of the 7th century, Amorium has been on the first line of defense against Arab attacks. 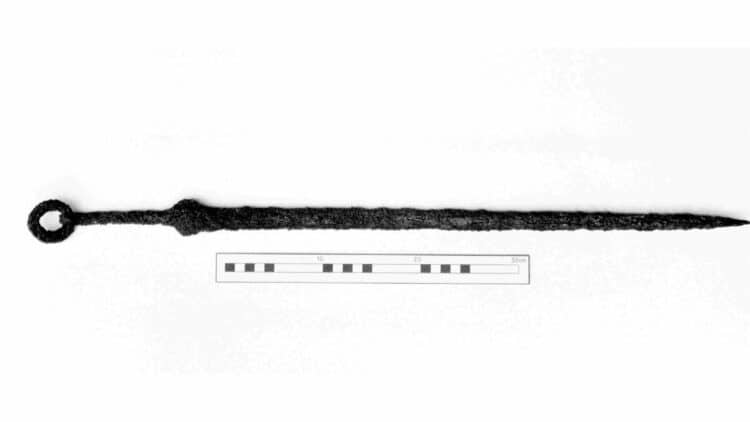 In 838, after the siege, the Arabs took the city, executed many soldiers and residents for refusing to convert to Islam, and set fire to it. For some time no one lived in this place, but in the Middle Byzantine period a new city was built on the ruins under the same name. In order not to repeat past mistakes, it was built as a good fortress, capable of withstanding a long siege.

For obvious reasons, archaeologists find quite a lot of weapons of both Byzantine and Arab types at the excavations of Amoria. But they distinguish two swords from the total mass of finds.

Both date back to the X-XI centuries (Middle Byzantine period). The first sword, heavily rusted, was found in the atrium (inner courtyard) of the church, the second – in the lower part of the city, behind the fortress wall.

It is difficult to determine the true dimensions of the first find due to its poor condition, and the second sword has a handle 14 centimeters long and a double-edged blade no less than 61 centimeters long. Despite the different preservation, scientists concluded that these swords are similar to each other and do not resemble any other weapon characteristic of Byzantium at that time.

At the end of the handle of both samples there is a ring-shaped tip. In Byzantium, there were swords with a round pommel (they were mainly made on spats ), but a pommel in the form of a ring is uncharacteristic for these places – it is found on weapons in completely different regions. There are similar finds dating back to the Chinese Han Dynasty.

It is possible that the Huns and Scythians adopted this form of hilt from the Chinese. Similar samples are also found in Sarmatian mounds, but it is not clear from whom they adopted them. The Sarmatians themselves, most likely, brought such swords to the Romans, who sometimes served as mercenaries.

But, in addition to the pommel, which, as we noted, is extremely atypical for Byzantium, edged weapons are also divided according to the types of guards or their absence. The studied samples show smooth, rounded guards, which are rare and usually found on ceremonial weapons.

The reason for this is most often explained by the fact that such a guard does not protect the swordsman’s hand well, without delaying the opponent’s weapon.

True, according to other weapons experts, a rounded guard, on the contrary, is useful: it takes the enemy’s blade to the side, and does not delay, which is convenient for a not very strong fighter (it’s quite difficult to keep the weapon of a person significantly superior in physical strength on the guard of his sword). 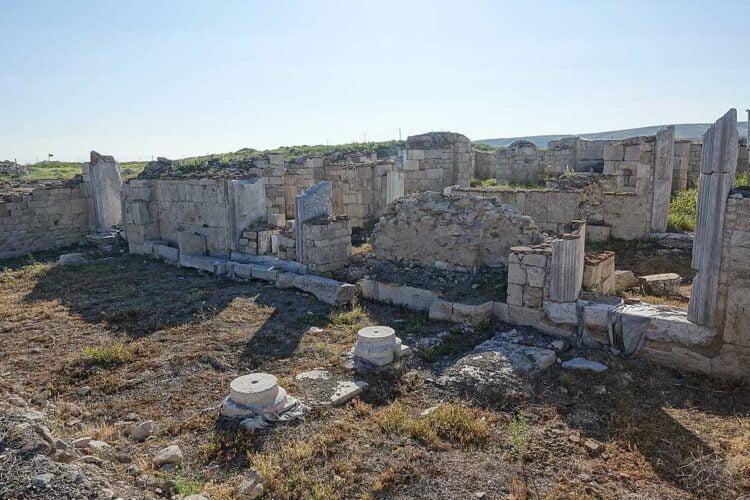 The combination of a ring-shaped pommel and a flowing guard did not give researchers the opportunity to confidently say which nationality or group of mercenaries could use such weapons.

They proposed to distinguish a new type: hybrid Byzantine swords with a ring-shaped pommel. Given that they were found next to each other in Amorie, it is possible that “there was a specific weapons workshop in the city that produced this specific type of swords,” the study says.

However, this could be a coincidence. In addition, we noted above that in the Middle Byzantine period, Amorium was a fortress of the first line of defense. They fought there often and with a very difficult opponent. Such cities usually attract mercenaries who bring with them unusual weapons.

It is a little surprising that the first sword was found in the church, because at that time it was not customary to enter the temple with a weapon. But you can guess how the blade ended up there. From the sources we know of similar examples: sometimes the weapon of the deceased was taken to the church as a votive offering, in memory of its owner.