(ORDO NEWS) — High-latitude weather stations reported a simultaneous increase in temperature at both poles of the Earth. Permafrost is melting at the bottom of the Beaufort Sea off Canada’s northern coast.

According to the Great Barrier Reef Marine Park Authority, massive coral bleaching is taking place. Scientists from the California Institute of Technology, based on satellite images, have shown that in three years the Arctic ice has become half a meter thinner.

Exploration of the seafloor under the Arctic Ocean has revealed deep craters off the coast of Canada in the Beaufort Sea. The most likely cause is that heated groundwater is melting the permafrost on the ocean floor.

One of the largest depressions was 225 meters long and 95 meters wide. The appearance of these craters, most likely, has nothing to do with global warming.

According to the Great Barrier Reef Marine Park Authority, observation flights over the reef revealed damage caused by heat stress.

Last week, the sea temperature in the marine park ranged from 0.5 to 2°C above average. When corals are under heat stress, they bleach. If environmental conditions do not return to normal, coral death may follow.

Scientists at the California Institute of Technology, based on an analysis of data from the ICESat-2 and CryoSat-2 satellites , have shown that Arctic ice has lost almost half a meter of thickness since 2019.

The scientists analyzed 18 years of sea ice records from the previous ICESat satellite, which also recorded changes in Arctic ice thickness and volume each month. The result showed that over the past 18 years, about 6,000 cubic kilometers of winter ice has disappeared. 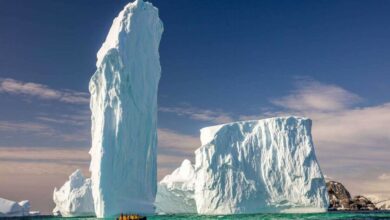 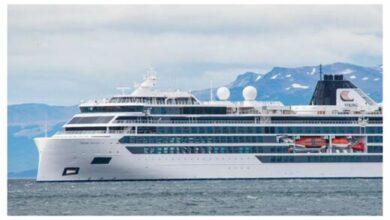