(ORDO NEWS) — An unexpected weather event has caused damage to property and flooded roads in the Cook Islands as French Polynesia clears the effects of huge tides.

Waves up to 4.5 meters flooding coastal areas, caused by a high pressure system looming from New Zealand, have been called an unusual weather event by the Cook Islands’ director of emergencies.

John Strickland said the impact was the most massive in a decade.

“It was a sudden strike at night, the damage was done on Tuesday evening local time,” Strickland said. 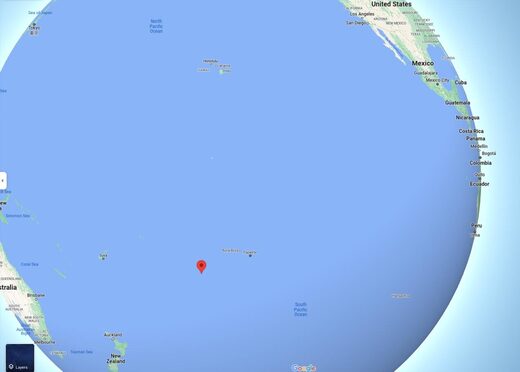 He said there was “an unexpected tide” on Rarotonga.

The low-lying coastal areas in Puaykura district and Titikaveka in Takitumu district were the hardest hit.

At the Rarotongan Hotel, guests were moved out of their rooms because some of them were on the beach,” he said.

Strickland said that while the situation had calmed down, he had received reports early Thursday morning local time that there was heavy unrest in the northern islands, leading to school closures.

Emergency services remain on high alert and new warnings have been issued for the northern Cook Islands.

A meeting is currently being held between representatives of the Red Cross, the police and other emergency services.

“It looks like there are a few events that have exceeded expectations, and they are associated with several tides. So it’s very unfortunate, terrible to see the damage from the high pressure system,” he said.

The level of the ocean surrounding French Polynesia has risen significantly and flooded roads and houses bordering the ocean on the west coast of Tahiti.

This week, French Polynesia was hit by 8-9-meter storm waves.

All sea and water activities, including visiting the beach, are prohibited in most of the territory.

According to local meteorological authorities, this is an “exceptional phenomenon” that has not been observed in French Polynesia since 2005.

Local fisherman Benjamin Tematahotoa said he was worried his boat would die in the flood.