(ORDO NEWS) — For the first time, researchers started talking about an unknown underground people in 1946. This happened after the writer, journalist and scientist Richard Shaver told readers of the American paranormal magazine Amazing Stories about his contact with aliens living underground.

According to Shaver, he lived for several weeks in the underworld of mutants, similar to demons, described in ancient legends and tales of earthlings.

By the way, almost any nation has similar myths that tell about the race of ancient creatures that inhabited the planet Earth millions of years before a human foot set foot on it. Infinitely wise, talented and culturally advanced, they do not want to have anything to do with people.

One could attribute this “contact” to the violent fantasy of the writer, if not for hundreds of responses from readers who claimed that they also visited underground cities, communicated with their inhabitants and saw various miracles of technology, not only providing underground inhabitants of the Earth with a comfortable existence in the most its bowels, but also giving the opportunity to… control the consciousness of earthlings! 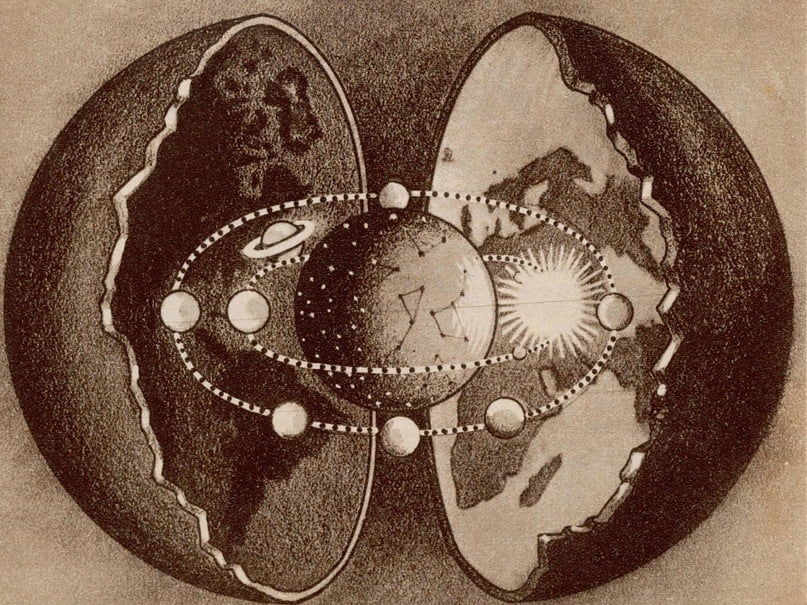 This unusual story, oddly enough, had a huge impact on scientists and gave a new impetus to the study of the paranormal.

However, the English astronomer of the 17th century Edmund Halley, the writers Jules Berne in the novel Journey to the Center of the Earth, Edgar Allan Poe in Arthur Gordon Pym’s Narrative, and some others argued that the Earth is an empty ball in their writings.

Moreover, in the 18th and 19th centuries, the United States of America even considered the possibility of equipping a special scientific expedition that would prove that our planet is a hollow ball and it is easy to penetrate into its bowels through holes in the earth’s crust.

But, as it turned out over time, getting underground is not so easy.

The deepest well to date is located on the Kola Peninsula in Russia near Murmansk and is called the Kola Well. It was drilled for research purposes in 1970.

Five years later, the depth of the Kola well reached 7 km (about 23,000 feet). Work continued until the project was abandoned in 1989 because the drill got stuck in the rock at a depth of just over 12 km (nearly 40,000 feet or 8 miles). This is the current record for the depth reached by man. 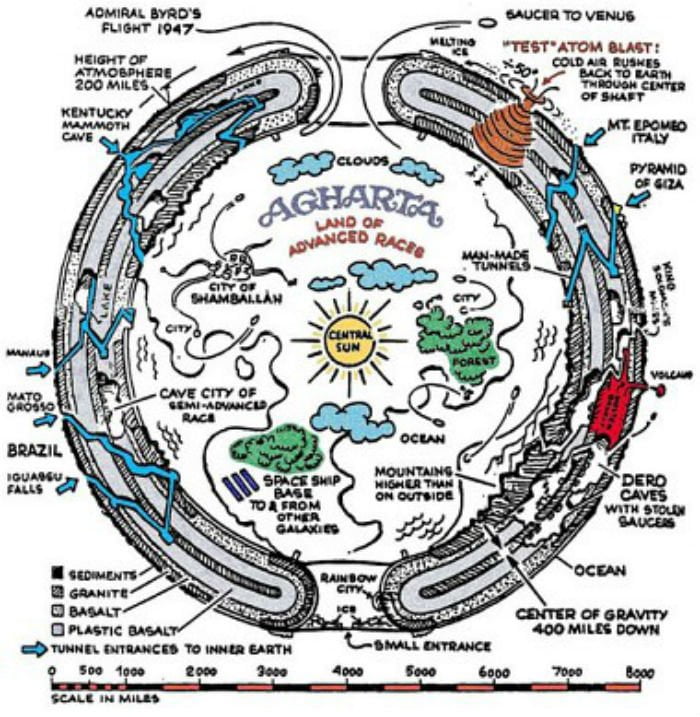 Thus, the Earth’s shell is much larger than what scientists can unearth.

Scientists of the Third Reich were also very interested in the mysterious world of the underground. For example, back in 1942, with the support of Goering and Himmler, an expedition, which included the most advanced minds of National Socialist Germany, set off in the strictest secrecy in search of an underground civilization.

It was assumed that the “home” of the super-developed peoples of antiquity would be found on the island of Rügen, located in the Baltic Sea.

The expedition also had other goals. German scientists seriously hoped that if they managed to place fundamentally new radar devices underground, they would come close to the goal of world domination.

In 1963, two American miners, David Fellin and Henry Thorne, while tunneling, saw a huge door with marble steps descending behind it.

This story takes us to the events of August 13, 1963 in Shepton, located in the anthracite coal belt of Schuylkill County in eastern Pennsylvania, where the famous Shepton mine disaster and rescue took place. Three men were trapped 330 feet underground after a mine shaft collapsed.

About two weeks later, on Tuesday, August 27, two of the miners, Henry Throne and David Fellin, were brought to the surface safely after rescuers successfully drilled a 17 1/2-inch and then a 28-inch hole in their chamber, while a third miner, Lou Bova, who was trapped in another part of the mine, sadly died.

The story of Tron and Fellin’s survival and rescue was enough to capture the attention of the entire world, but it was what they claimed to have seen and heard while in the mine that captured the public’s attention, statements that both men swore to be authentic, as individually, and publicly, the strong statements that they took with them to the grave, although others believed that they simultaneously witnessed the same hallucinations. 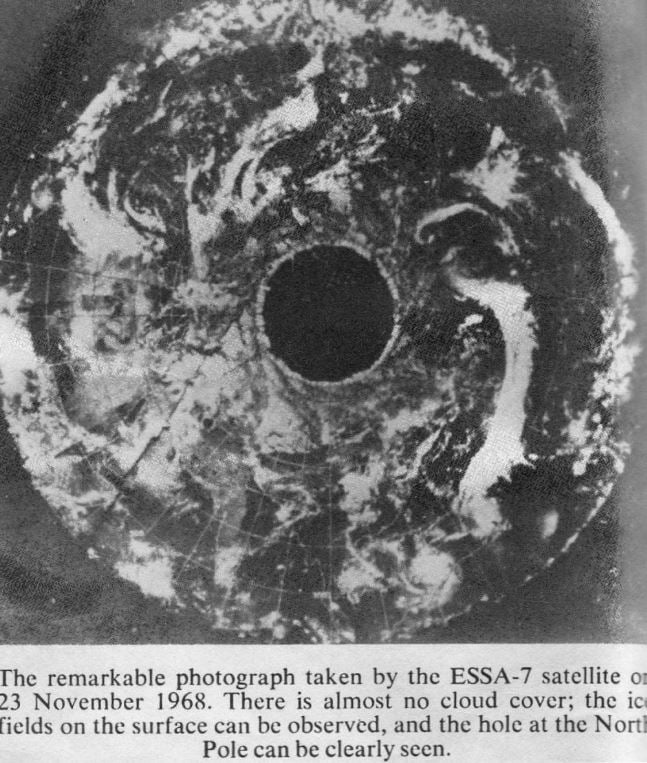 The August 29, 1963, Philadelphia Inquirer published David Fellin’s “affidavit” in which he noted:

“Now they’re trying to say that it was all hallucinations, that we made it all up. It’s not. Our minds didn’t play us. I’ve been a practical, die-hard miner all my life. Back in the mine, my mind was clear. clear.”

Fellin further noted that some of the things he and Tron saw they could not explain in words, but on the other hand, he stated: “On the fourth or fifth day we saw this door, although we had no light from above or from our helmets.

The door was flooded with bright blue light, very clear, better than sunlight, and two ordinary looking men, not miners, opened the door.

We saw beautiful marble steps on the other side. We saw it for a while, and then we stopped seeing… We saw many other similar things that cannot be explained. But I’m not going to tell you about them, because I feel all this too deeply. ”

Other miners, already in England, digging an underground tunnel, heard the sounds of working mechanisms coming from below.

When the stone mass was broken, a staircase leading to an underground well was also discovered.
The sounds of running machines intensified. Frightened to death, the workers ran away, and returning after some time to this place, they could no longer find either the entrance to the underground well or the stairs.

In the 1970s, interesting photographs were obtained from an American satellite, which then went around many Western scientific journals: in the place where the North Pole should be, the satellite found a dark spot of the correct shape, similar to a huge hole.

It would be possible to attribute these pictures to equipment problems if it were not for exactly the same photographs taken several years later. 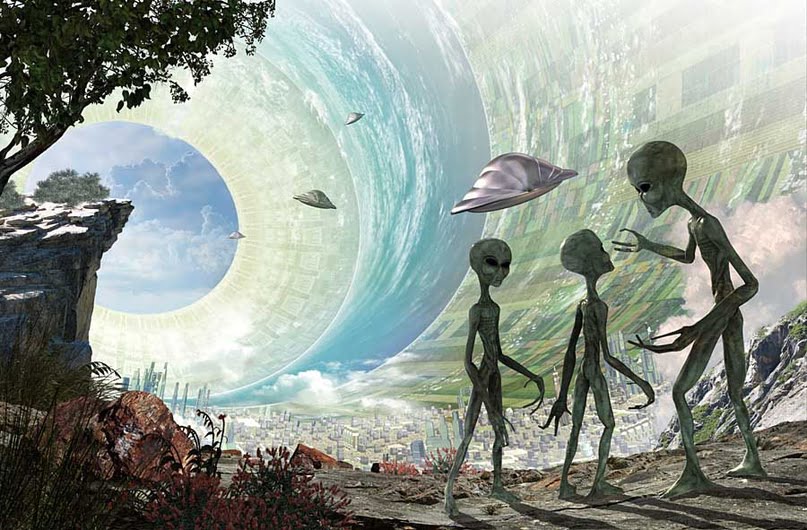 Also interesting are the testimonies of the anthropologist James Macken, who examined the cave in Idaho, which is notorious among the indigenous population.

Makkena and his companions, after several hundred meters of careful movement along a wide stone corridor, suddenly heard screams and groans, and soon terrible finds appeared in front of them in the form of human skeletons.

Unfortunately, further exploration of the cave, which in these parts was considered the entrance to the underworld, had to be stopped: the smell of sulfur was simply unbearable.

If we turn to the opinion of scientists, then geologists do not share the theory of the ubiquitous cavity of the Earth, although they do not deny the possible presence of huge voids in its depths.

It is unlikely that people could live there, because inside our planet there is not only a rather high temperature, but also very little oxygen, but it is full of other gases that are incompatible with human life.

All this prompted restless researchers to create a new hypothesis: perhaps the underground civilization has an extraterrestrial origin?

Why not? Perhaps, alien beings, tired of the constant wars and strife of mankind, moved underground, from where they still observe our development…

And it is from underground, and not from other galaxies, that from time to time they appear in the sky on flying plates, come into contact with people and conduct their cruel experiments on them.

But here a natural question arises: if our Earth is still hollow from the inside, then why the entrance to the underworld has not yet been discovered.

The closest to a possible truth came a group of scientists from the United States, who suggested that underground cities exist… in the fourth dimension.

And only when the electromagnetic field of the Earth changes from time to time, the entrances to the tunnels open on its surface, allowing you to see the underground cities and their inhabitants. At other times this is not possible.

And if we really incline to the hypothesis that some intelligent beings live in the bowels of our planet, then many mysterious phenomena will find their explanation.