(ORDO NEWS) — Deep under the Turkish city of Derinkuyu, there is a whole world that goes underground for 85 meters. Occupying a vast territory and having a network of labyrinthine tunnels,

Derinkuyu was lost to history until 1963, when a man accidentally discovered a tunnel behind one of the walls of his house. The underground city is 18 stories deep, with wells, chapels, stables, schools and more, and is said to have been able to accommodate up to 20,000 people.

Penetrating deep into the earth: the “Forgotten” city of Derinkuyu

Creating an underground city carved into the soft volcanic rock known as tufa in Turkey’s Cappadocia region was an incredible achievement.

The complex is a stunning example of ancient engineering, including ventilation shafts, wells, water tanks and an extensive network of passages and tunnels.

There are stables, apartments, utility rooms, chapels, tombs, and even wine and oil presses. The passages are “guarded” by stone doors weighing 454 kg, which could only be opened from the inside.

In the interest of additional security, each layer could be isolated from the others, although all layers had access to each other.

“Those who lived in the lower levels… could cut off the water supply to the upper and ground levels, preventing enemies from poisoning the water supply,” the IFLS report explains.

“The tunnels could be blocked from the inside with round stone doors, and the passages themselves were narrow to force the invaders to line up one at a time.”

The most amazing thing is that this huge network of tunnels and living quarters has been abandoned and forgotten.

IFLS reports that Derinkuyu was only rediscovered in 1963, when a local resident used a sledgehammer to knock down a wall and come face to face with an entire underground world carved into soft rock.

It has been included in the UNESCO World Heritage List as a site called “Göreme National Park and Cappadocia Rock Sites”.

Derinkuyu is not the only underground city in Cappadocia. In fact, it is said to be just one of more than 200 underground shelters that have been discovered in volcanic ash rock, including Kaymakli near Nevsehir and Mazi near Urgup.

Some claim that the inhabitants of Derinkuyu can visit other underground cities through a huge network of tunnels.

In 2015, National Geographic reported the discovery of another underground city under a hilltop castle in Nevsehir during the construction of a local housing project.

In terms of size, it is not inferior to Derinkuyu, “apparently, it was a large self-sufficient complex with ventilation shafts and water channels.”

Initial research by the University of Nevsehir concluded that the site was 113 meters deep and 460,000 square meters in area, making it larger than Derinkuyu.

Who built the underground city of Derinkuyu?

Until recently, the origin and purpose of the city were unknown. According to the Turkish Ministry of Culture, the city was built 2,800 years ago in the 8th century BC by the Indo-European Phrygians.

It was later expanded during the Byzantine era, probably by Christians who, according to historians, used it as a hiding place to avoid persecution.

The church that exists on the lowest floor can confirm this theory. In the 20th century, the underground city was also used as a place to hide from persecution during the Ottoman Empire.

Culture Trip explains that the underground city has been abandoned since 1923 after the expulsion of Christians by the Turkish government and was only rediscovered in the 1960s.

But there are also alternative theories. Some claim that the underground city was built by the Anatolian Hittites in the 15th century BC to hide from enemies.

Others hypothesize that the underground cities were created during the Younger Dryad about 14,500 years ago when a comet broke apart, causing its segments to explode in the Earth’s atmosphere, throwing dust and soot into the atmosphere, eclipsing the sun for several months. causing temperatures to drop and plunging the world into an ice age.

According to this theory, these underground cities were created at the same time as Göbekli Tepe, located 600 kilometers (370 miles) east of Derinkuyu.

As usual, there are those who associate the creation and purpose of these underground cities with aliens. According to one such theory, the city was built by alien beings who later abandoned it.

According to another version, the city was created by people to protect themselves from airborne invasions of extraterrestrial beings.

As Jim Willis stated in an Ancient Origins article, “Only one thing is certain. They’re out there. Someone built them a long time ago, perhaps much further back than modern archaeologists are willing to admit.

The original builders must have had a good reason, to accomplish such a daring feat, but then they were lost to history, their presence completely forgotten. And no one knows why.”

Visit the underground city of Derinkuyu

The ancient underground city of Derinkuyu is only 35 km (21.7 miles) south of Göreme. Inscribed on the World Heritage List in 1985, today it is one of the main tourist sites. Hidden under the dusty streets of Derinkuyu, it is open every day and can be accessed by paying an entrance fee.

There are few signs here, so you should visit it with a guide. The top eight floors are open to the public, but it is important that you are in good shape as you will have to climb and descend very steep stairs and through narrow tunnels. This ancient site is not recommended for people suffering from claustrophobia. 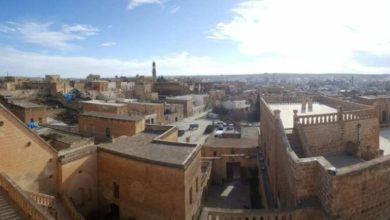