(ORDO NEWS) — Someone dumped Roman statues, funeral urns into the ditch, and threw a headless human body next to it.

The planned construction of the HS2 high-speed rail in the United Kingdom is an endless string of archaeological finds. It is difficult to remember the period of the same take-off of British archeology in the past. We wrote that quite recently, during the surveys preceding the construction of this road, a hitherto unknown Roman city was discovered that arose on the site of an earlier settlement. And now – again new finds.

As part of the work leading up to the construction of HS2, archaeologists have been exploring St Mary’s Church in the village of Stoke Mandeville in South Central England for almost four years. The church is dated 1080, and next to it, according to tradition, there is a cemetery. The main initial task was precisely to reburial the ashes of the deceased from this cemetery. During the work, the remains of about three thousand people were moved.

The building of the church itself has been considered abandoned since about 1880, and in 1966 the authorities decided to simply demolish it. No one planned excavations at the site of the church at that time. The more interesting is what archaeologists have discovered now. 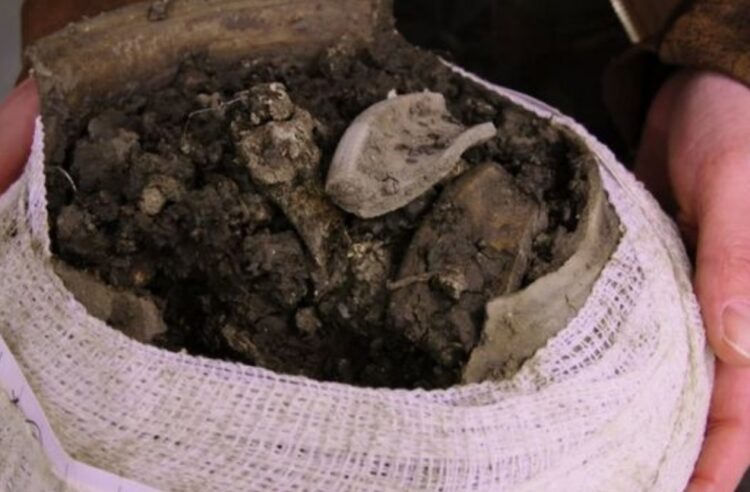 In October, a team led by Rachel Wood found three Roman busts under the foundations of the temple. It became clear that the place where the medieval Christian church stood has a more ancient history: in Britain, Roman sculptures are far from being found at every turn.

At the same time, a completely logical assumption was made that the church was put on the site of a Roman temple: such a substitution – within the framework of the displacement of religions – is generally quite common in history.

The new find is human remains. Archaeologists have unearthed a square footprint (depression) from the foundation, surrounded by a circular moat from the outside. And in the moat there are several burial urns with ashes and another separate skeleton.

True, the state of the skeleton can hardly be called ordinary. Firstly, the skull is completely missing – and during all the excavations of the Church of St. Mary, not a single ownerless head bone has yet been found (that is, they were not dragged away by wild animals). In addition, the bones of the legs are broken (without traces of healing) of the skeleton.

Experts from the Wood group believe that such injuries indicate a violent death, and it is difficult to disagree with them. But the circumstances of death raise questions, because the “headless skeleton” was found in the same section of the moat as the aforementioned burial urns. And these urns give the impression that they were thrown into the ditch, and then smashed into pieces. 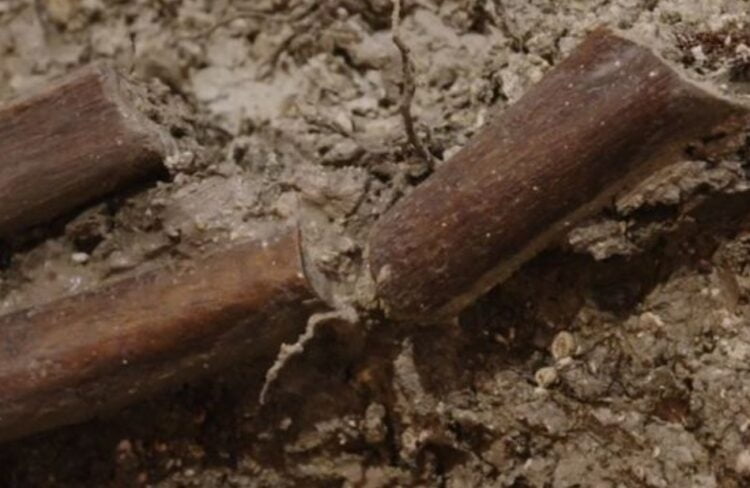 That is, Roman statues, as well as funerary urns left from the same time, were piled into one heap, smashed as far as they could, and a headless body was thrown nearby. From above, everything was covered with rubble. Most likely, we have a picture of the deliberate destruction of a Roman sanctuary or temple.

To understand how this happened, the dating of the layer where all this was found is extremely important. While it is very approximate – the very end of the Roman period in Britain or a little later, VI-VII centuries. But several coins were found in the urns, so the researchers hope that by examining them, they can get a more accurate date.

If the murder and destruction of statues and urns took place in the late Roman period, then this is most similar to another predatory campaign from the north, during which the Picts destroyed the sanctuary and killed its probable defender.

The absence of a head is then quite understandable: the military traditions of the Picts look wild for our contemporaries. And they included, among other things, the beheading of enemies. Recall that in the late Roman period in Britain there were so few legionnaires left that the country was practically defenseless against raids from the north.