(ORDO NEWS) — A huge number of locusts are moving across southern Africa, which can destroy food and threaten seven million people in the region.

The warning came immediately after many locusts arrived in East Africa in early 2020. Huge swarms of insects have also been observed in India. In one day, locusts can destroy food for 2,500 people. Whole cities can be left without food in a few days. At the same time, insects reproduce very quickly, and in a short time the flock can increase to 80 million adults per square meter.

A few days ago, FAO warned of outbreaks that have been reported in Botswana, Zimbabwe, Namibia, and Zambia. Representatives of the UN said that it is necessary to act immediately, because those regions that were affected by the drought last year, and in this from the economic crisis due to the coronavirus, were under threat.

Locusts were first spotted in Africa at the end of spring. At the moment, it continues to actively reproduce and soon insects will pose a serious threat. At the same time, in some areas, immature flocks were noticed, which as a result may migrate to the southern regions, towards Kenya. This can happen in October when the wind direction usually changes.

It is worth noting that the Desert Locust is capable of reaching speeds of up to 16 km per hour and travels fairly long distances in a day, destroying everything in its path. Experts also warned that in many regions of Africa, the infestation of locusts may increase significantly, because in September many places with laid larvae are formed.

What will life be like on Earth without the Moon?

What will life be like on Earth without the Moon? 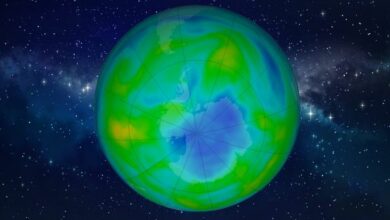